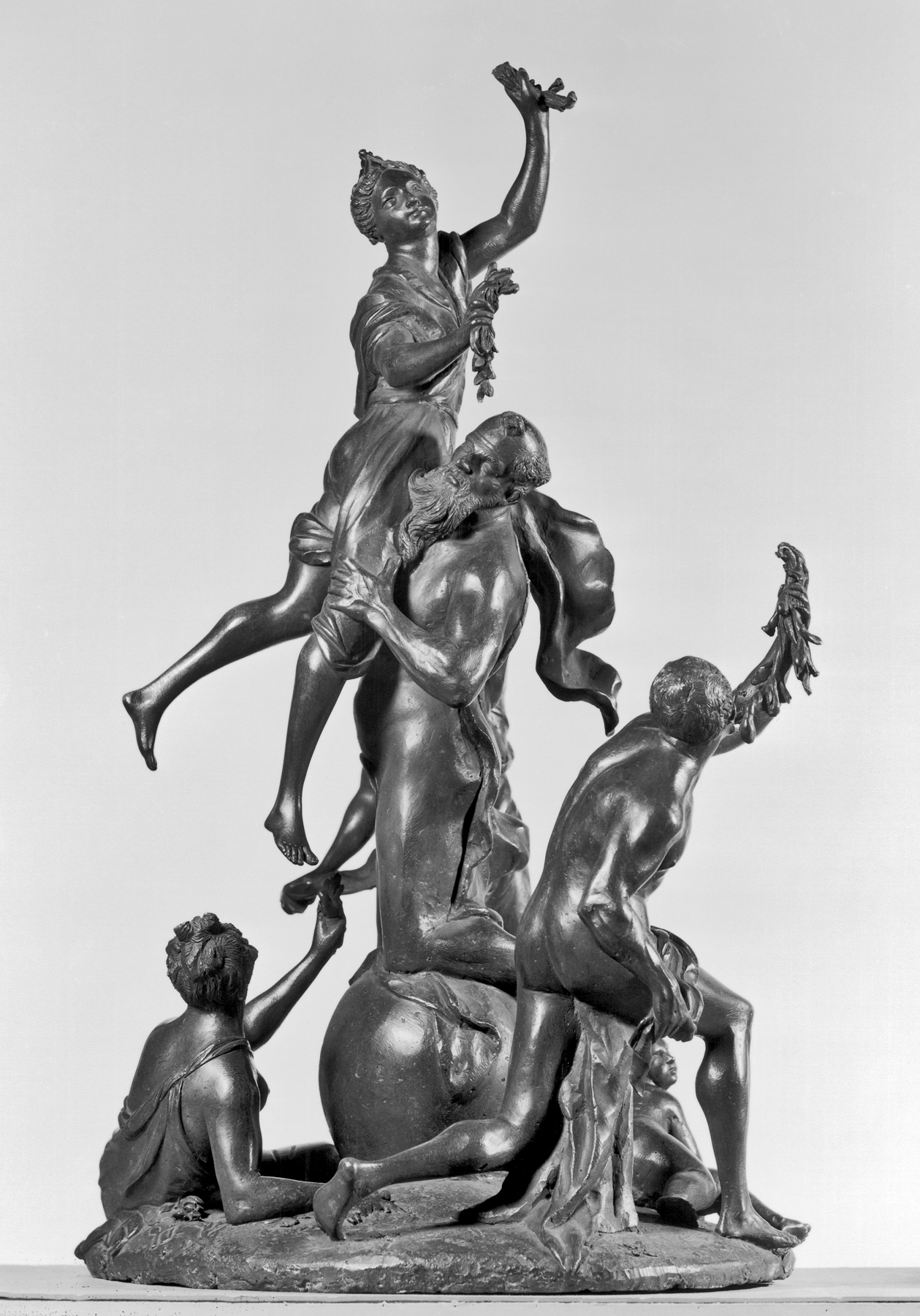 These four groups (Walters 54.659, 54.657, 54.660, and 54.658) are symbolic representations (allegories) of the four parts of which the world was thought to consist. The conceot of "continents" would come later. All have their names engraved. In the allegory of Asia, an older man carries a beautiful young woman and figures in dance-like movements surround them. They hold pieces of coral, plants, and spices. This limited view of a vast continent, essentially the main products imported from there, contrasts markedly with the complexity of the representations of the other continents. See further 54.657. 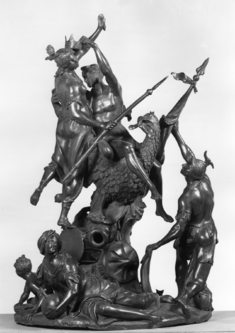 Allegorical Group Representing the Four Parts of the World: Europe 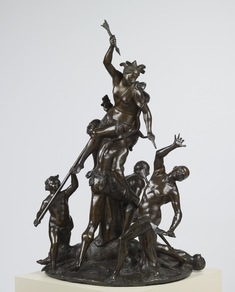 Allegorical Groups Representing the Four Parts of the World: America 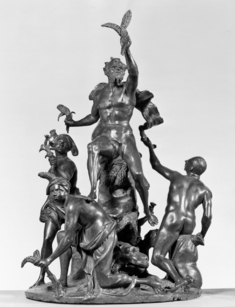 Allegorical Groups Representing the Four Parts of the World: Africa