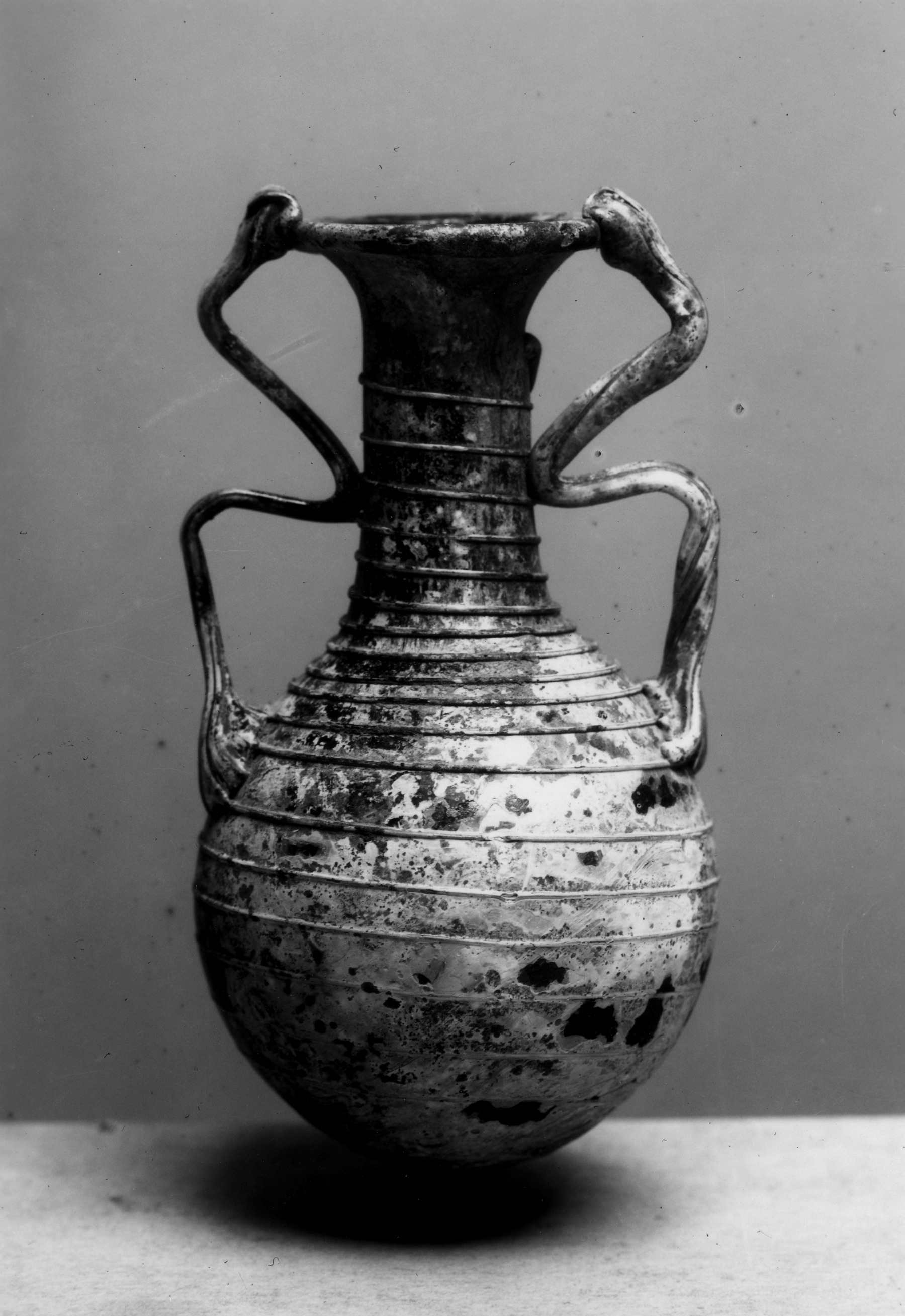 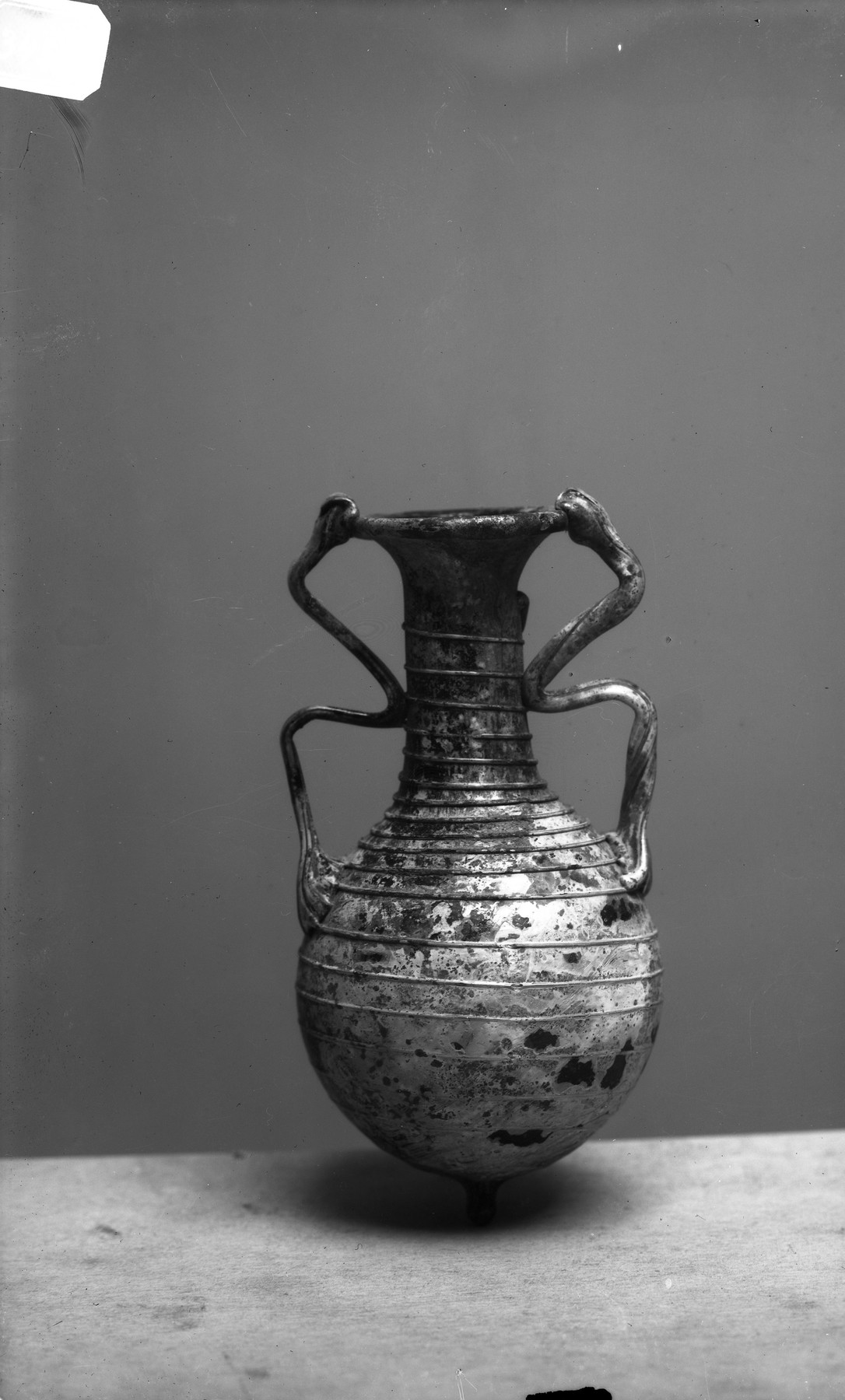 This Roman glass bottle was blown rather than being formed around a clay core, as were the earlier Egyptian examples. Invented around 50 BC in the region of Syria and Palestine, the technique of blowing glass revolutionized glassmaking.