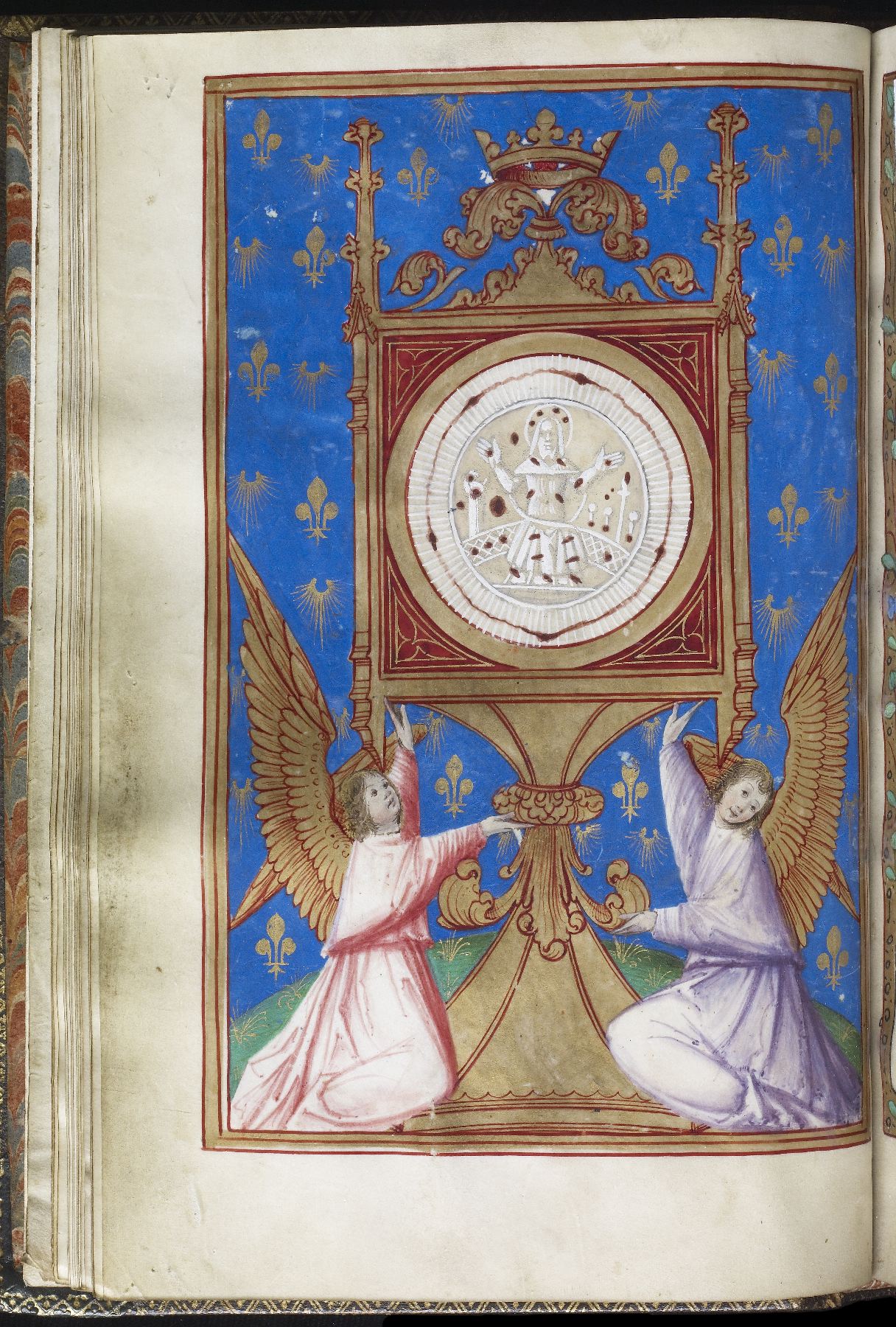 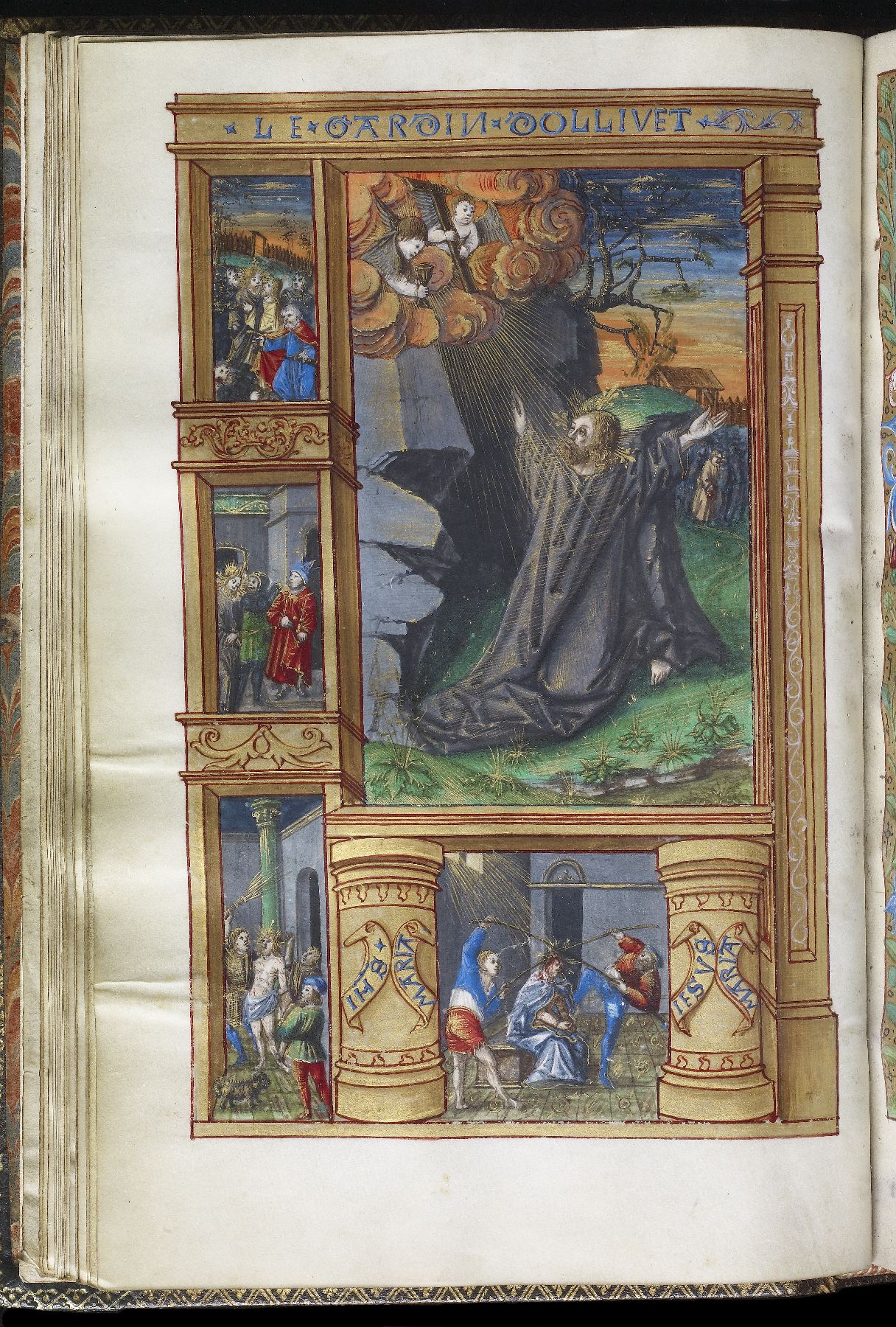 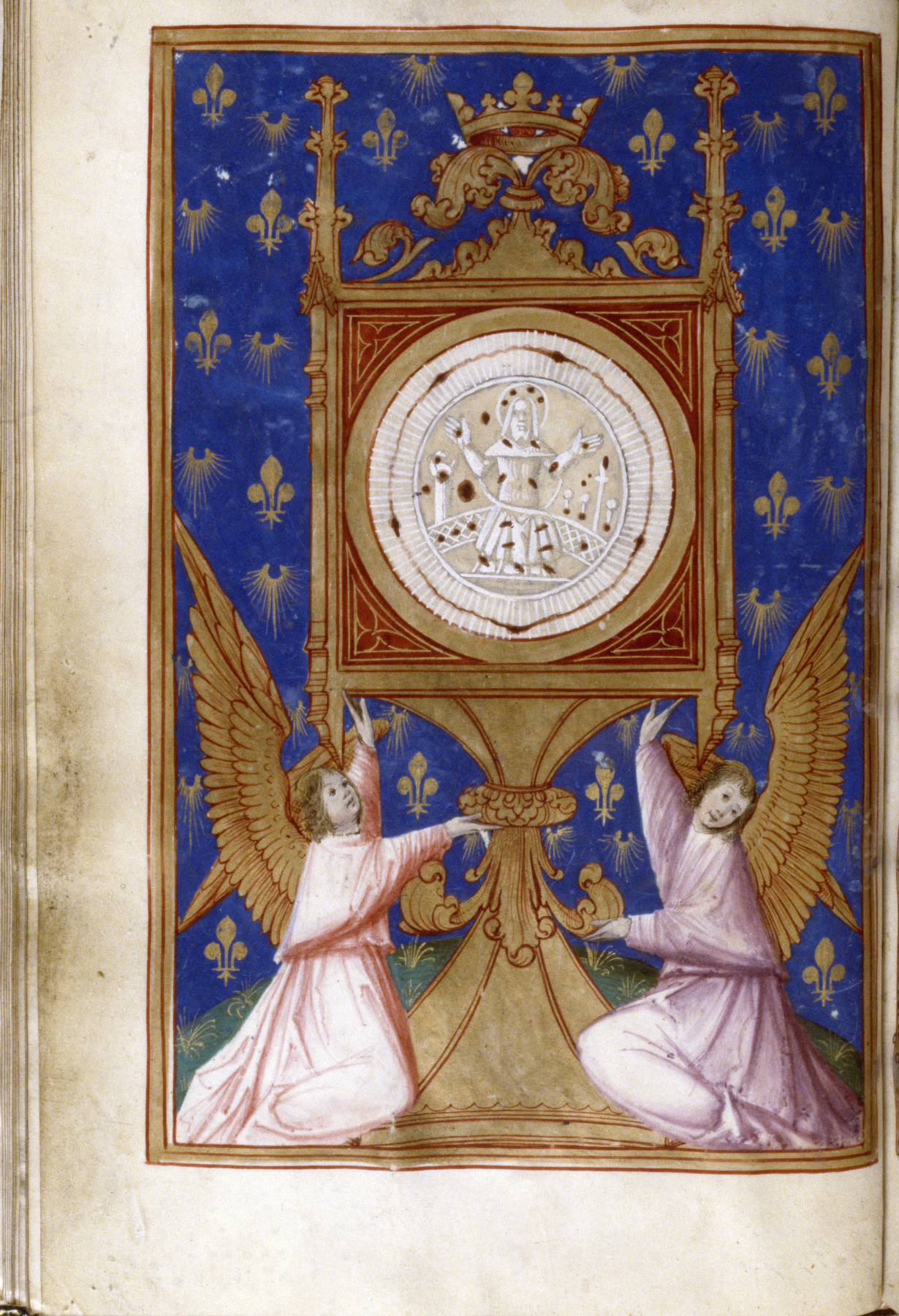 The Hours of Ogier Bénigne

This Book of Hours was created for use of Rome in ca. 1470-80. Regional saints in the calendar and litany indicate the residence of the unknown first owner in Burgundy. The book became into the possession of a woman named Louise Grefier in Dijon, whose burial in 1537 is recorded on fol. 141v. Other entries at the front and at the back of the book assure the ownership of the book by Grefier’s descendents until 1625 at latest. The most unique subject in this prayer book appears on a bifolio inserted in the sixteenth century (fols. 17v-18r). Fol. 17v presents a full-page view of the Miraculous Bleeding Host of Dijon enshrined in a monstrance; on the facing page, a traditional prayer for the elevation of the Host is bordered by quatrains recounting the provenance of the relic, namely, a Jew’s desecration of the Host, its miraculous bleeding and gift by the Pope Eugene IV in 1433 to the Duke Philip the Good of Burgundy. The gold monstrance encasing the Host was a gift of the duke’s wife, Isabelle of Portugal to her husband in 1454. The depiction of a crown atop the reliquary offers a terminus post quem for the attachment of the bifolio, as it refers to Louise XII’s gift in 1505 of his coronation crown to the Sainte-Chapelle in Dijon, where the Miraculous Host had been housed since 1433.

[1] Entries by family members in front and back of manuscript, including Ogier Bénigne

Acquired by Henry Walters before 1931