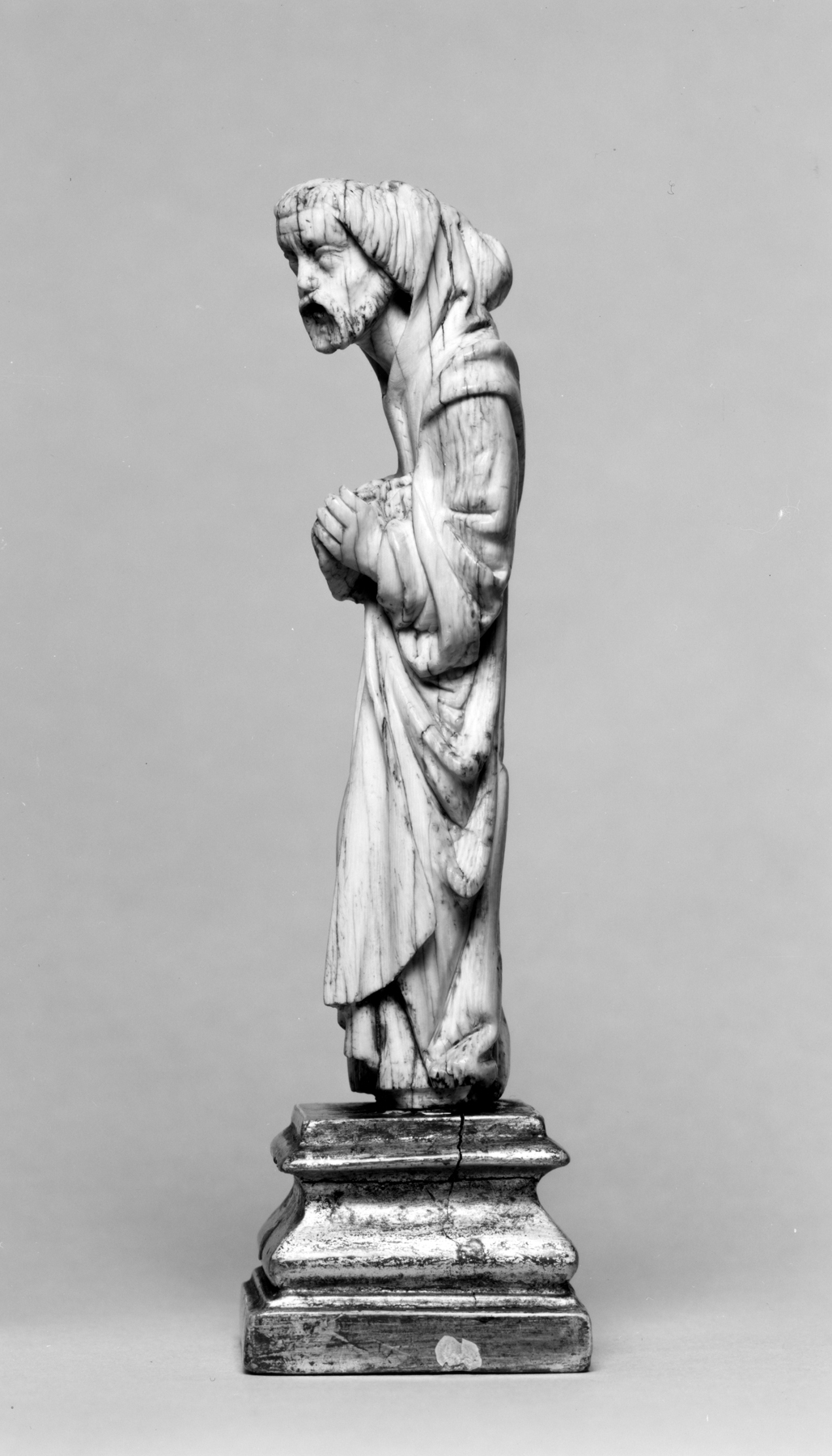 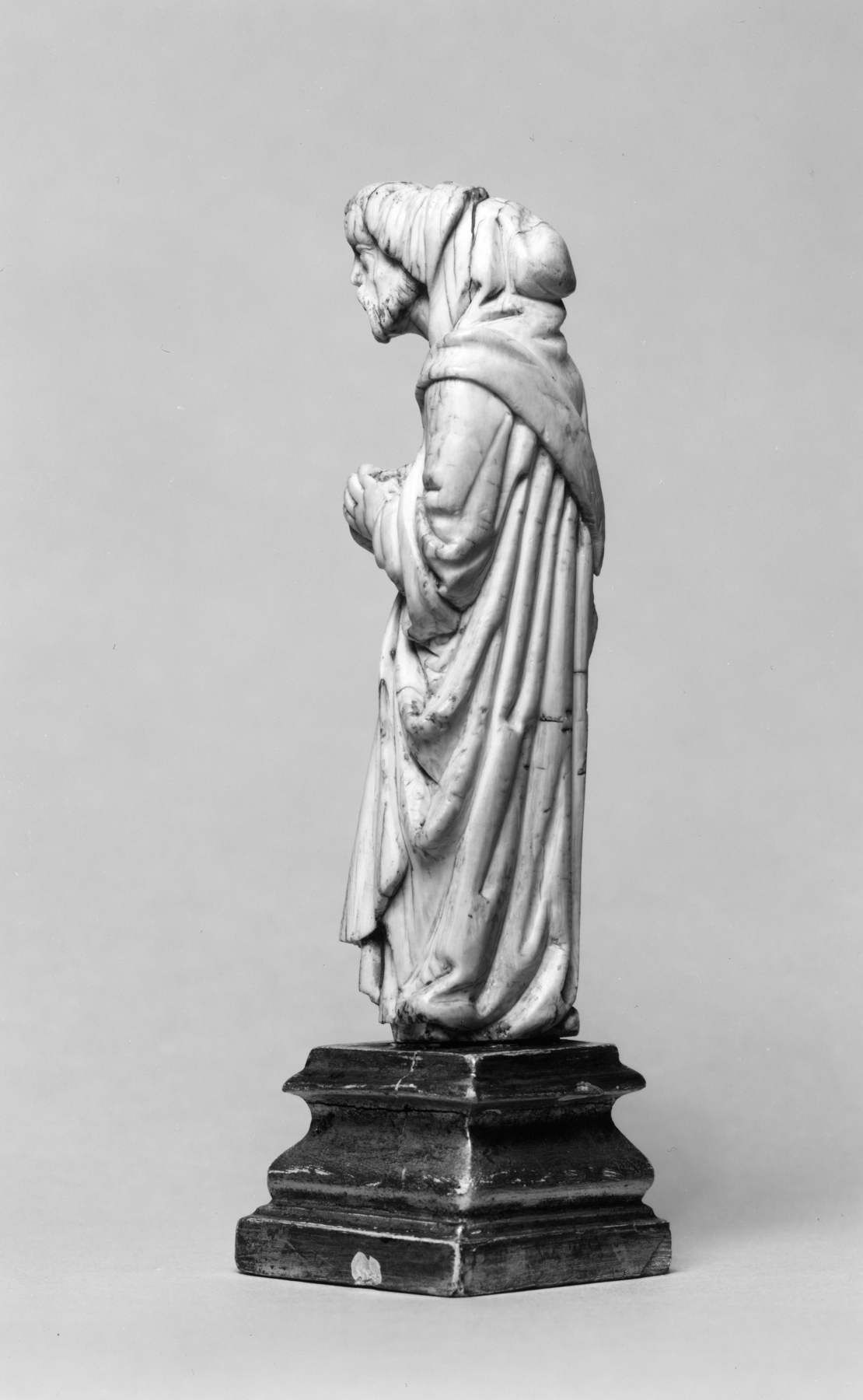 This unusual bearded figure stands bent forward, head projecting at a forty-five-degree angle, his hood falling back off his head. He holds an open book, which forms an X with the folds of drapery below. The straight folds on the front of the figure contrast with the shaper V-folds at the sides. Although the back is flat, as if the figure were intended to be seen against a background, it is carved with vertical folds. The eyes are half closed, the mouth is partially open.

The projecting head and open mouth, the boldness of the concept, and the contained emotion of the figure relate it to the works of Giovanni Pisano. The unusual treatment of the waist, with the decided break in the composition, is a favorite device of Pisano and may be seen in his Justice figure in the Palazzo Bianco, Genoa, among others. The half-closed eyes also appear in the Justice. The treatment of the figure's right knee under the drapery is paralleled in Pisano's Pisa Cathedral pulpit, the sharp drapery folds in his ivory Madonna in the Pisa Cathedral. However, the composition and treatment are weaker in the Walters figure, and the date seems to be more toward the middle of the century.

The base has been cut above the feet and minor alterations made to the hemline of the garments. The surface was partially cleaned at one time. There is a wide hole in the top of the hood.