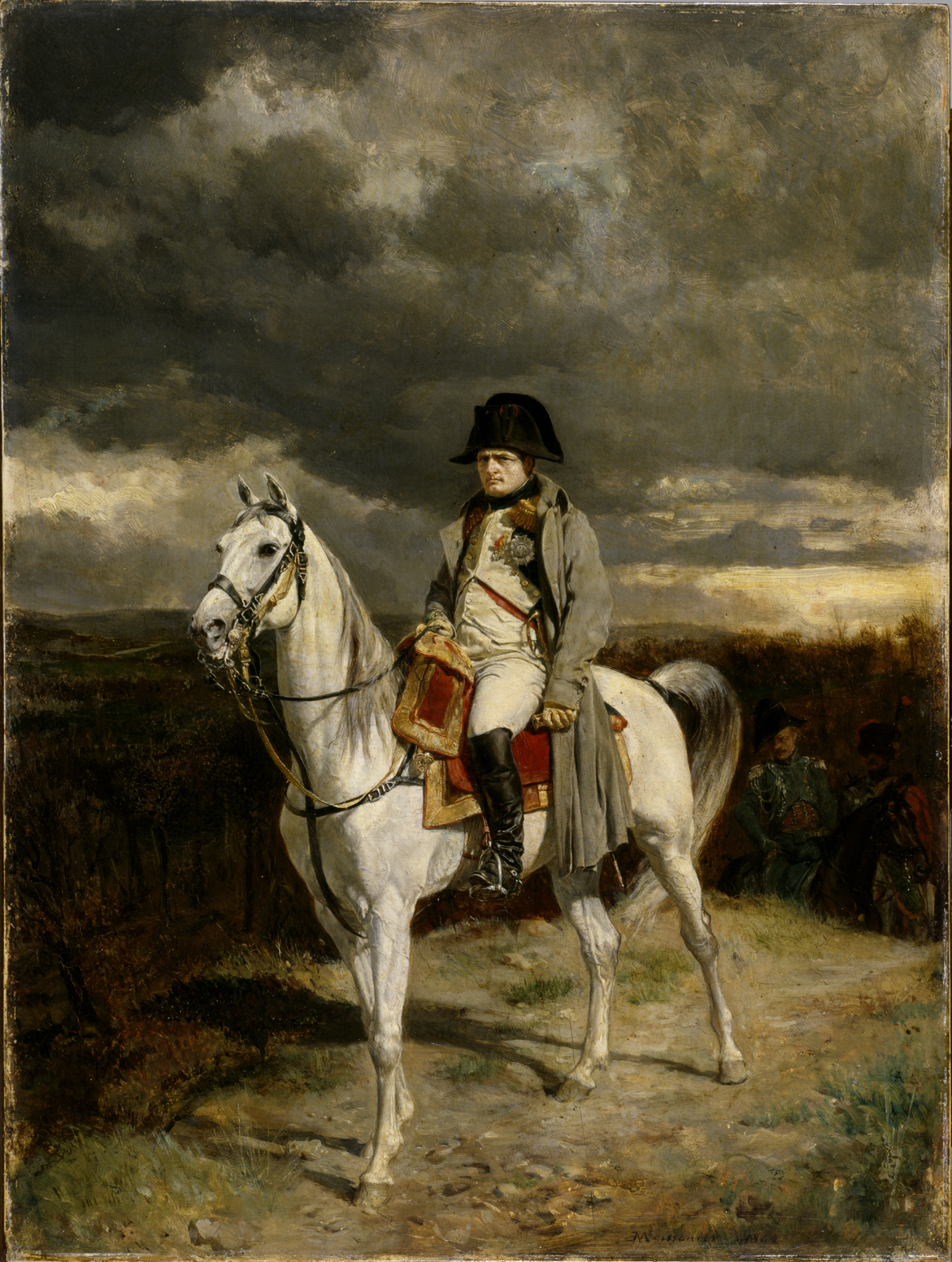 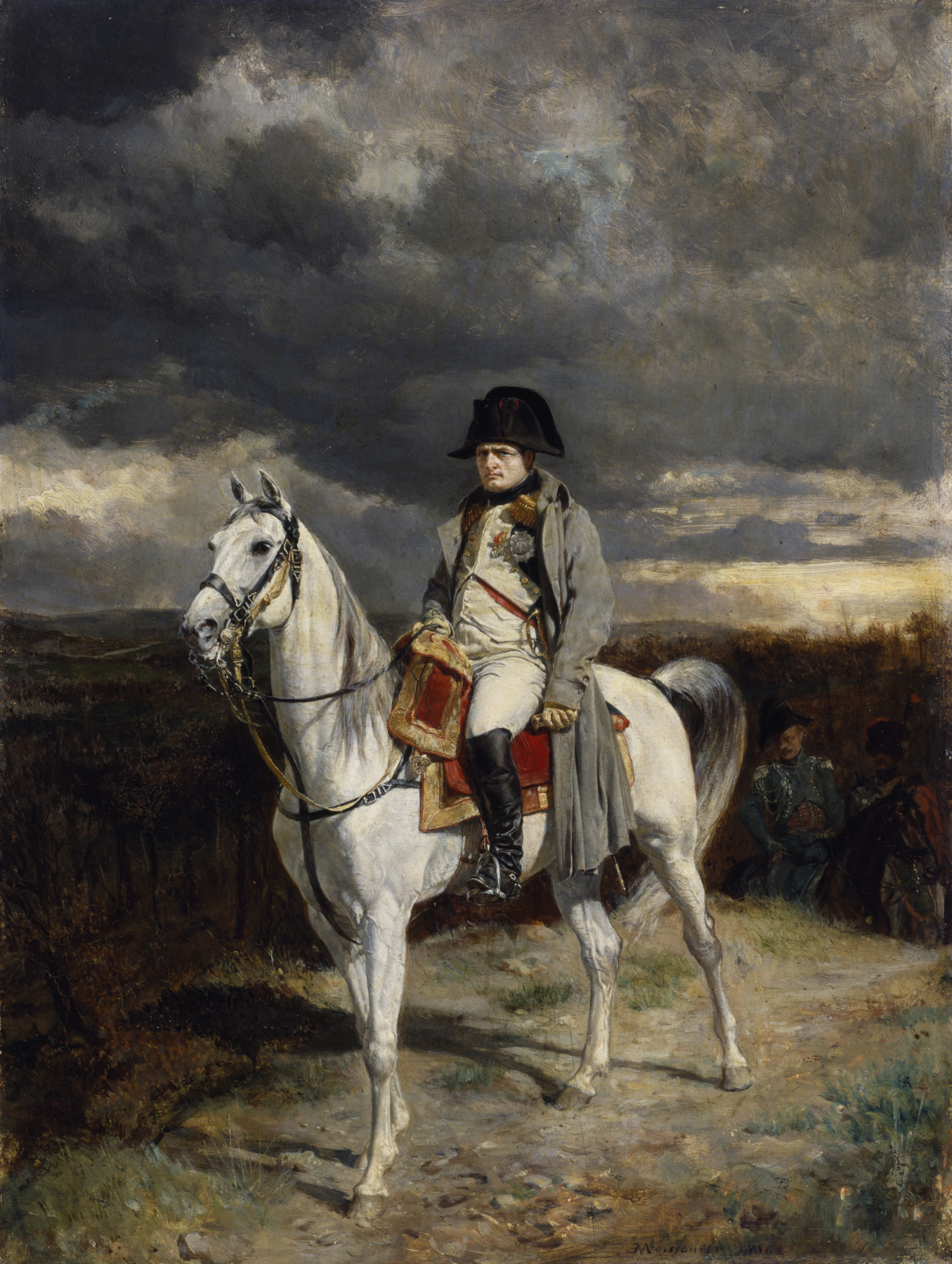 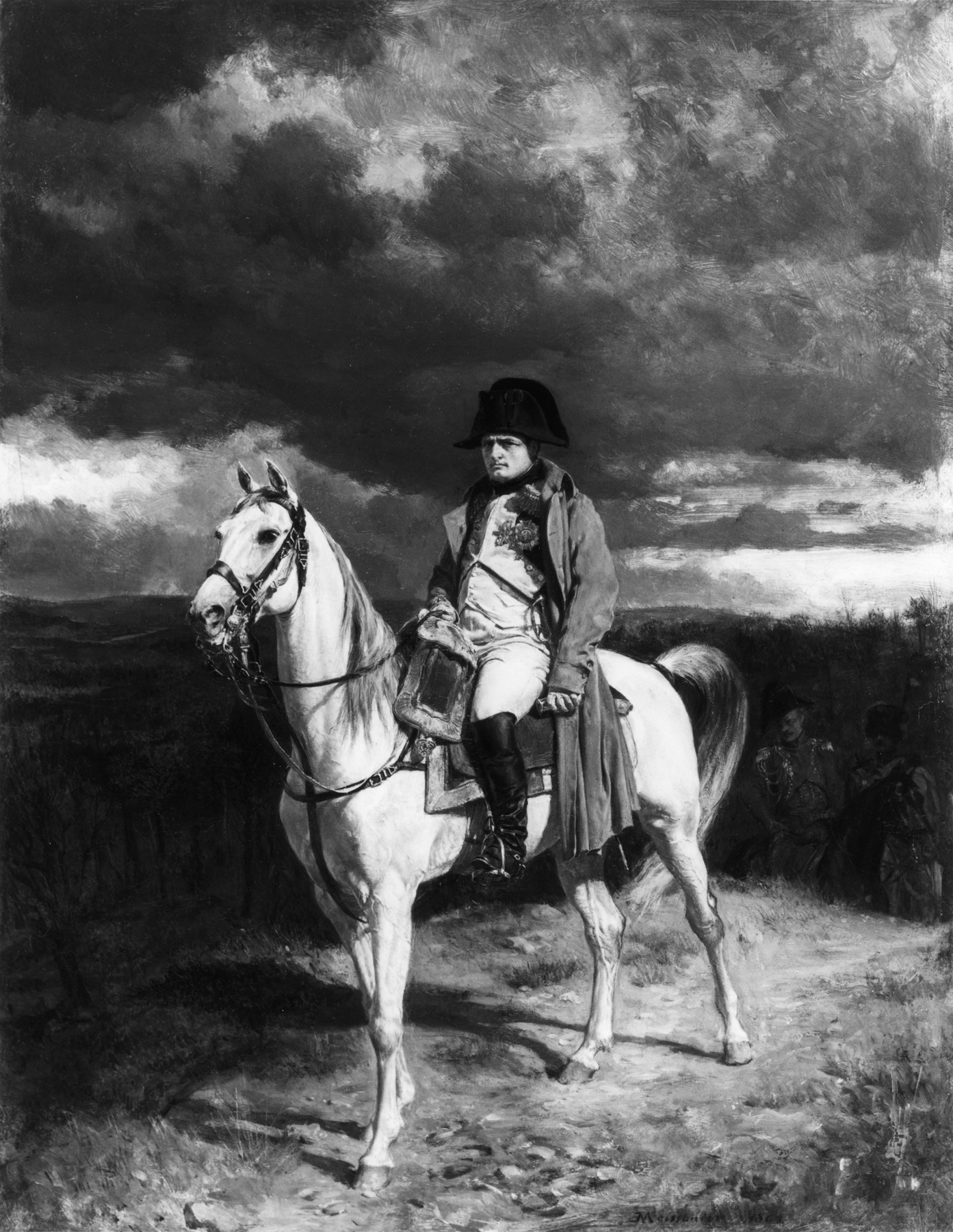 After accompanying the French army in the Austro-Italian War of 1859, Meissionier abandoned the small, Dutch 17th-century genre subjects for which he had become known and turned with even greater success to depicting events in the career of Napoleon I. In this small painting commissioned by the subject's nephew, Prince Napoleon, the emperor is portrayed in a forbidding landscape just after his last, hard-won victory in the 1814 French campaign that was fought at Arcis-sur-Aube, near Troyes: 23,000 French troops withstood the onslaught of 90,000 Austrians, but were unable to capitalize on their victory.