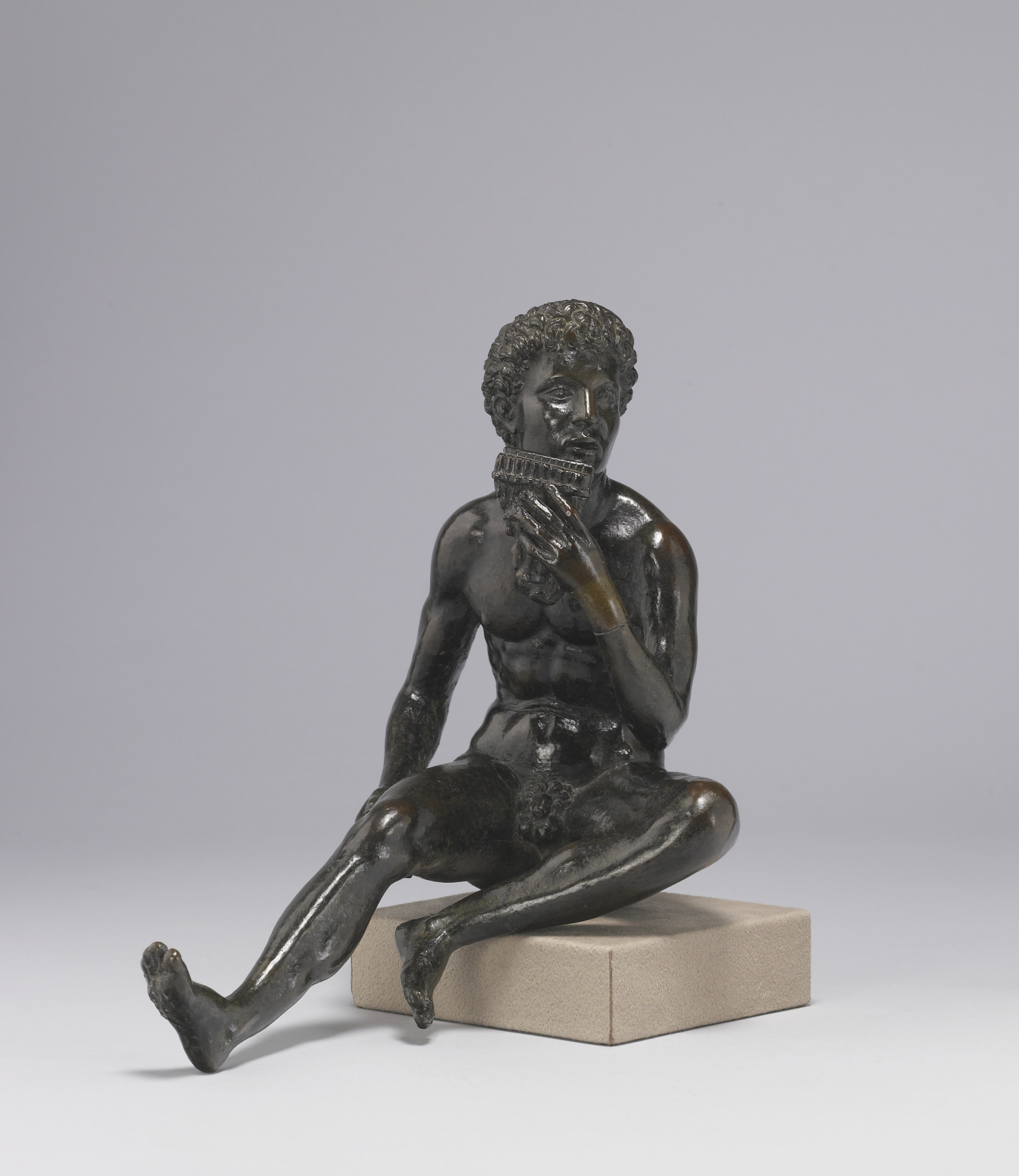 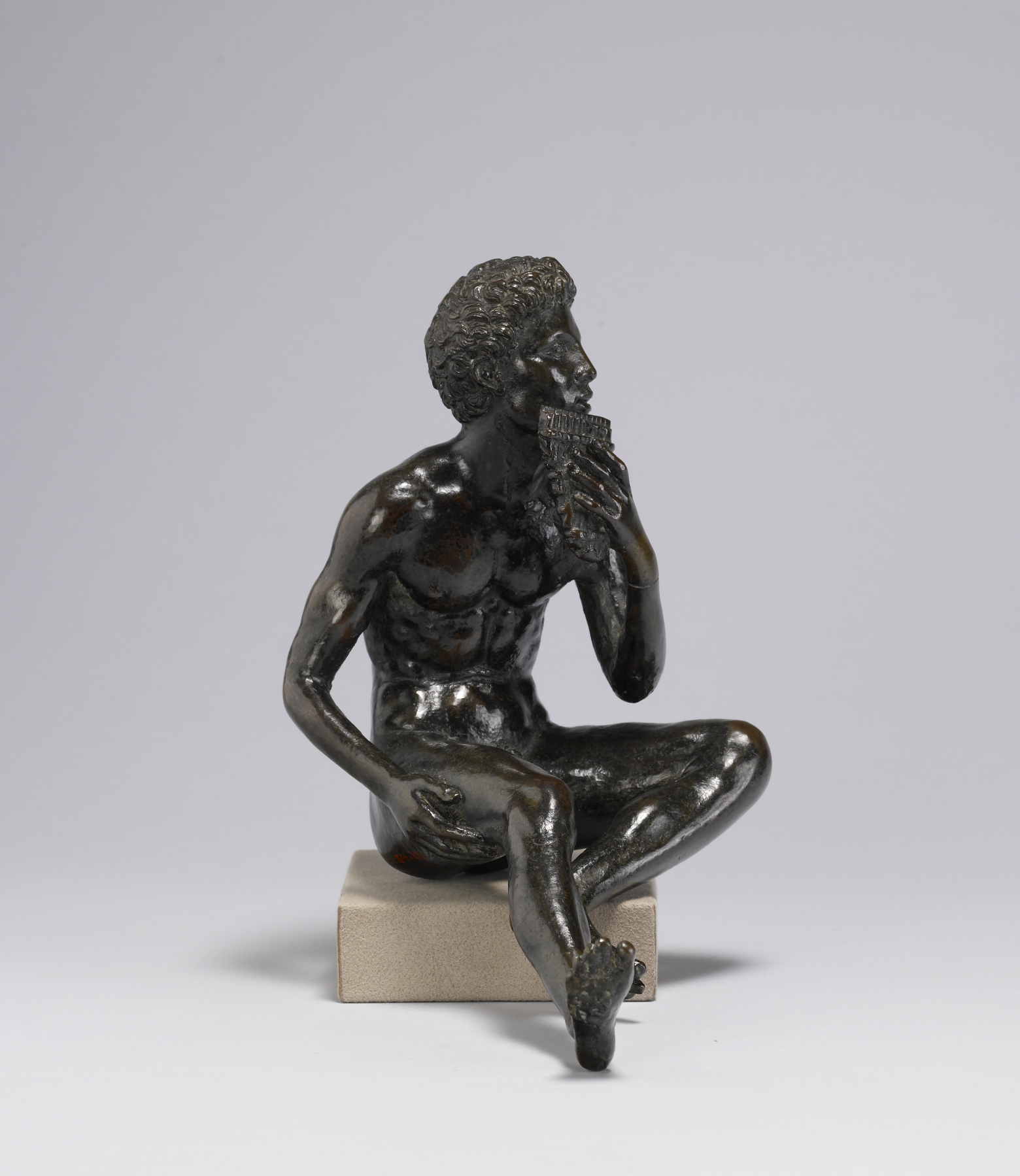 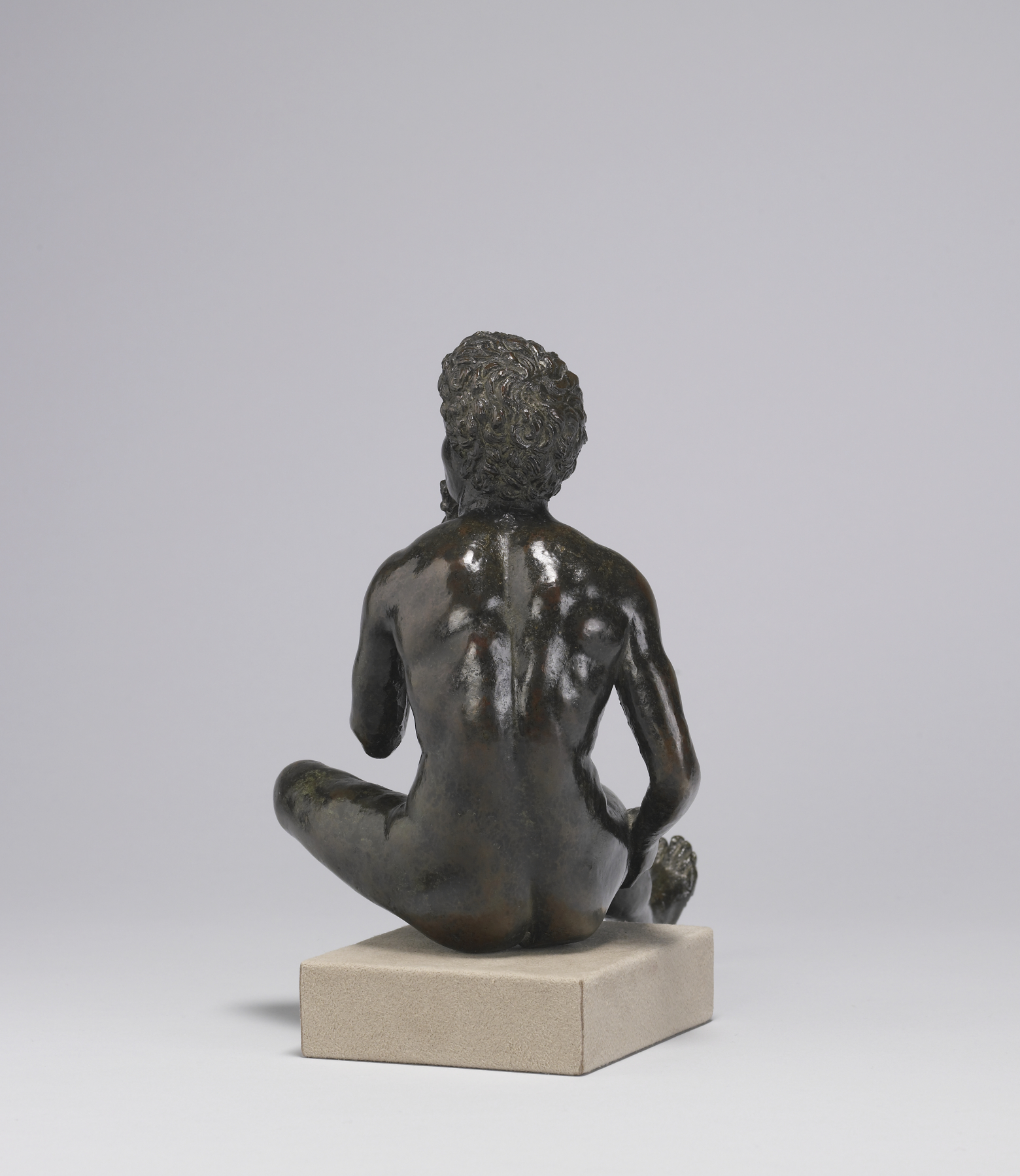 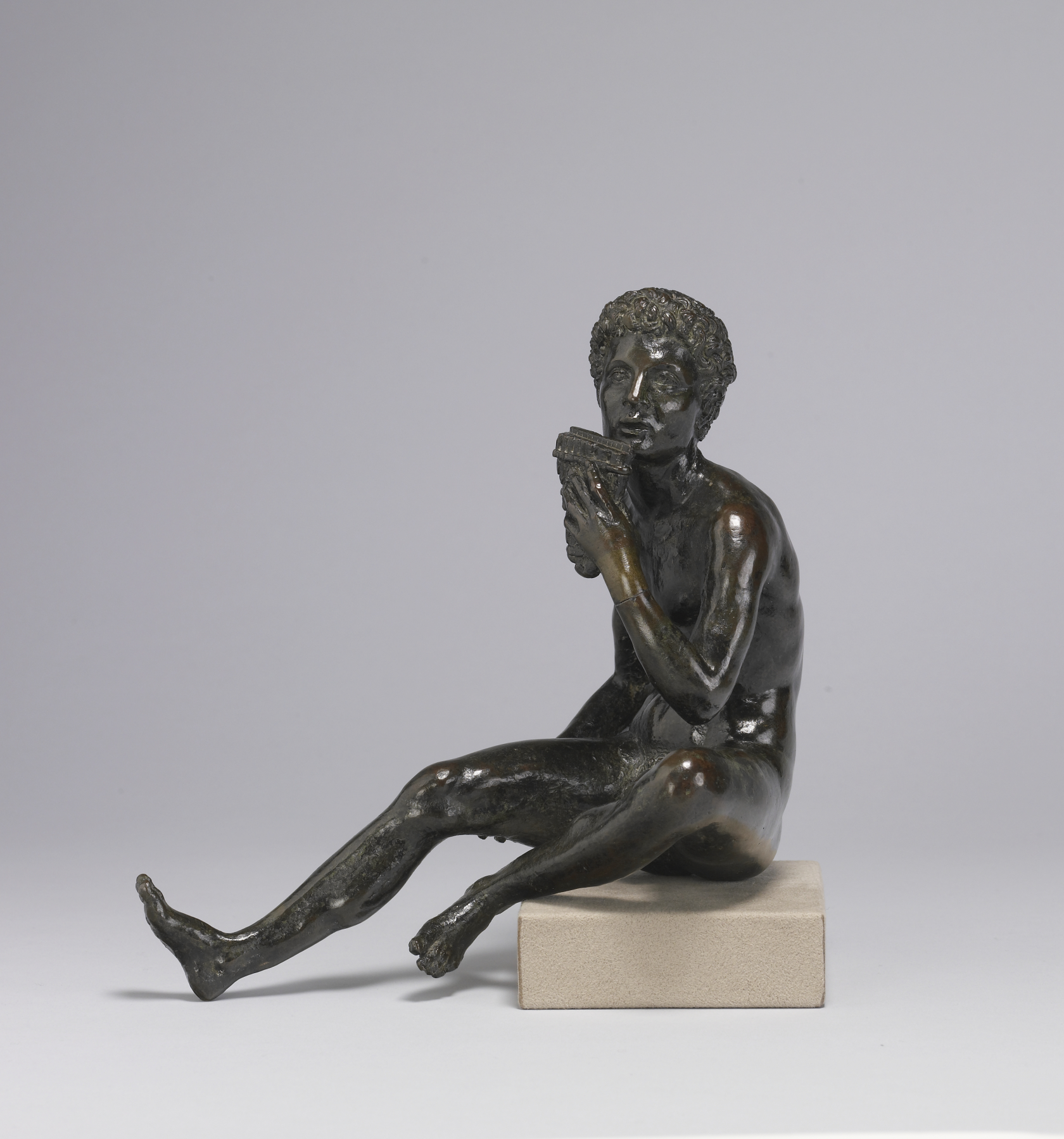 The Shepherd Daphnis Playing a Pipe

The naturalism and lyricism of this bronze statuette make it a masterpiece of the Renaissance. Riccio (also known as Andrea Briosco), one of the greatest artists in this genre, was a member of the humanist circles of the university city of Padua. He excelled in creating small bronzes that captured the spirit of antiquity without resorting to copying. This is a shepherd from the mythic world of Arcadia, where satyrs, nymphs, gods, and humans lived together at ease. With the unfocused gaze of one lost in creative thought, he is Daphnis, who was taught to play the hollow reed pipe by the god Pan and became the inventor of pastoral poetry (poetry associated with shepherds) - a classical literary form revived in Padua during the Renaissance. There is a representation of Daphnis and Chloe together (42.97) by Henri Louis François, 1841-1896.
The nickname "Riccio" means "hedgehog" and refers to the sculptor's extremely curly, indeed bristly hair, confirmed in his Self Portrait (Kunsthistorisches Museum, Vienna). It is very possible that he was in part of African ancestry.