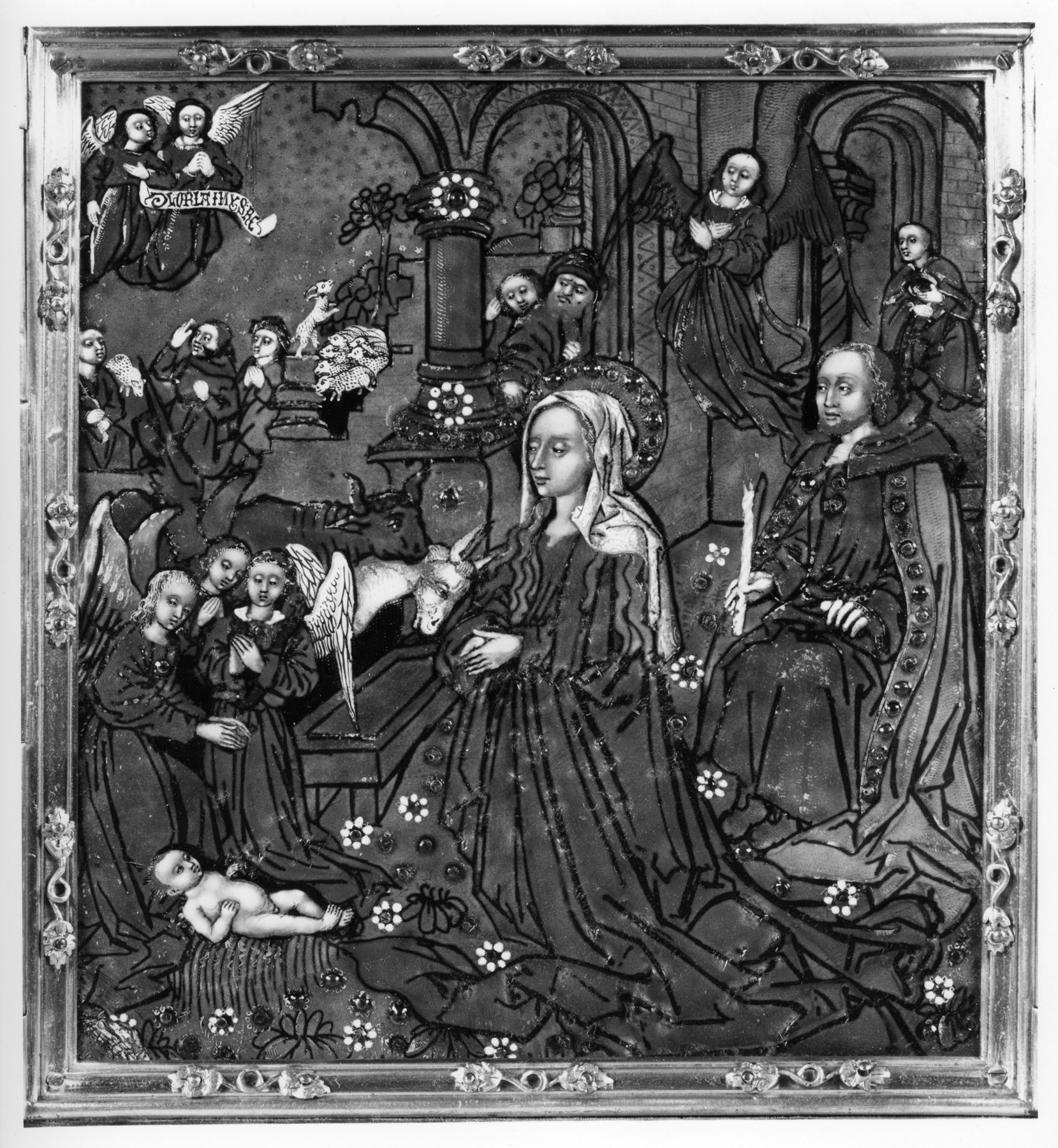 The Annunciation and Nativity

The iconography of the Nativity reflects the influence of the 14th- and 15th-century writers who embroidered the stories of the birth and Passion of Christ with many picturesque details. According to the mystical visions of St. Bridget of Sweden, when Joseph held a candle near the New-born, its light was obscured by the child's divine radiance. Joseph, holding his candle, is seen here seated on the right.