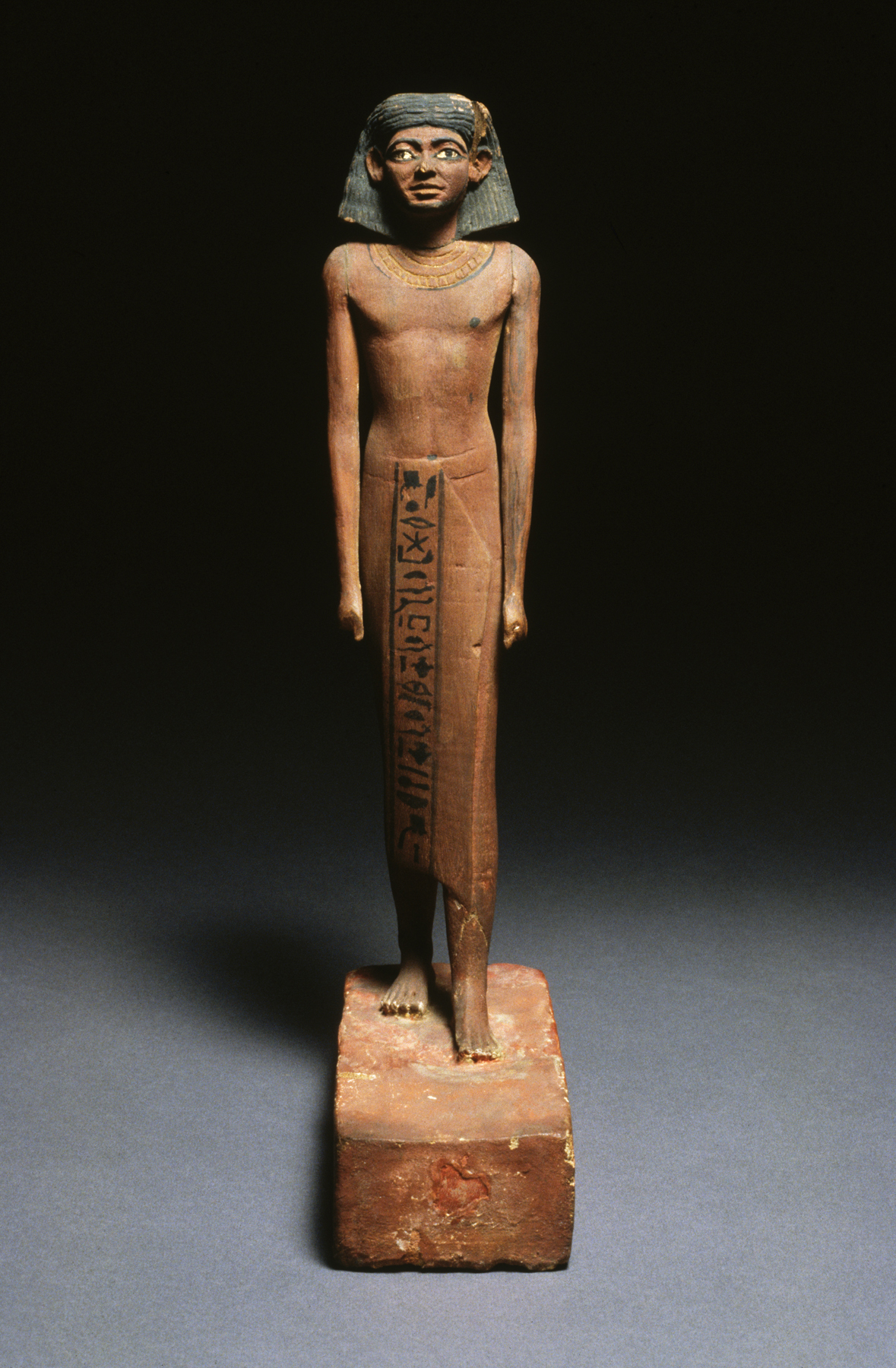 Tombs sometimes contained more than one statue representing the owner. The statues were usually inscribed with the owner's name and titles, and they served as a focus for funerary rituals. These examples, belonging to a man named Tef-ib, are unusual in that they represent the tomb owner while also bearing inscriptions referring to the four sons of Horus, who protected the internal organs of the deceased. These deities were also identified with the north, south, east, and west, and the statues may have been placed in the tomb in accordance with these directions. The differing facial features of these statues (including Walters 22.11, 22.12, 22.13) suggest that they were made by more than one artist. Notice as well, the sizes of the four figures differ as well as their wigs. 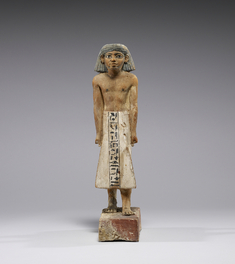 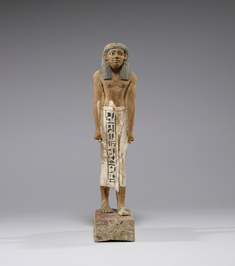