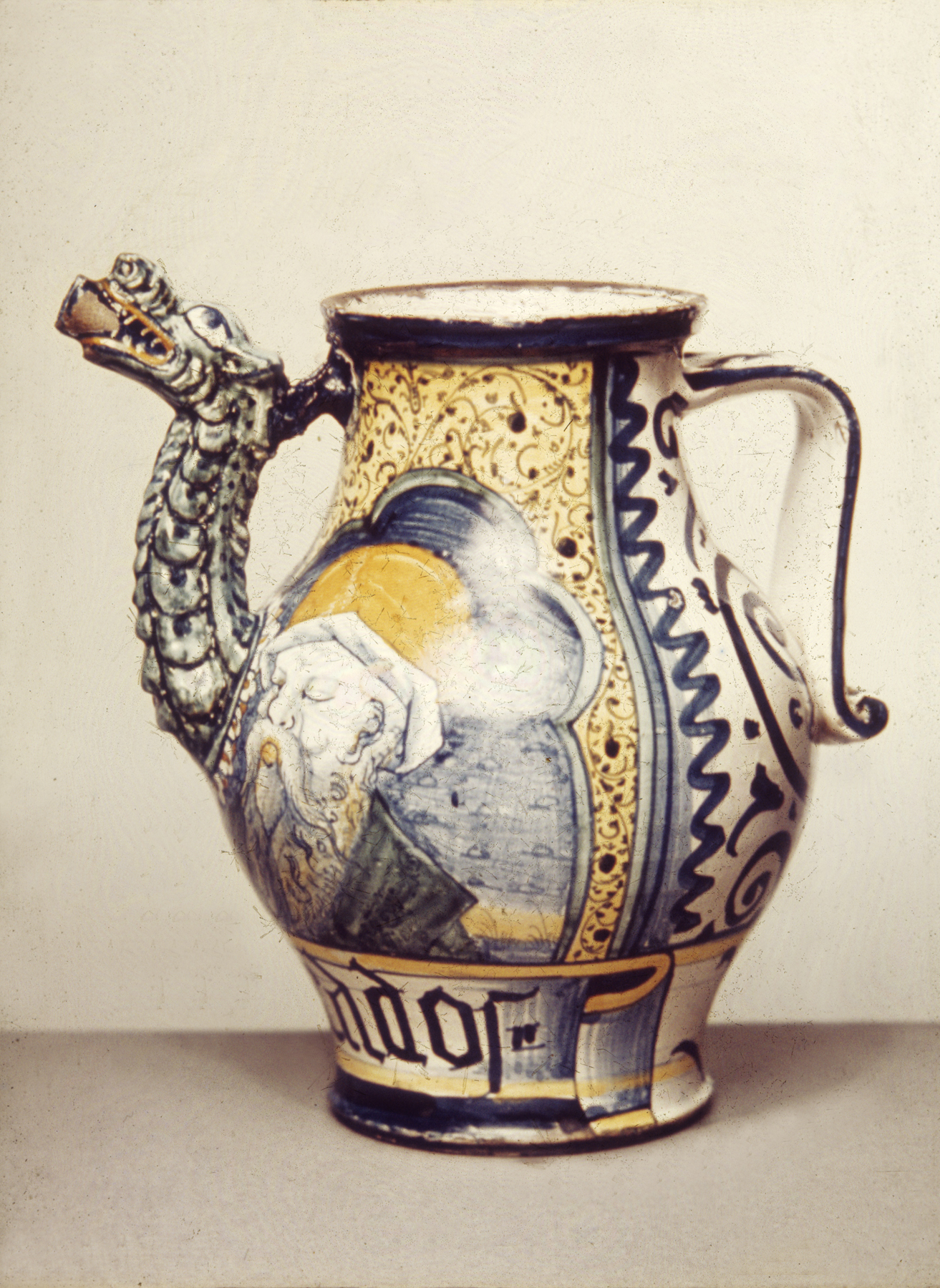 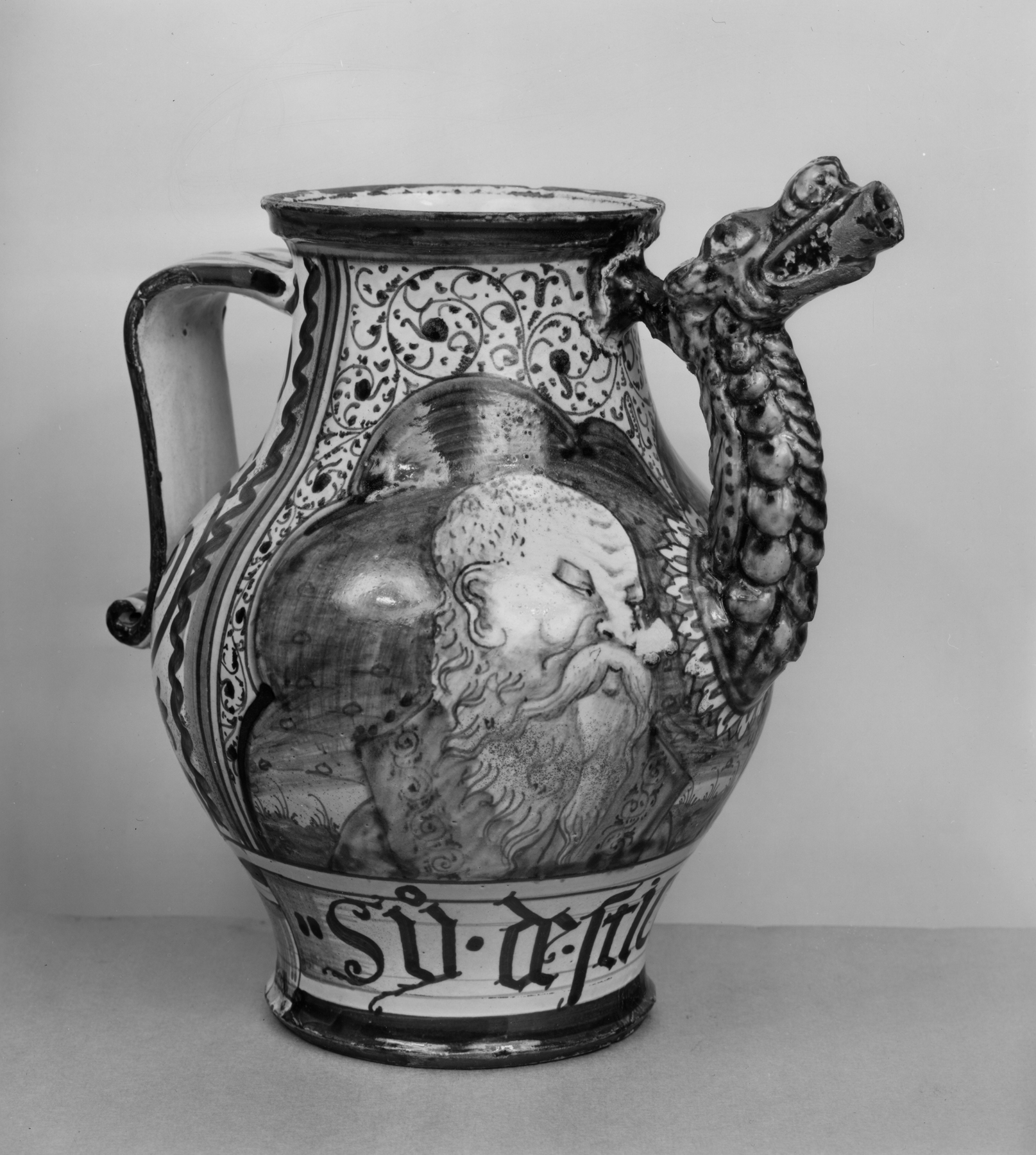 Glazed earthenware was popular for containers for the remedies dispensed by Renaissance pharmacists. These jars were arranged in easily accessible shelves around the walls of the apothecary's shop, with painted or attached labels to identify their contents. This jar is part of a large and distinctive group of wares often called the Orsini-Colonna series, because a plate from the series (now in the British Museum) celebrates the reconciliation of these two rival families.

The Latin inscription "Sy°·de·sticador" (syrup of Stechados), written in large Gothic letters around the base, reveals that the jar was for syrup made from the flowers of French lavender (Lavandula stoechas), used to soothe headaches and relax nerves. Witty and fantastic ornaments were common to apothecary wares, as on this jar where the healing syrup would have flowed from the mouth of a dragon. Many of the wares in the Orsini-Colonna series include paired depictions of picturesque types, for example old men or women, like those pictured here. This jar was produced by the workshop of Orazio Pompei, a maiolica painter from Castelli. For another example of an apothecary jar, see 48.1768; for more information on “maiolica,” see 48.1336.

[Transcription] Around the base in front, in gothic letters:.·· Sy°·de·sticador ; [Translation] Syrup of Stechados (French Lavender)