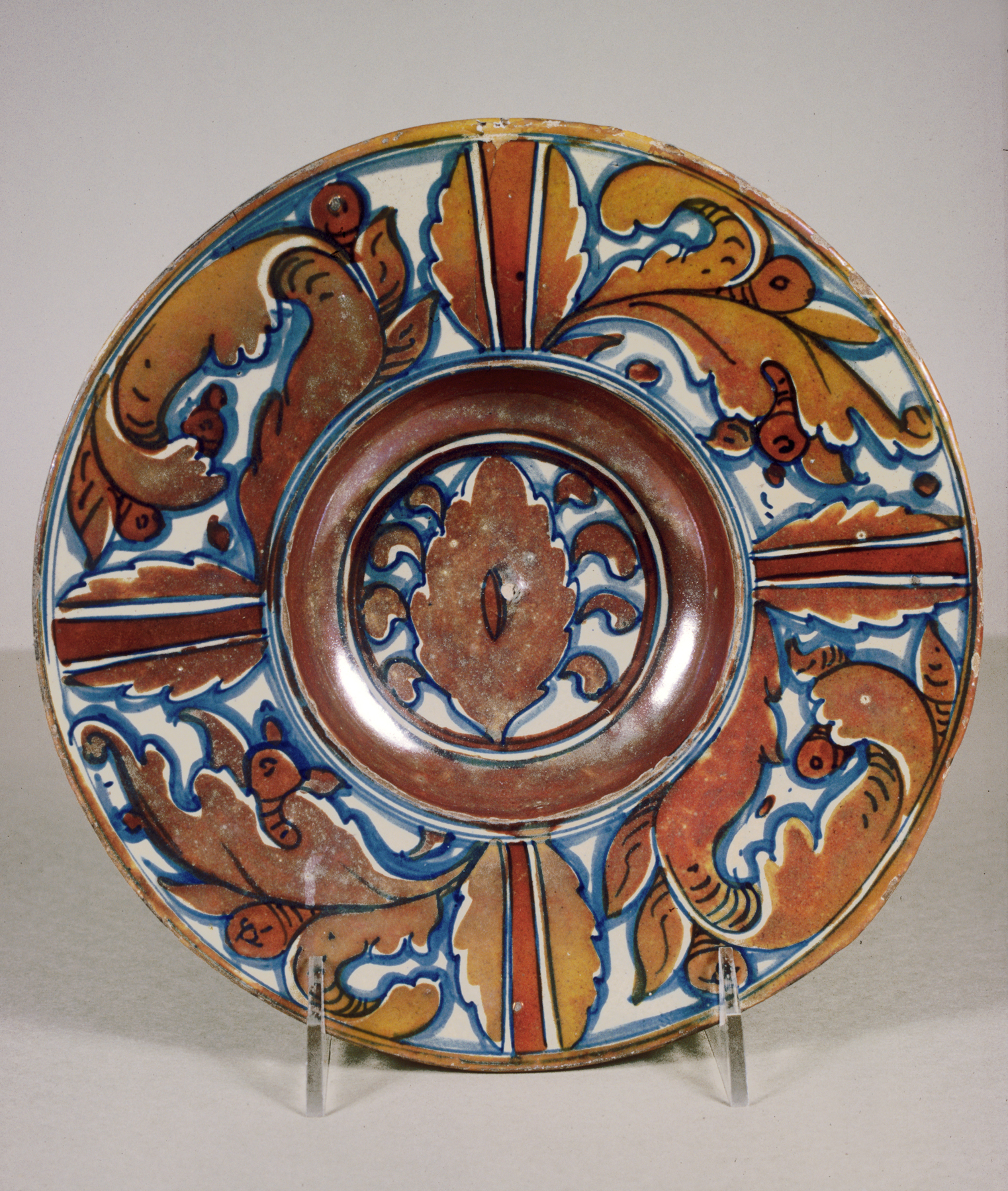 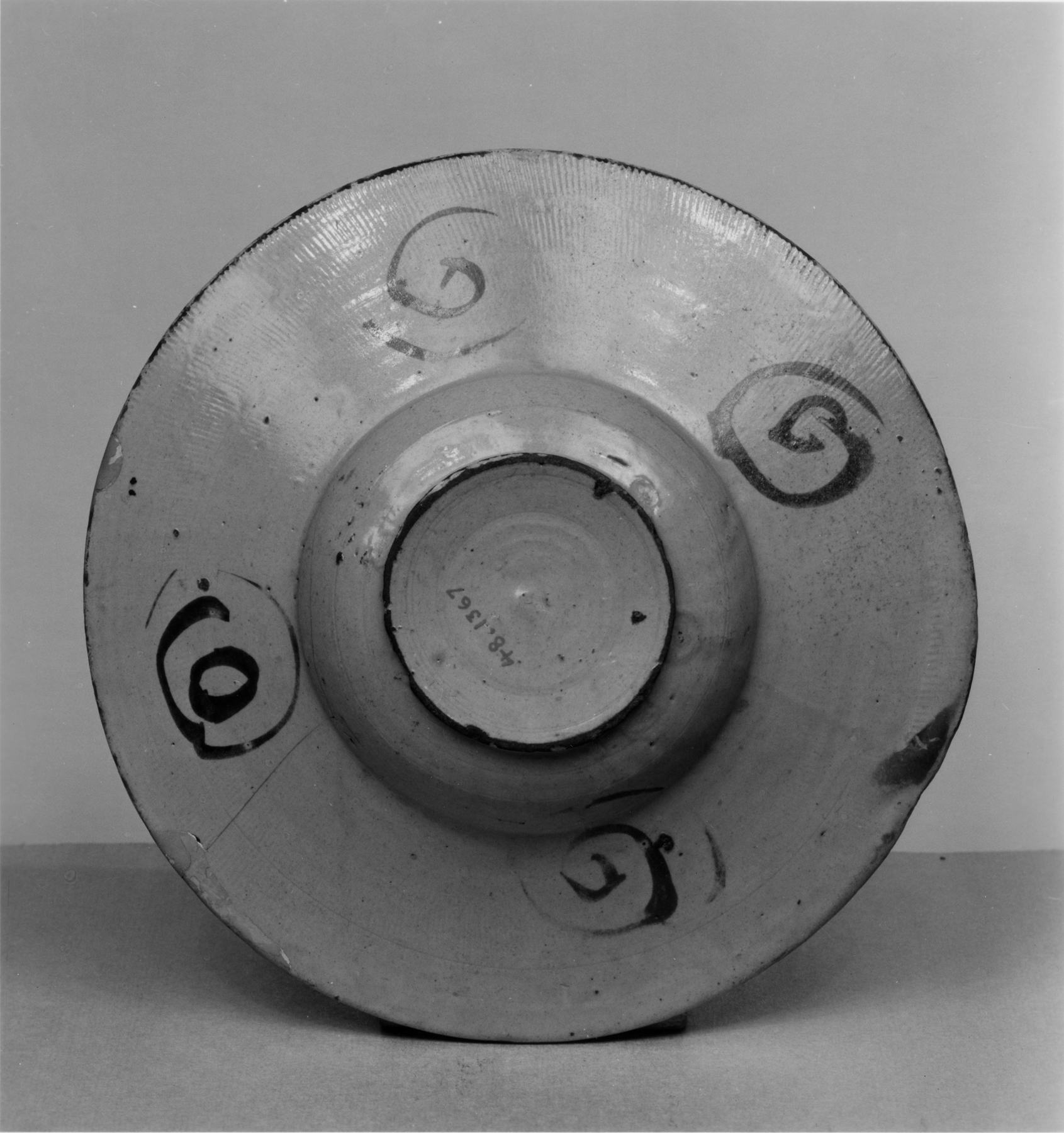 The center of this dish shows a serrated red leaf surrounded by four smaller leafs on each side. The dish’s outer ring is decorated with foliage and fruit designs. All of the motifs are painted in a ruby luster on a white background. The back of the dish is ornamented with four luster spirals. Such non-figural designs were extremely popular in the fifteenth century, when Italian potters sought to replicate the abstract designs and luster glazes exhibited on imported Spanish and Middle-Eastern ceramics. However, the popularity of these motifs declined during the early sixteenth century, as potters began to favor “istoriato” wares that depicted imagery from Classical or Biblical narratives. This dish was likely produced in a workshop in Gubbio, a city with maiolica painters that were well-known for their luster glazes. For more on luster glazes, see 48.1320; for general information on “maiolica,” see 48.1336.