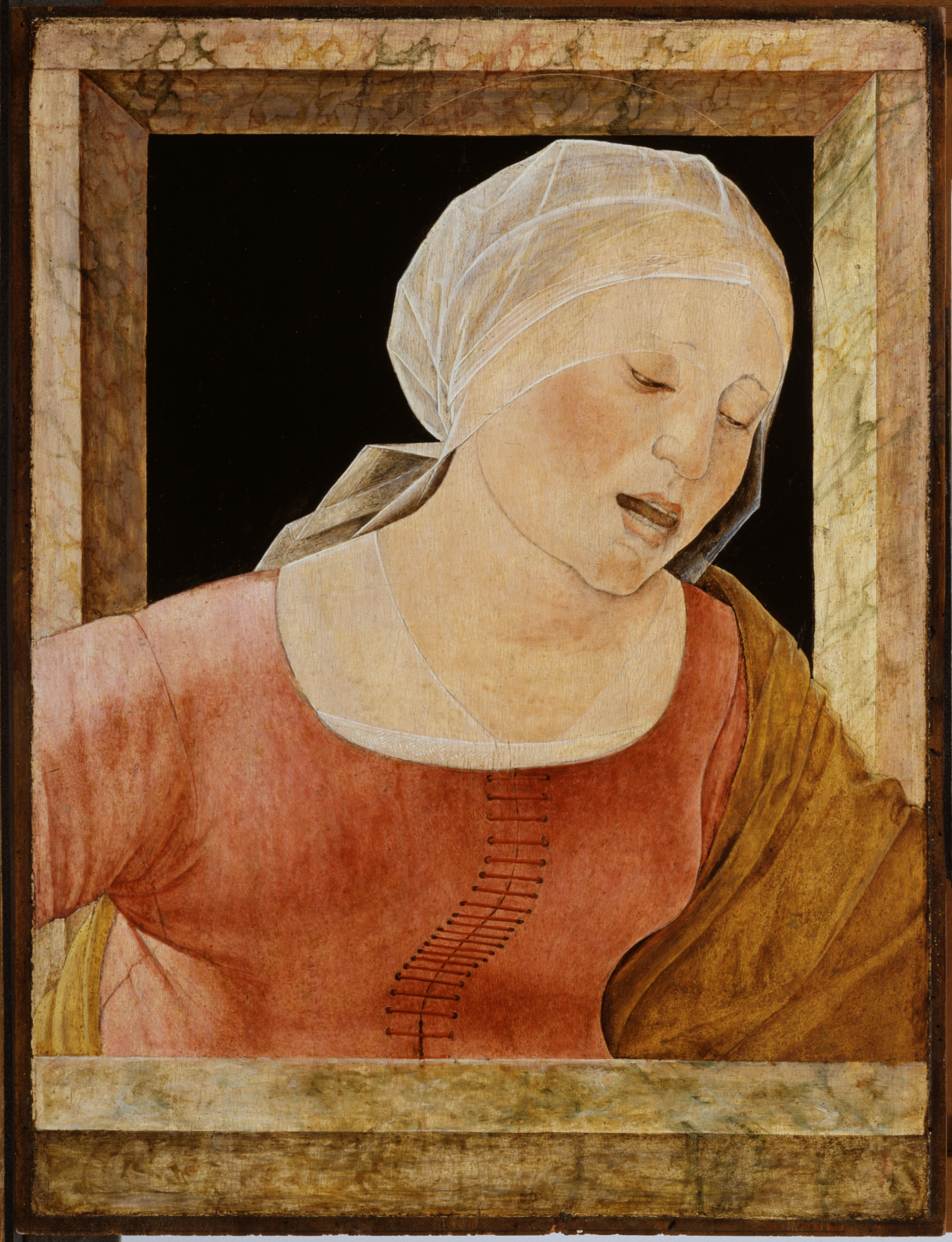 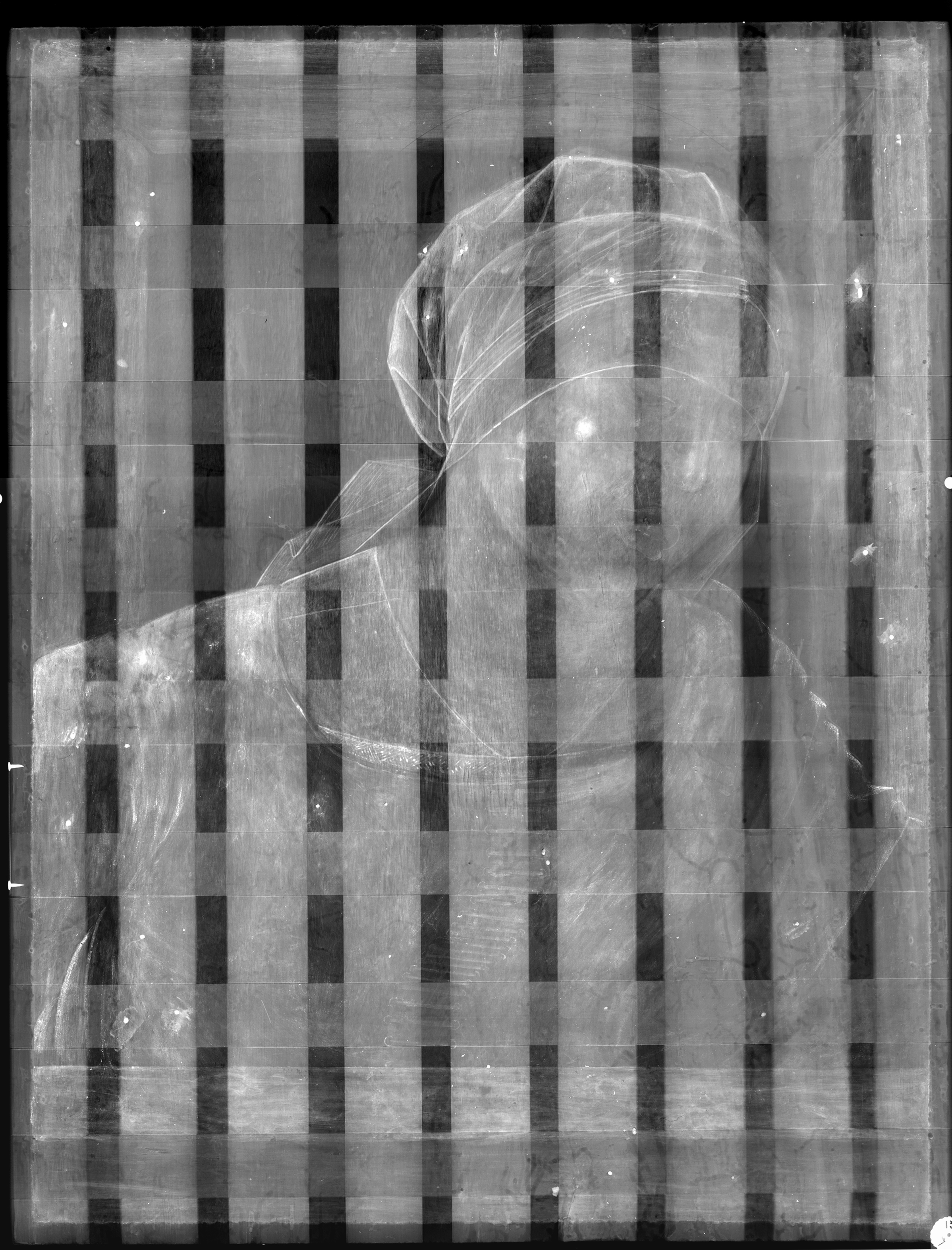 Head of a Mourning Woman

Ercole de' Roberti was one of the leading artists of the Central Italian city of Ferrara during the second half of the 15th century. This painting is based on one of the mourning women in Ercole's famous fresco of the Crucifixion, formerly in a chapel in the cathedral of Bologna and destroyed in 1606 but known through many copies. It is unusual to see detail from a monumental image reproduced as an independent painting and within its own carefully delineated framework. Since the size of the figure in the Walters panel corresponds to that in the fresco, it has been suggested that both were drawn from the same “cartoon,” a preliminary drawing of actual size. The painting demonstrates the artist's ability to vividly depict a state of extreme grief.