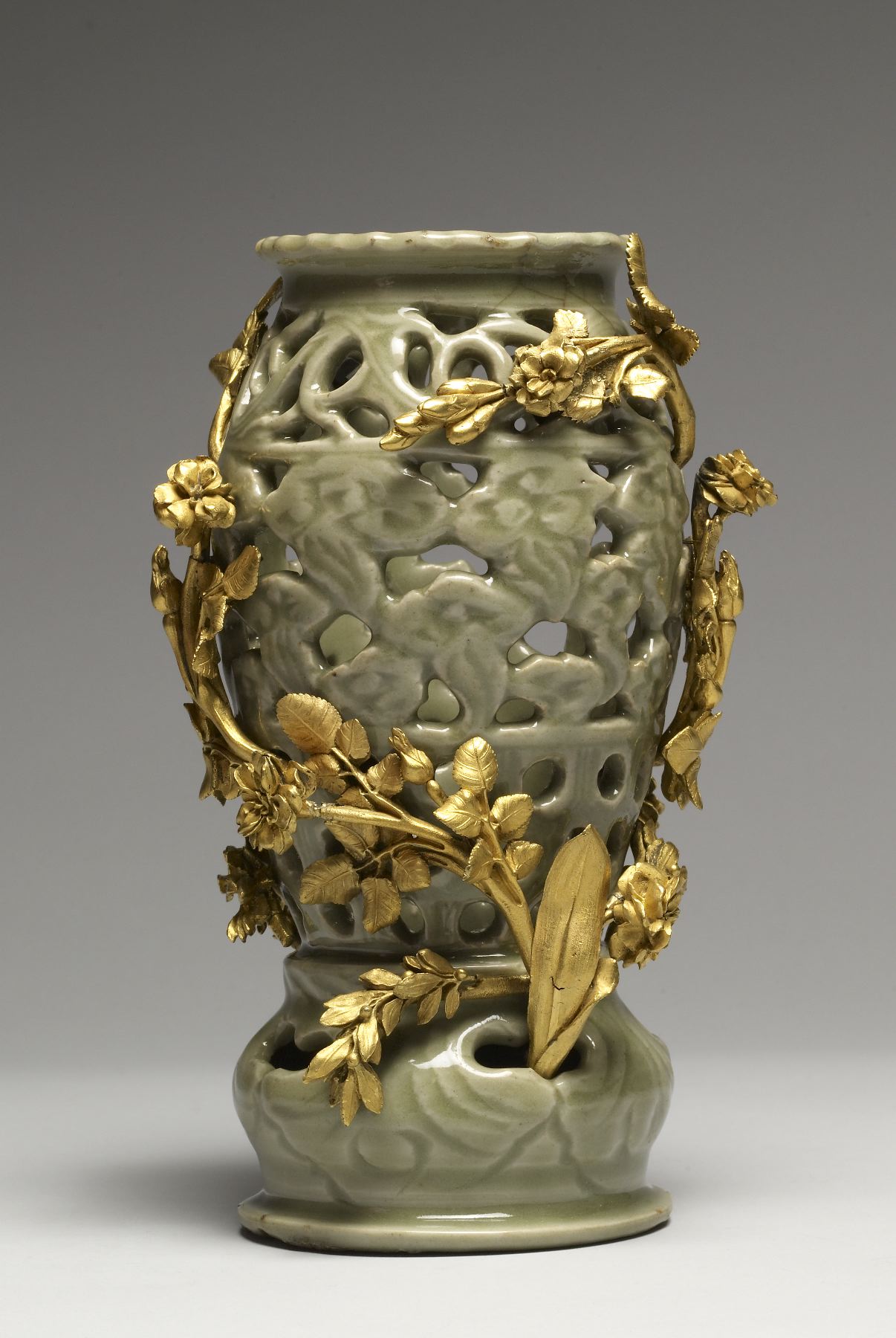 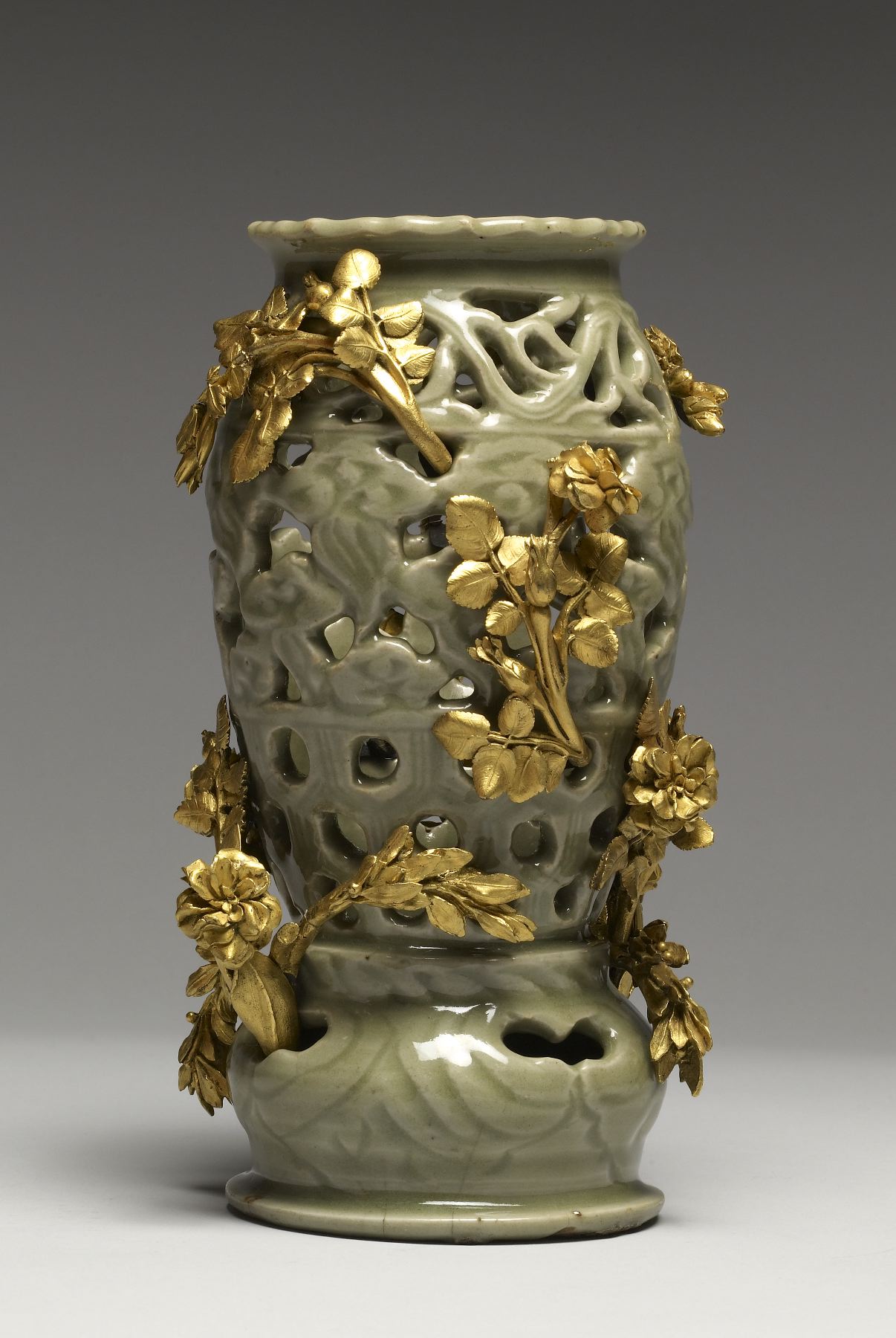 This porcelain lamp is from the Long Quan [Lung-ch'üan] celadon kilns.