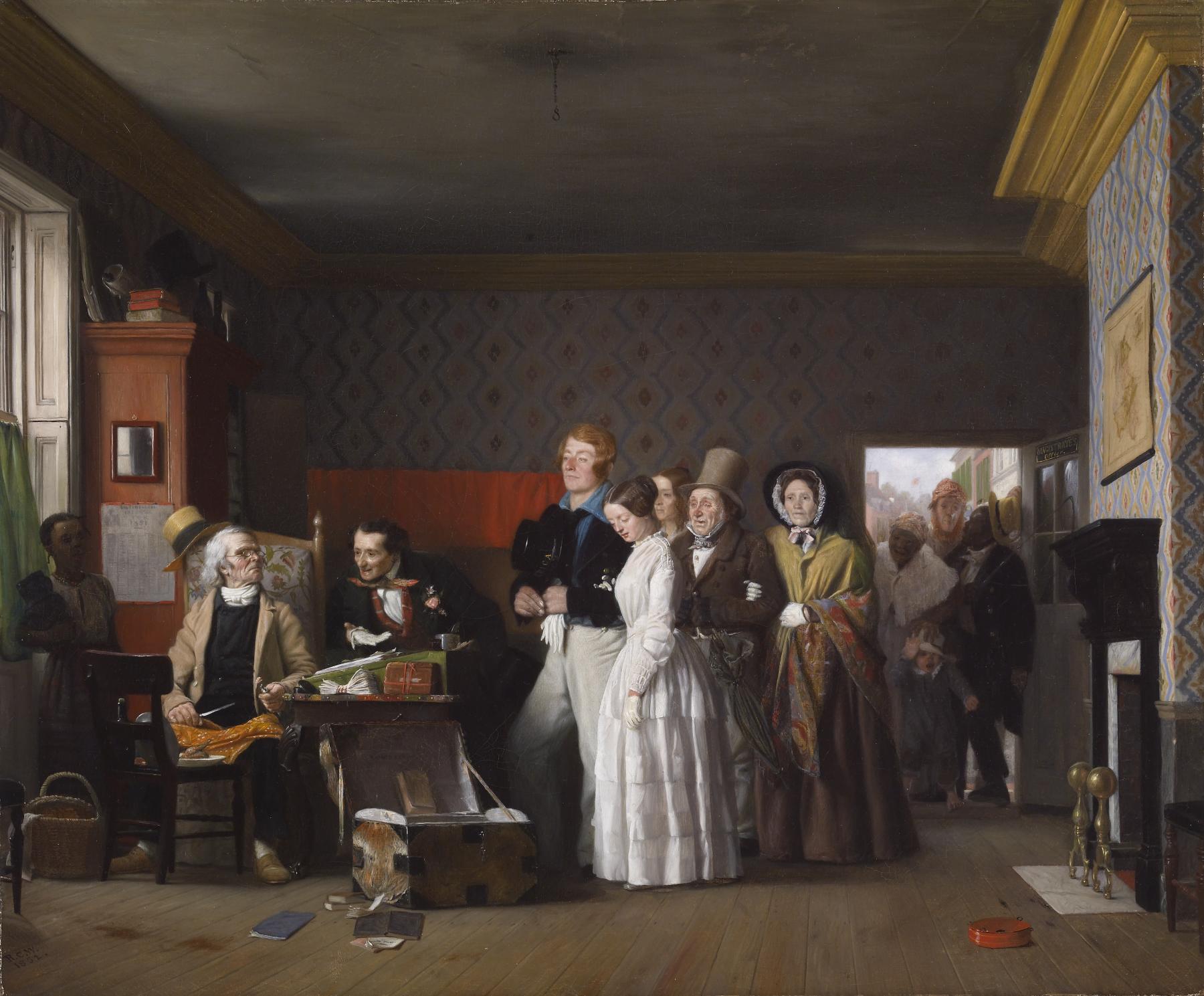 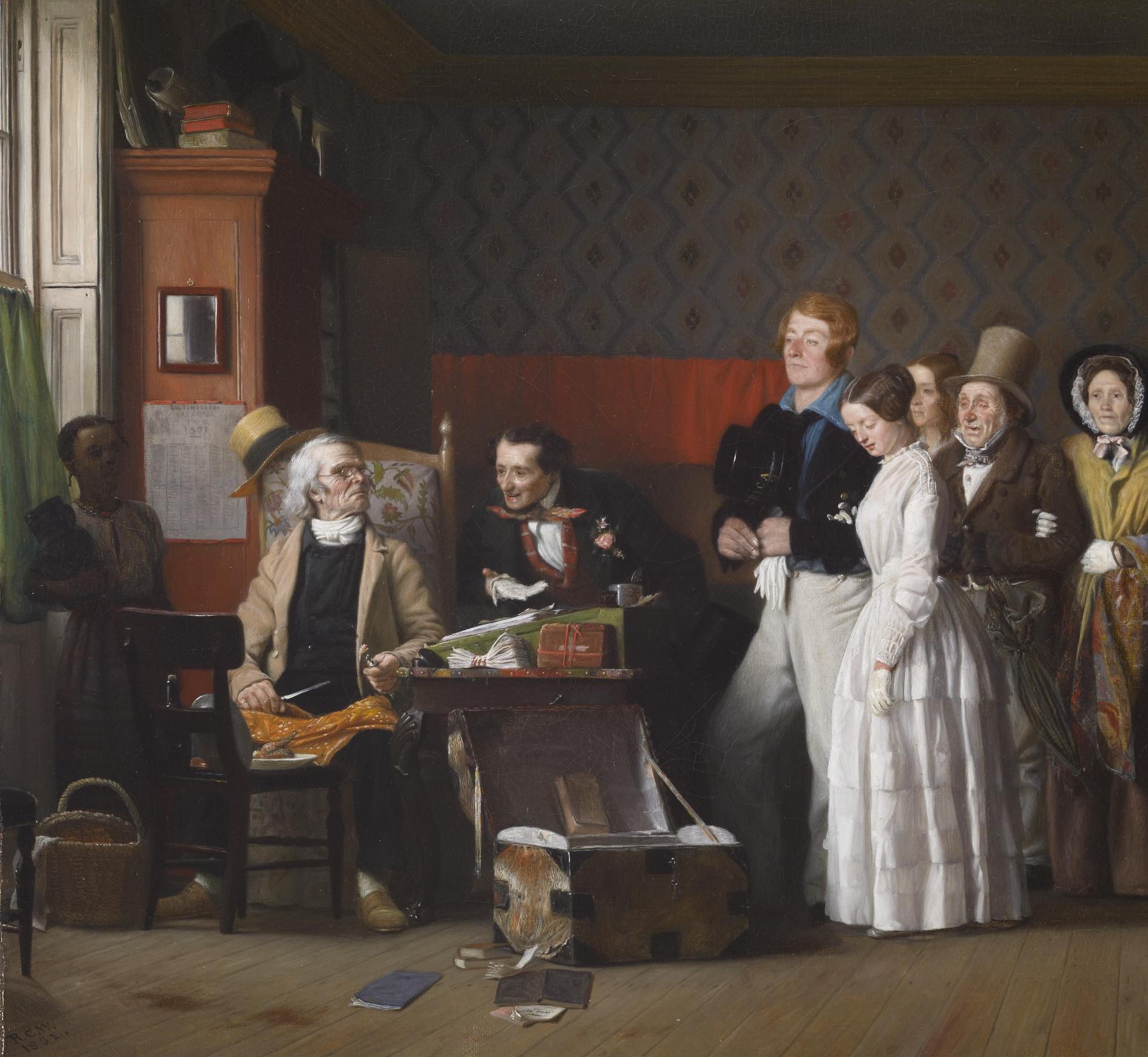 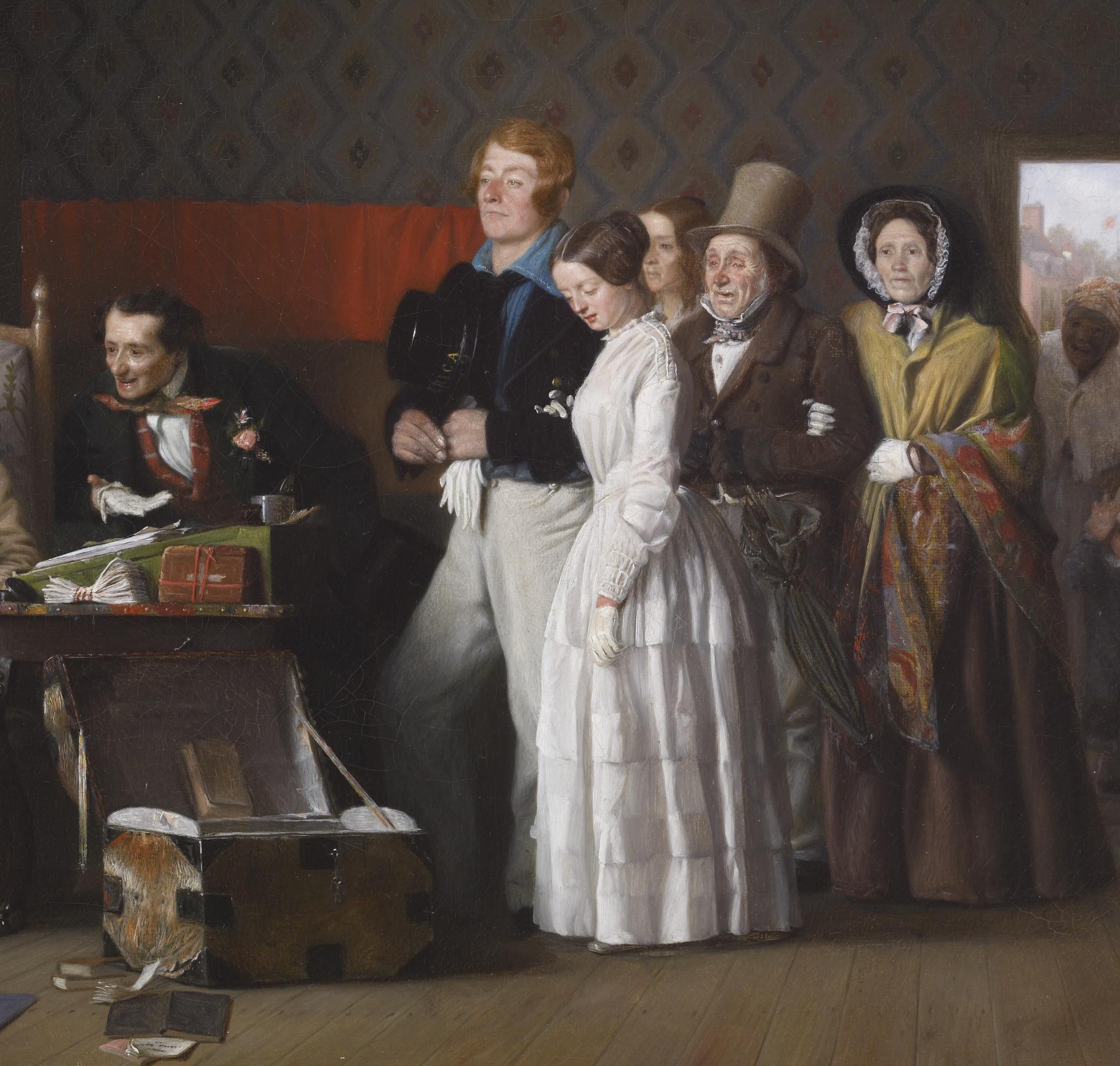 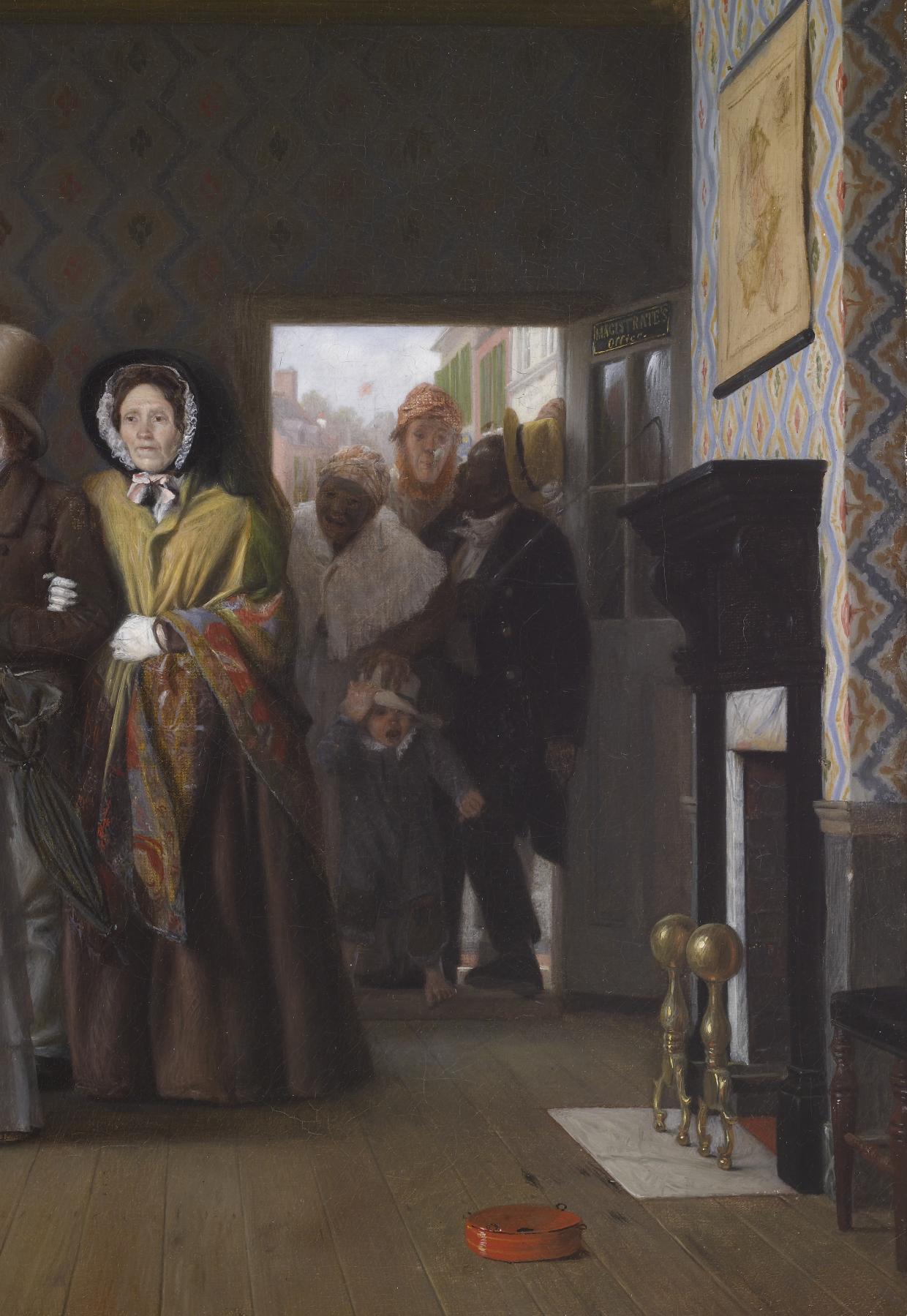 In this late painting, Woodville arranged a large group of figures in the light, airy space of an office of a justice of the peace. At the center, a strapping red-haired sailor holds the arm of his demure bride. The dramatic moment is rendered with remarkable economy, from the irritated reaction of the judge interrupted at his supper, to the conciliatory gesture of the bowing groomsman, to the oblivious pride of the sailor and the humble expectation of the elderly members of the wedding party in their "Sunday best." A subsidiary drama unfolds in the doorway, where two African-American figures hold back a crying child and a grizzled old sailor looks in from the street. The details that set the scene, from the books and papers overflowing the horsehair trunk, to an almanac page pasted to the bookcase, to the red spittoon and glistening andirons, all "finished as with a microscope," add to its visual effect. The work evokes genre painting's earlier roots, mocking its lower-class subjects for the amusement of patrons of presumably higher station, while depicting a modern moment.