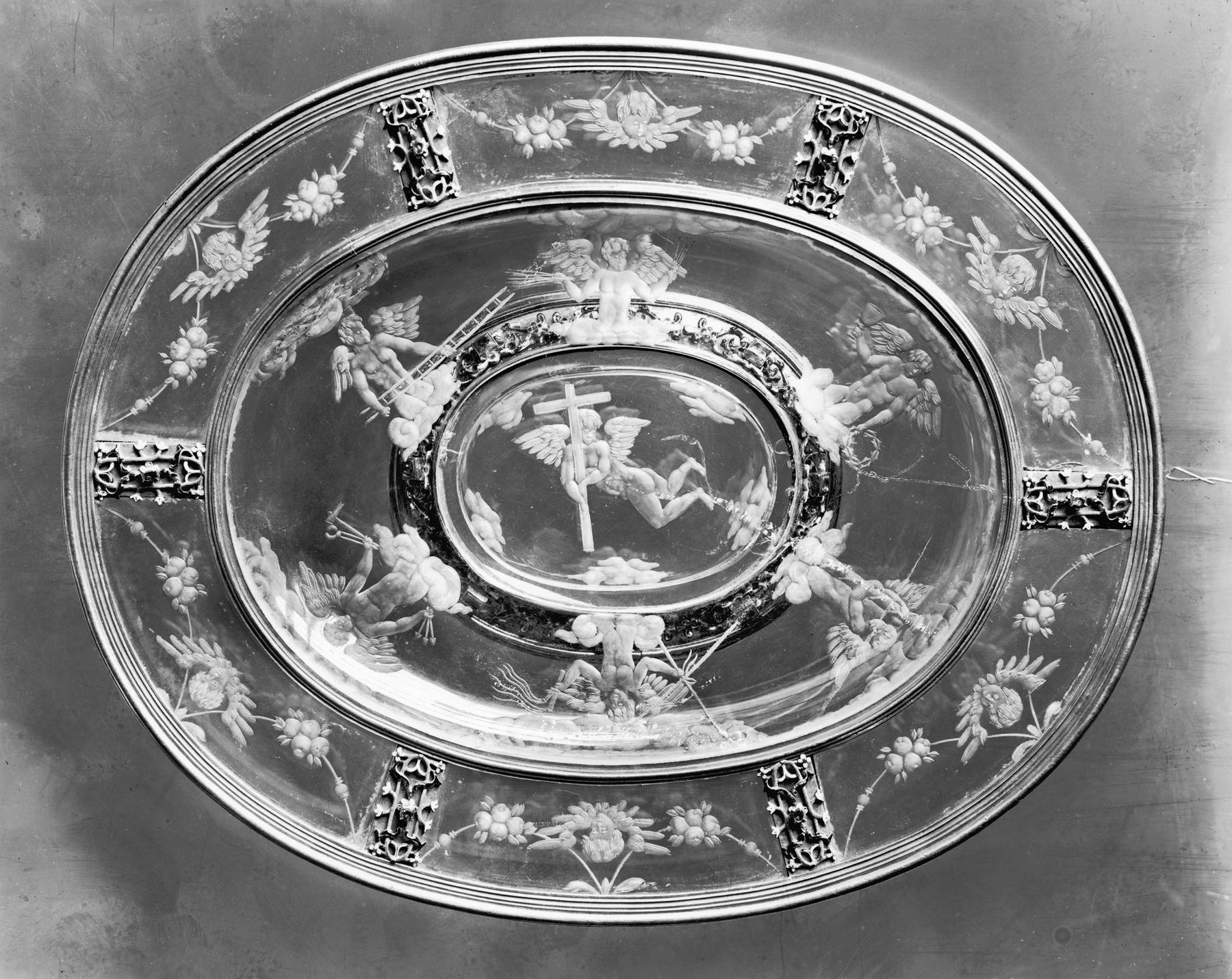 Dish with Symbols of Christ's Passion

The oval disk depicts angels holding the symbols of Christ's Passion, including the column to which he was tied, whips, nails, hammer, and the Crown of Thorns. The plate was most likely used to support an altar vessel during services.