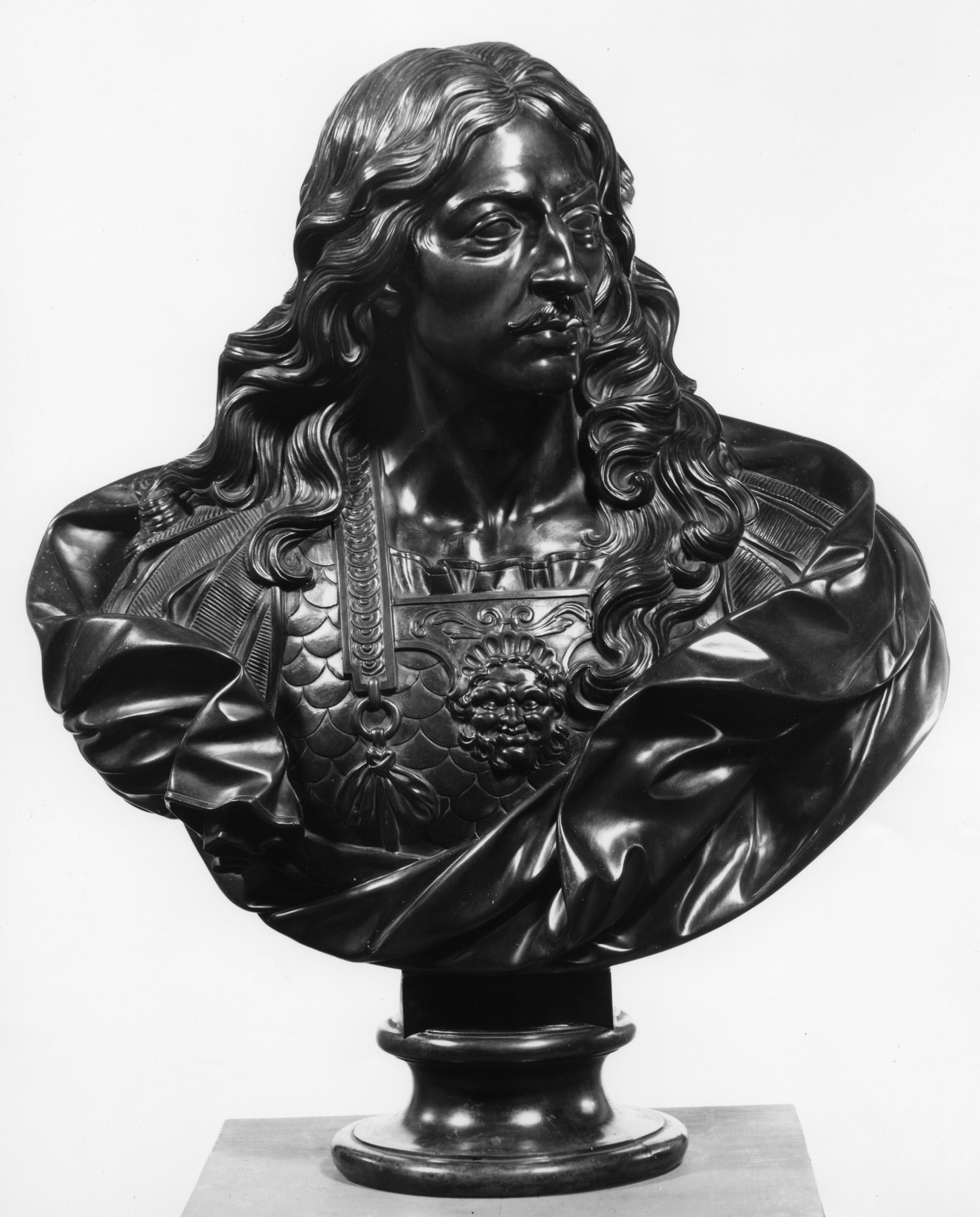 Known as the Grand Condé, Louis de Bourbon, prince of Condé (1621-86), was one of most famous military commanders in French history, as well the most influential member of the branch of the royal Bourbon family that had its seat in the Condé region. Louis' powerful personality is captured by the baroque style of this bust with its implication of vigorous movement in the turning head with its taut neck muscles, flowing hair, and the rippling cloth of his mantle.

Derbais, official sculptor to Louis XIV, delivered a marble version of this bust to the subject's son in 1695. As the sculptor also worked in bronze, he probably produced this and other versions in bronze as gifts for the family's allies.