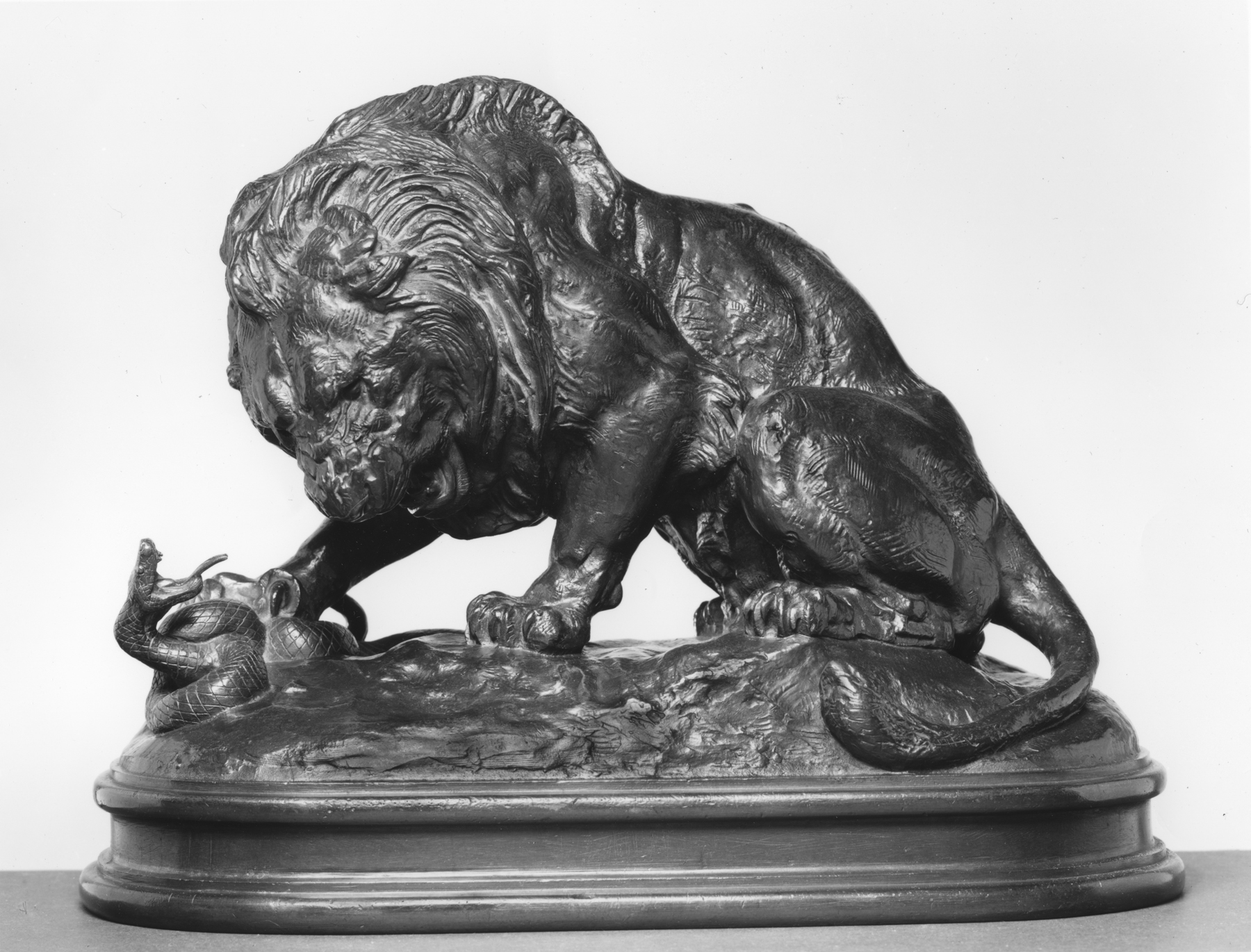 First exhibited as a plaster cast at the Paris Salon of 1833, Lion and Serpent may be regarded as one of Barye's most significant masterpieces. In showing an animal subject rather than a figurative work, Barye broke with prevailing academic conventions. King Louis-Philippe commissioned a bronze cast of the statue and had it placed in the gardens in front of the Tuileries Palace. The sculpture was subsequently reworked and cast in various sizes. 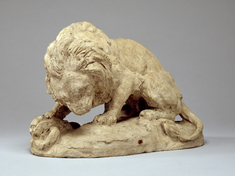