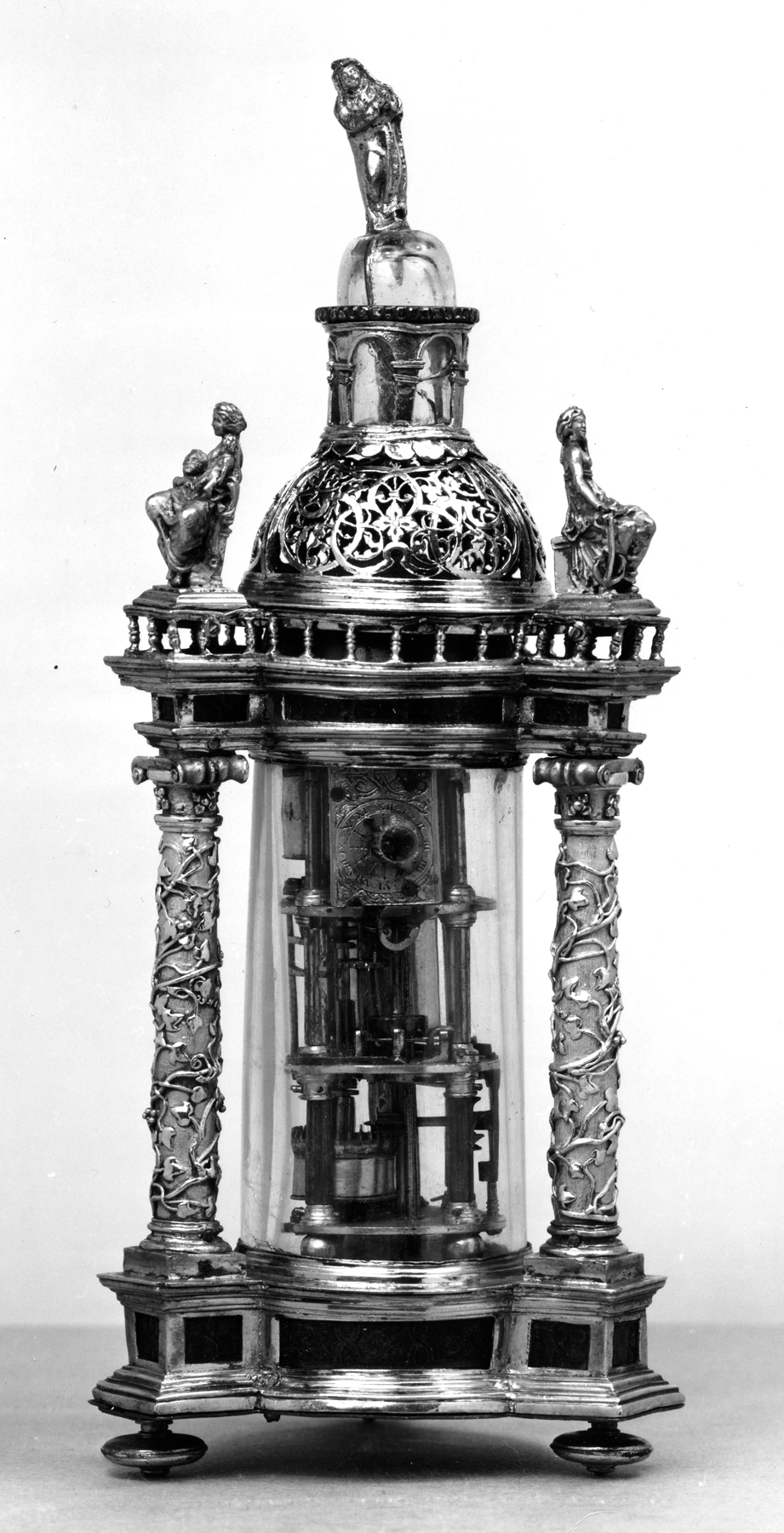 Alarm Clock in a Reliquary-Like Case

The case of this intriguing timepiece with its rock crystal cylinder resembles a medieval reliquary. The tiny haloed female figure with hands raised in prayer at the top is Ecclesia (the Catholic Church) accompanied by personifications of Faith (with the Old Testament tablets of the Law and New Testament chalice), Hope (anchor), and Charity (two infants).

The timekeeping mechanism is not attached to the case- and appears to have been altered to fit it- so it is possible that the case was made as a reliquary into which the mechanism was fitted. The tiny dial was probably rarely looked at, as every hour was struck on the bell. The mechanism is divided into three tiers: the "going train" makes time advance (upper), the striking train strikes the hours (middle), and the bottom train sets off the alarm.