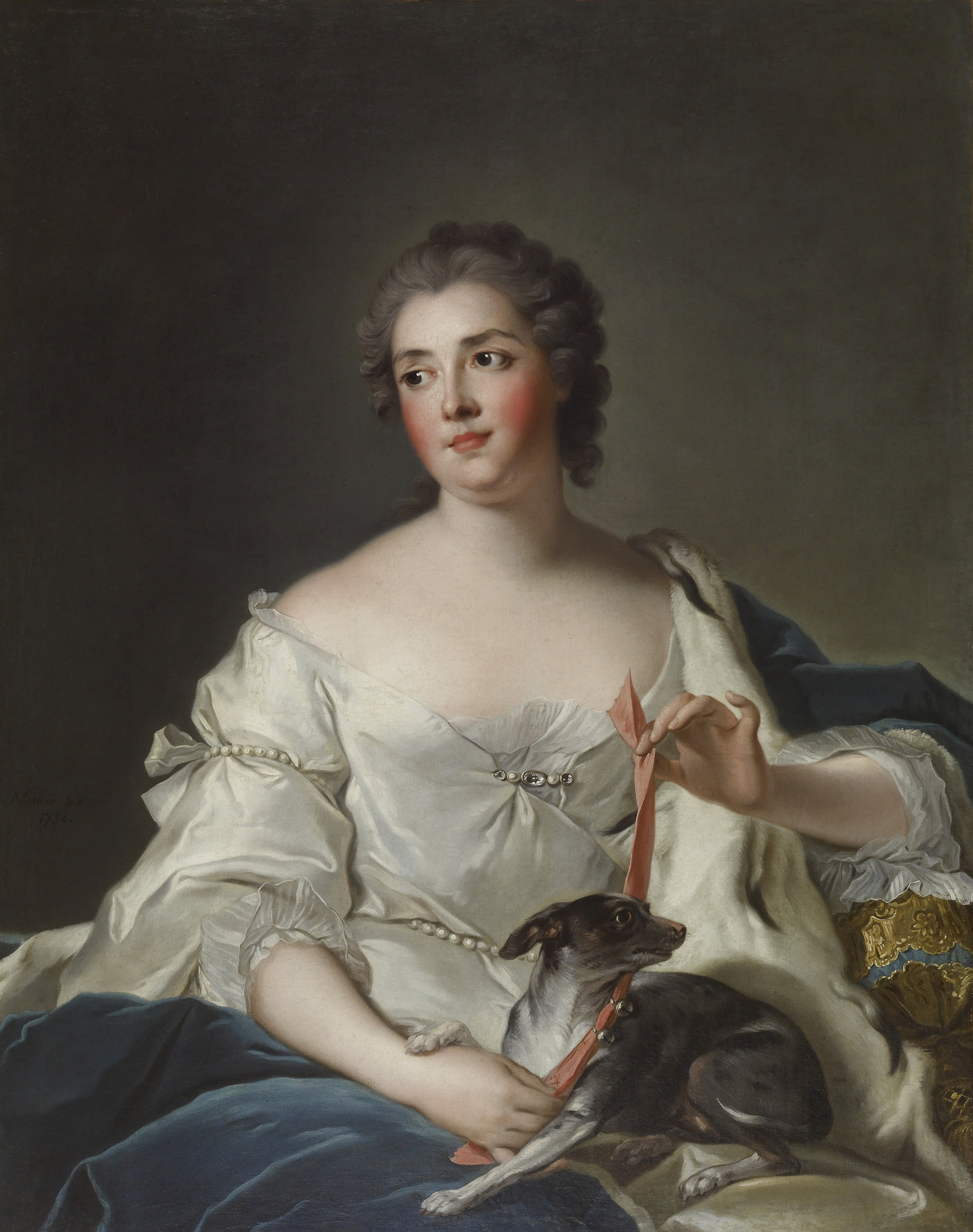 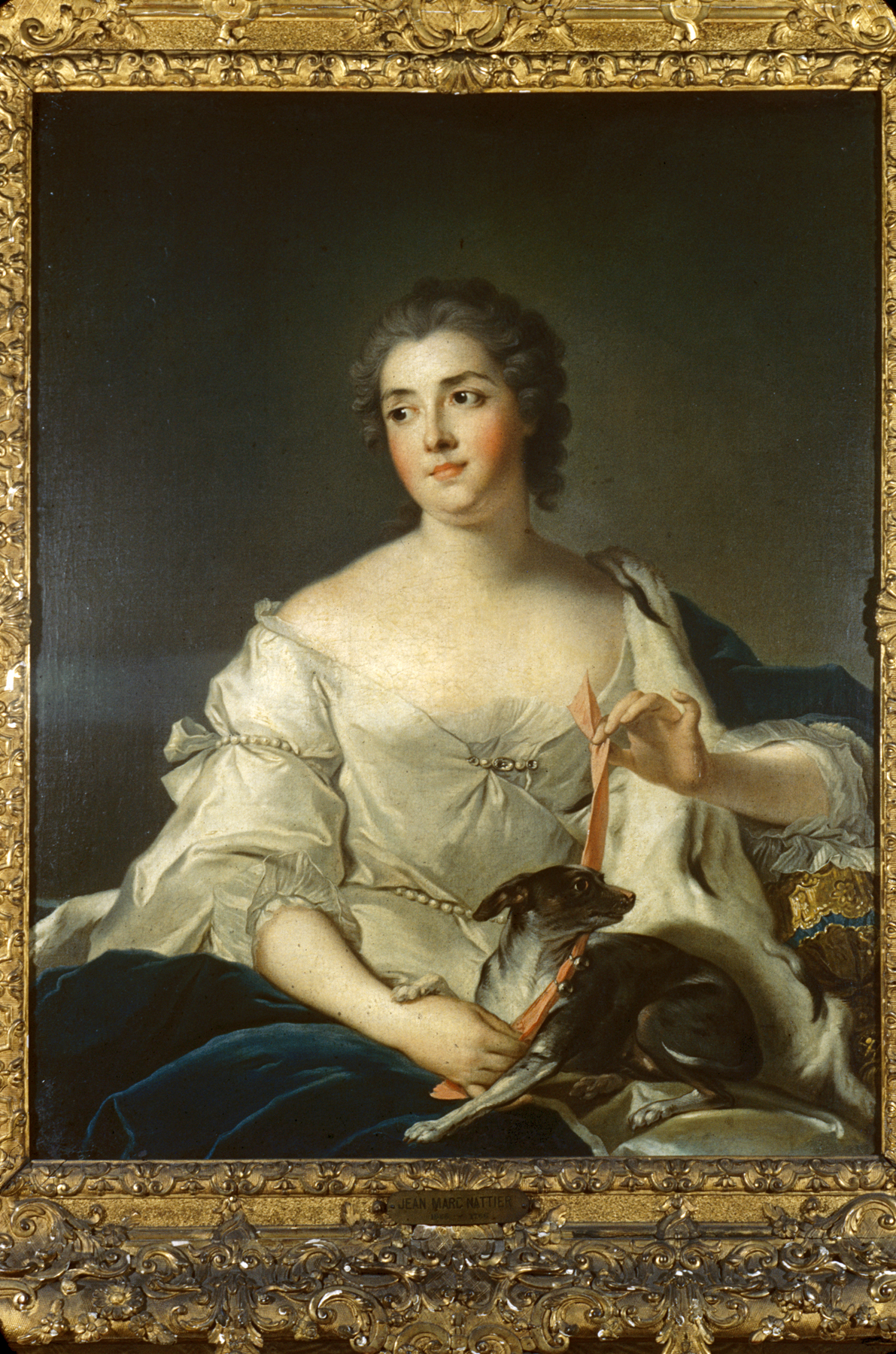 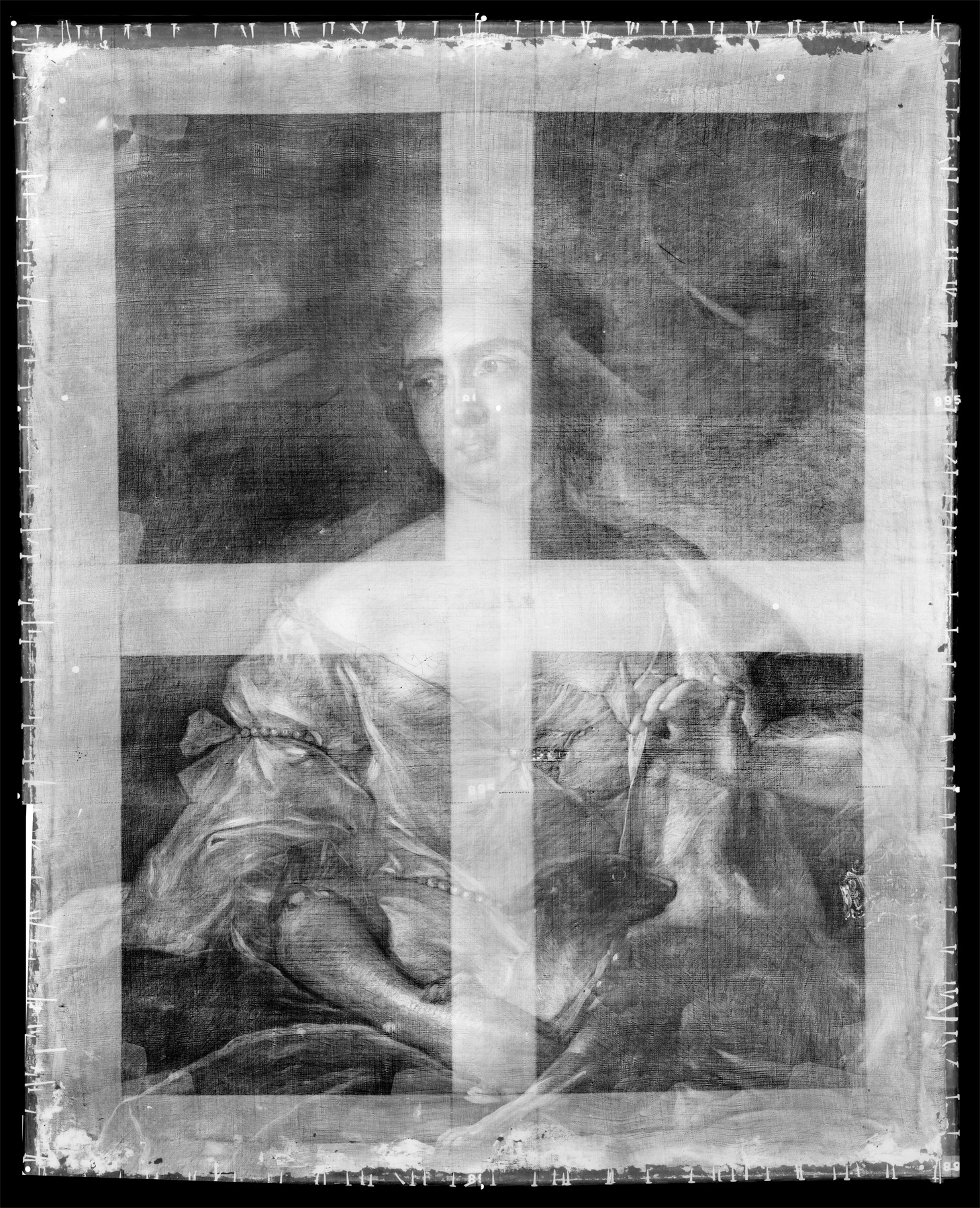 Portrait of a Woman and her Dog

The elegant works of Jean-Marc Nattier exemplify mid 18th-century French portraiture. Although he was admitted to the Académie Royale (Royal Academy) as a painter of historical subjects (then ranked as the highest category of painting), Nattier specialized in the less prestigious genre of portraiture. Though he worked at the court of Louis XV, he broke with the baroque tradition of grandiose portraits. Instead, he produced naturalistic paintings of Queen Marie Leszczynska and her daughters, as well as Madame de Pompadour and other members of the nobility.

The subject of this light-hearted, informal portrait is currently unknown. Previous scholarship, however, identified the young woman as the wife of Antoine-René de Voyer d'Argenson, marquis of Paulmy, who was minister of war under Louis XV and French ambassador to Poland. The museum continues to research this painting and its sitter.