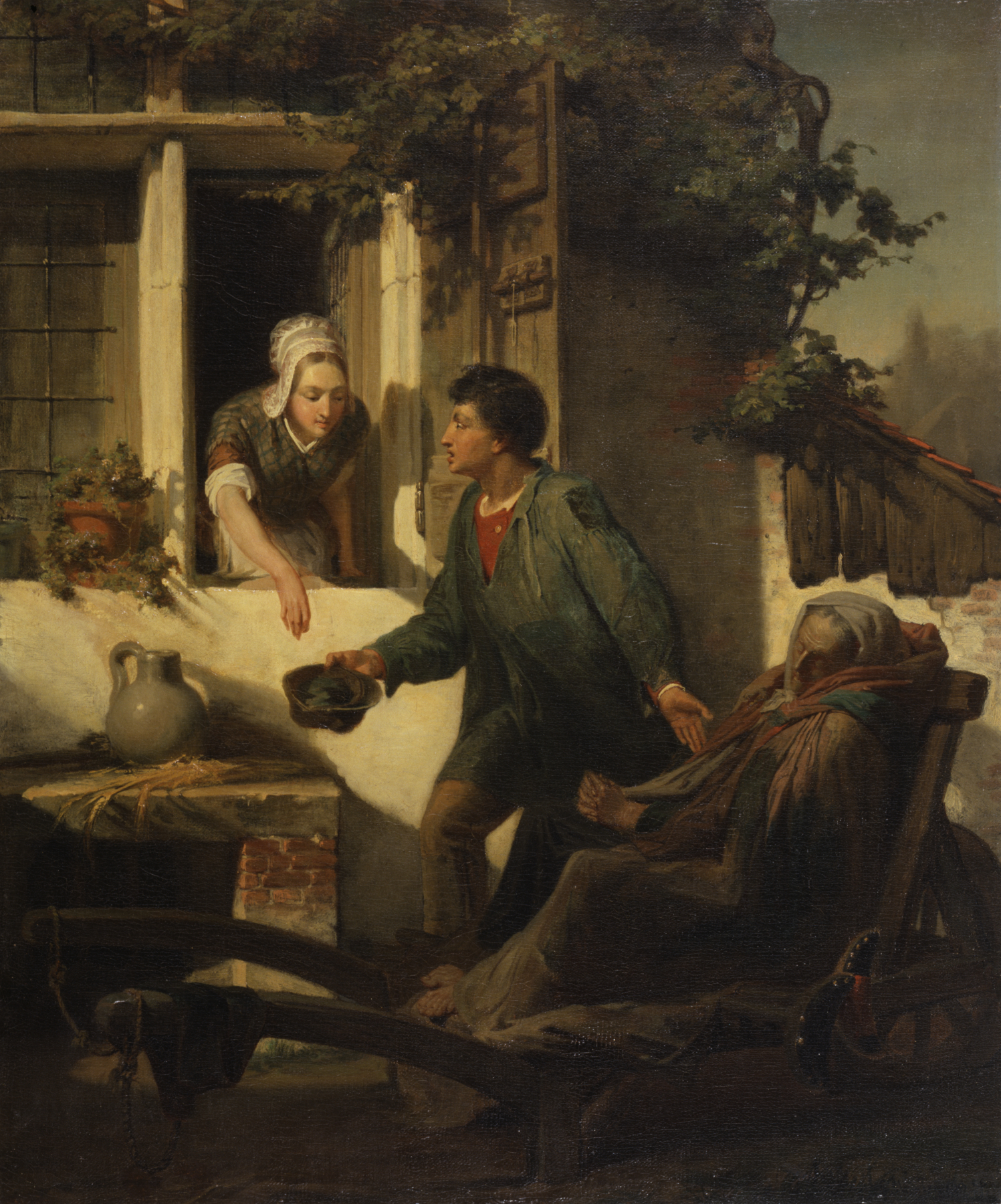 Bathed in sunlight, an attractive young woman in Dutch country dress leans from an open window in one corner of a vine-covered cottage. She reaches out to drop coins in the hat of a young man outside her window, who is wearing a patched and dirty tunic. He is soliciting charity on behalf of an elderly woman, who waits beside him in a wheeled, hand-drawn conveyance. A glimpse of a distant landscape is visible over the brick wall to the right. Although Alma-Tadema was only 20 when he painted this scene, he already shows in it the narrative skills that will bring him such success with his later re-creations of life in Greek and Roman antiquity. This genre scene was the artist's first major commission.

Gift of Mr. and Mrs. A. Thomas Carozza II, in memory of Antonio T. and Margueretta Carozza, 2000