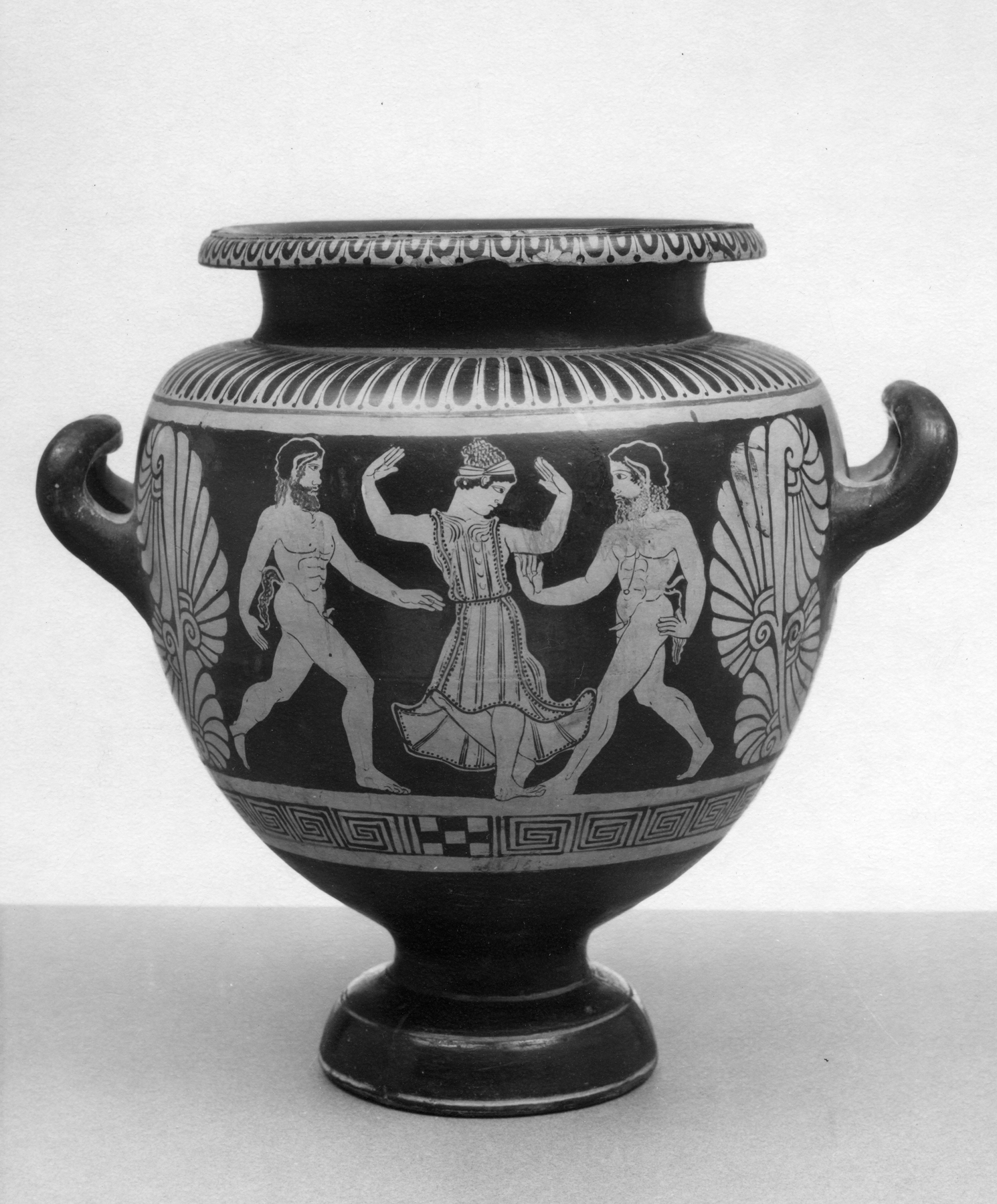 Stamnos with Warrior's Departure and Dancer with Satyrs

A stamnos is a wide-mouthed jar for wine. Red-figure vases were made in Etruria from the mid-5th to the mid-3rd centuries BCE. Early examples were influenced by Athenian Greek works. After about 350 BCE, inspiration was drawn from the flourishing vase-painting tradition of South Italy. The Etruscan vase-painter, like his metalworking counterpart, favored animated figures with expressive gestures. On this vessel, a warrior stands between two women on one side, while, on the other, appear dancing women and two satyrs.