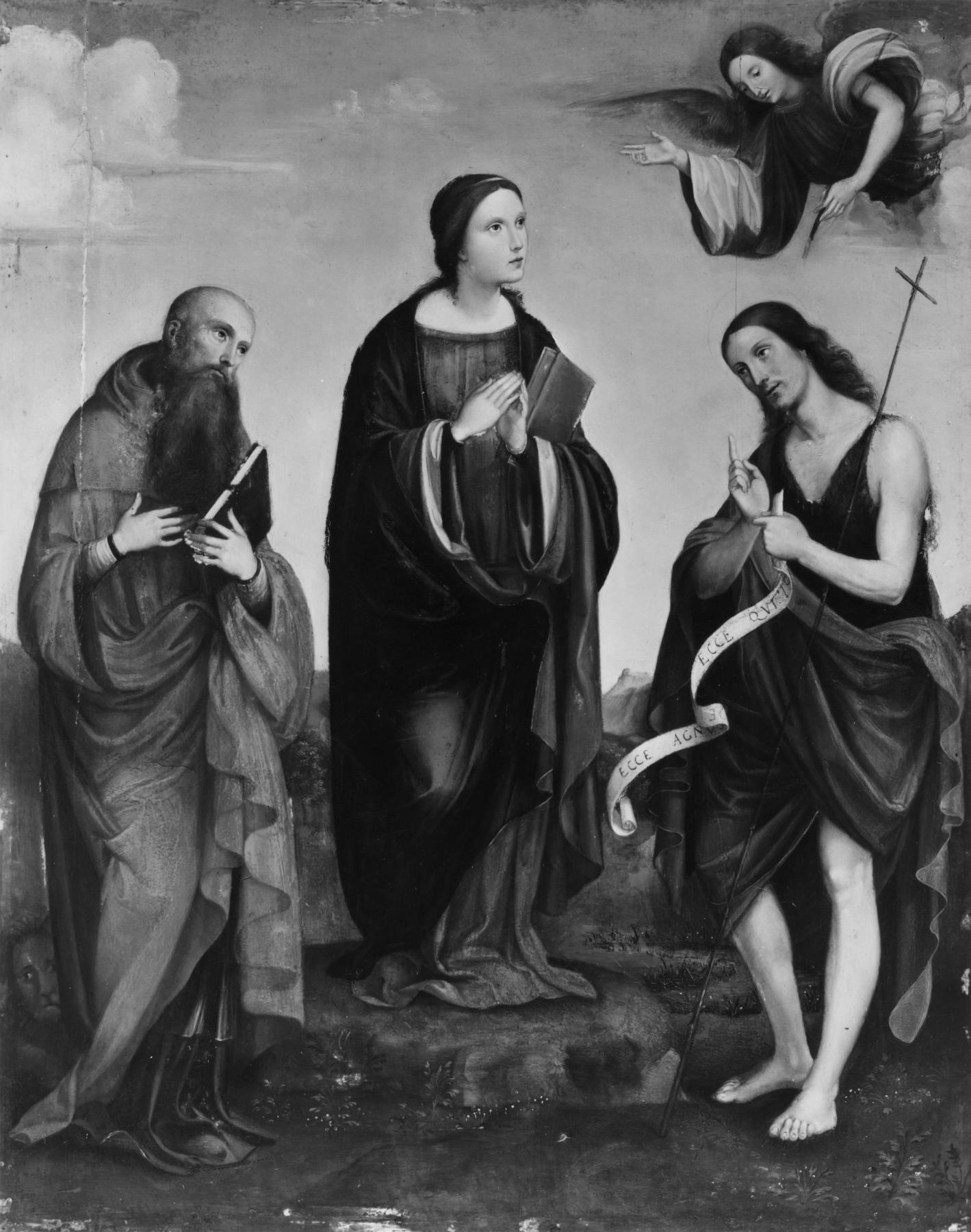 The Annunciate Virgin with Saints Jerome and John the Baptist

Francesco Francia was the leading artist in the city of Bologna during the late 15th and early 16th century. According to the artist and biographer Giorgio Vasari (1511-74), Francia’s paintings were so esteemed for their beauty that the citizens of Bologna “ran like mad to see them.” This painting is a small-scale version of a large altarpiece painted by Francia around 1505 for the church of San Girolamo di Miramonte in Bologna (now in the Pinacoteca, Bologna). At the center is the Virgin of the Annunciation with her hands in prayer as she looks toward the archangel Gabriel, who announced Christ’s conception and here serves more as an attribute, signalling the most important moment in her life, rather than actually delivering his message. At the left is Saint Jerome, patron saint of the church that commissioned Francia’s original altarpiece. At the right is Saint John the Baptist, who according to the Bible prophesized Christ’s role as the savior of mankind.

For Francia's original altarpiece from which this painting derives, see this page.

[Transcription] On scroll held by John the Baptist: .EDDE AGNVS | DEI | ECCE QVI. TO [LLIT PECCATA MVNDI]. (translation: Behold the lamb of god who is here to redeemer the world)