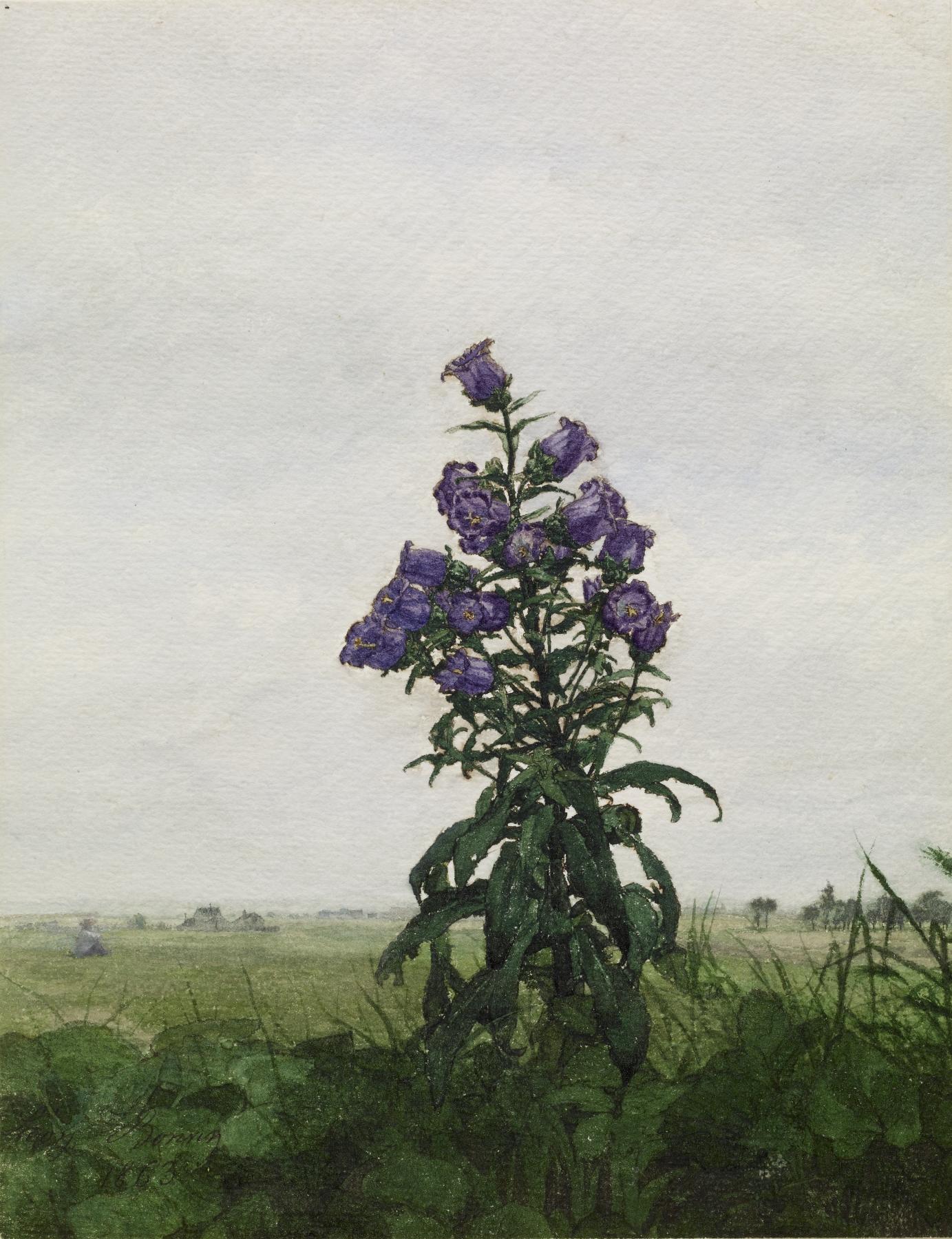 Campanula in front of a Landscape