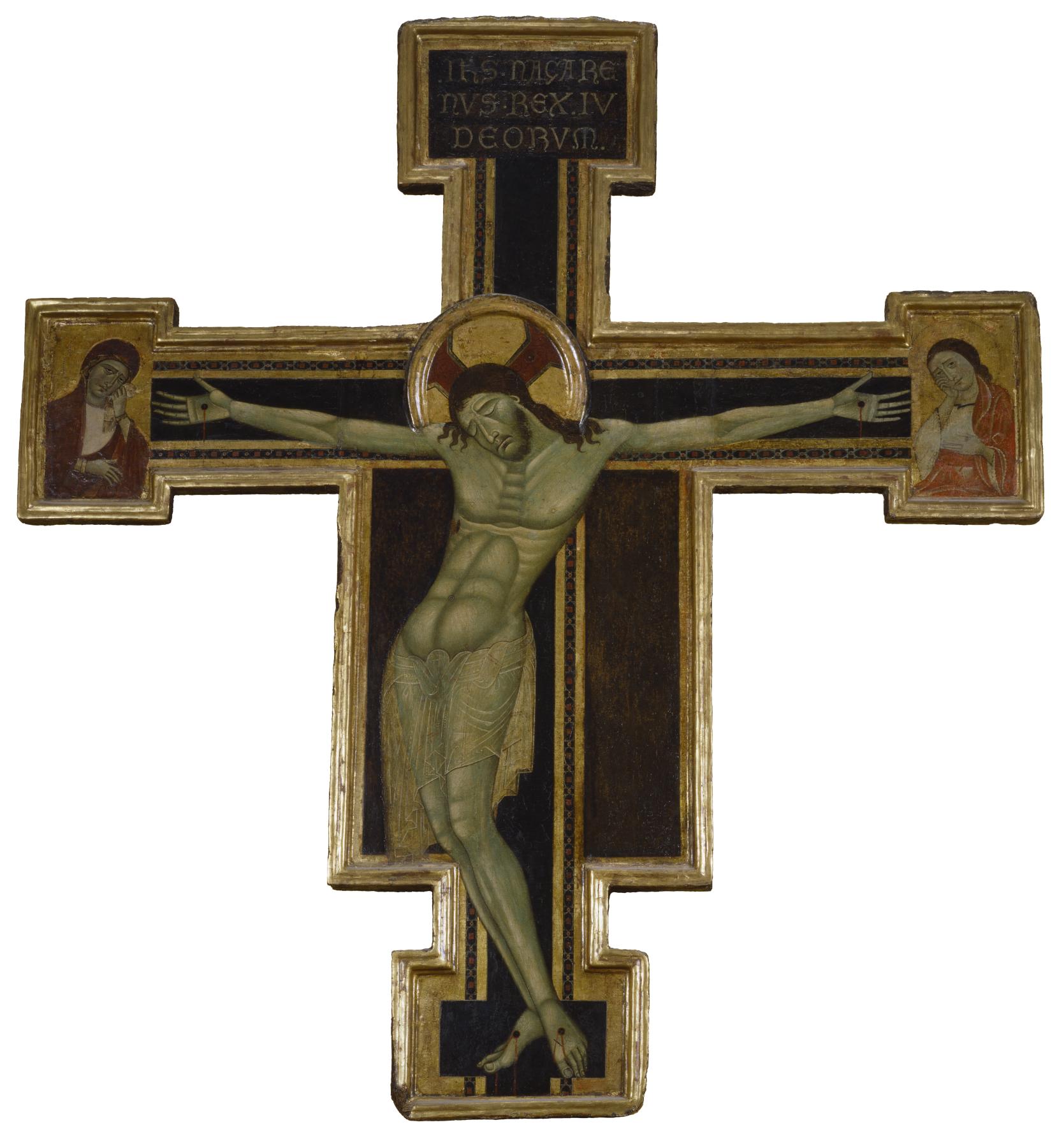 Crucifix with Mourning Virgin and St. John the Evangelist

This massive crucifix probably hung above the main altar of a church at the juncture between the nave and the sanctuary; the work presents a haunting figure of Christ. Christ's head falls forward while the swaying curve of his dead body is suspended from his bloody hands and outstretched arms. The grim physicality of his torso, depicted in a stylized manner with geometric modeling and a green tint, contrasts with the delicate nature of the diaphanous cloth draped around his hips. This vulnerable representation of the "suffering Christ" was developed in the mid-thirteenth century to elicit sympathy and create a devotional focus for worshipers during church services. Busts of the mourning Virgin Mary (left) and apostle John (right) appear at the ends of the cross's arms. They act as the loyal witnesses to Christ's Crucifixion. The unknown artist of this work depicted the elegance and emotive qualities of the crucified Christ in a manner clearly influenced by the Florentine painter Cimabue (ca. 1240-ca. 1302), recognized as one of the great Italian masters of the 13th century. Remarkable for its ability to fuse deep sorrow with great beauty, this painting is one of the finest examples of such a crucifix outside of Italy.

[Transcription] Inscribed in gold on top panel: IHS. NAZARE DEORUMNUS. REX. IU; [Transcription] According to Zeri, reconstructed from traces of the original on the molding: IHS.NACARE | NVS. REX. IV | DEORVM.; [Translation] Jesus of Nazareth, King of the Jews