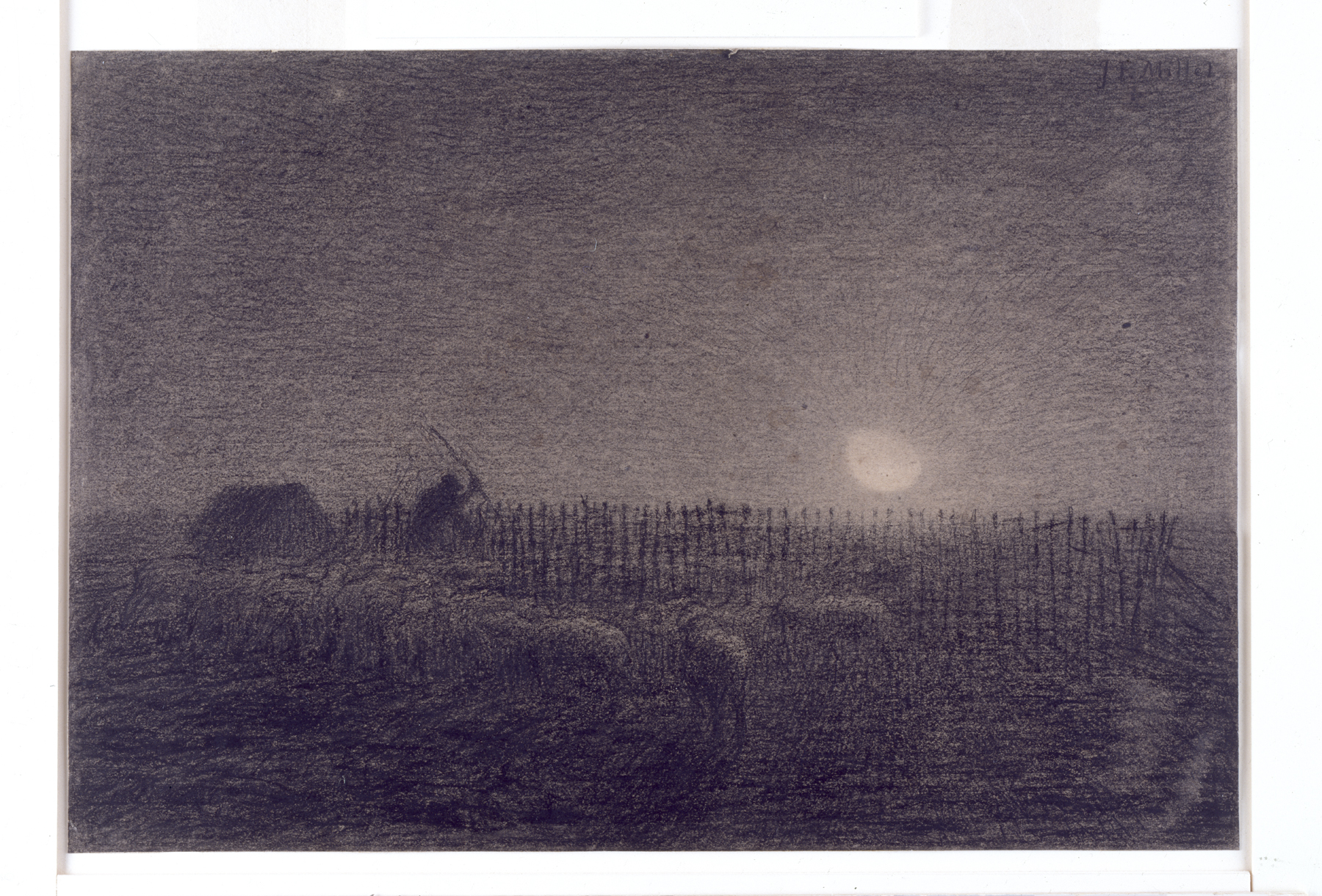 Perhaps encouraged by his developing friendship with Théodore Rousseau, Millet began to concentrate more on landscape settings in the mid-1850s. This painting represents a nocturnal scene on the plain that extended outside the artist's studio between the villages of Barbizon and Chailly. Millet shows a solitary, itinerant shepherd encouraging his flock of sheep into a portable pen. To the left is the movable hut where the shepherd would sleep between April and November, allowing him to act as the nightly guardian of his flock. Such mysteriously lit drawings would later appeal greatly to Georges Seurat.

Millet produced at least five versions of "The Sheepfold, Moonlight," in oil, pastel, and charcoal. The earliest is probably the painting in the Walters Art Museum (Walters 37.30), which has been dated to ca. 1856-58. This drawing can be considered a contemporary or later variant. 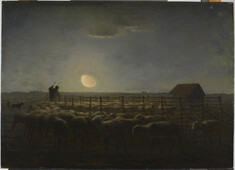