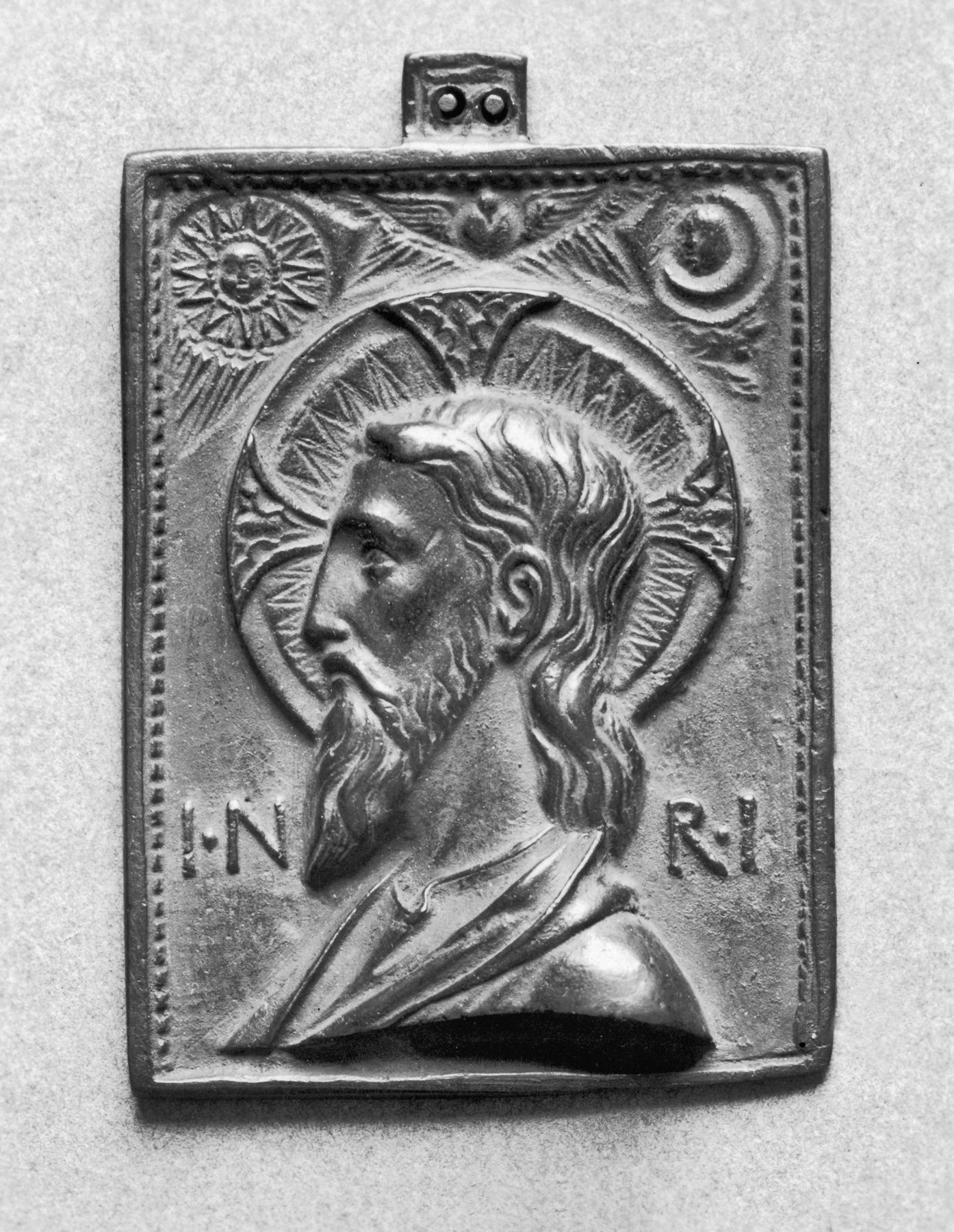 Plaquette with the Head of Christ

This is a typical devotional image for private meditation, produced in large numbers and not very expensive. Its value lay in the subject. Depictions of Christ on easily reproducible bronze plaquettes and medals were popular in Renaissance Italy and were widely exported. Inscriptions on other examples indicate that this profile image of Christ was regarded as an authentic portrait.

The letters "I N R I" stand for "Iesus Nazarenus Rex Iudaeorum," "Jesus of Nazareth, King of the Jews." This is the inscription that, according to the Evangelist John, Pilate had written on the plaque above Christ's head on the cross. The sun and moon allude to the cosmic significance of his sacrifice.

[Transcription] I N R I