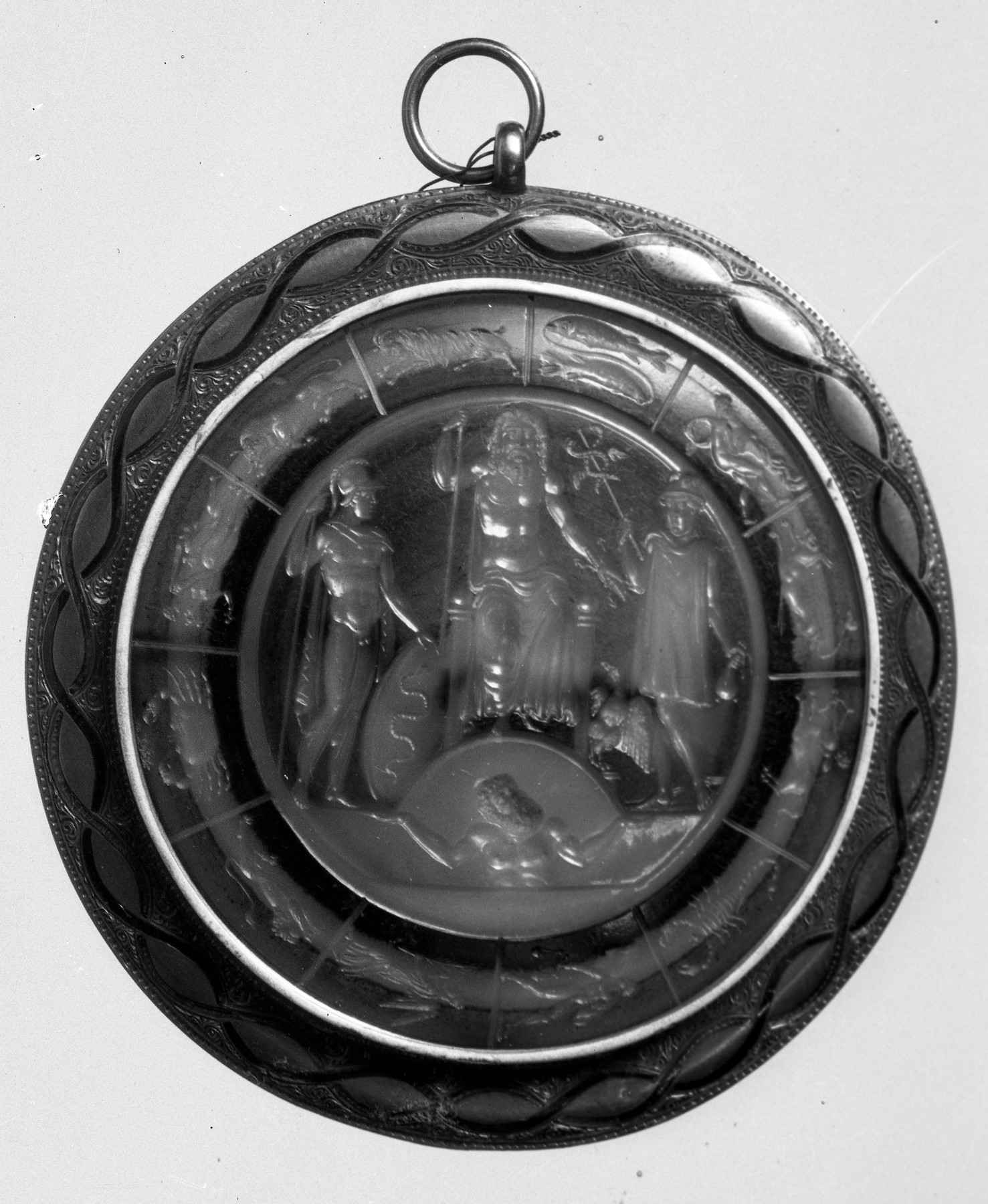 Intaglio with Jupiter, Mars, and Mercury Surrounded by the Zodiac Set in a Pendant

This intaglio depicts Jupiter enthroned and flanked by Mercury on the right, holding a caduceus and wearing a petasos, and Mars on the left, helmeted and holding a spear. An eagle stands between Mercury and Jupiter. Below the three gods, the torso of a bearded male figure is shown in a semi-circle, representing Atlas. The central scene is surrounded by the twelve signs of the zodiac.