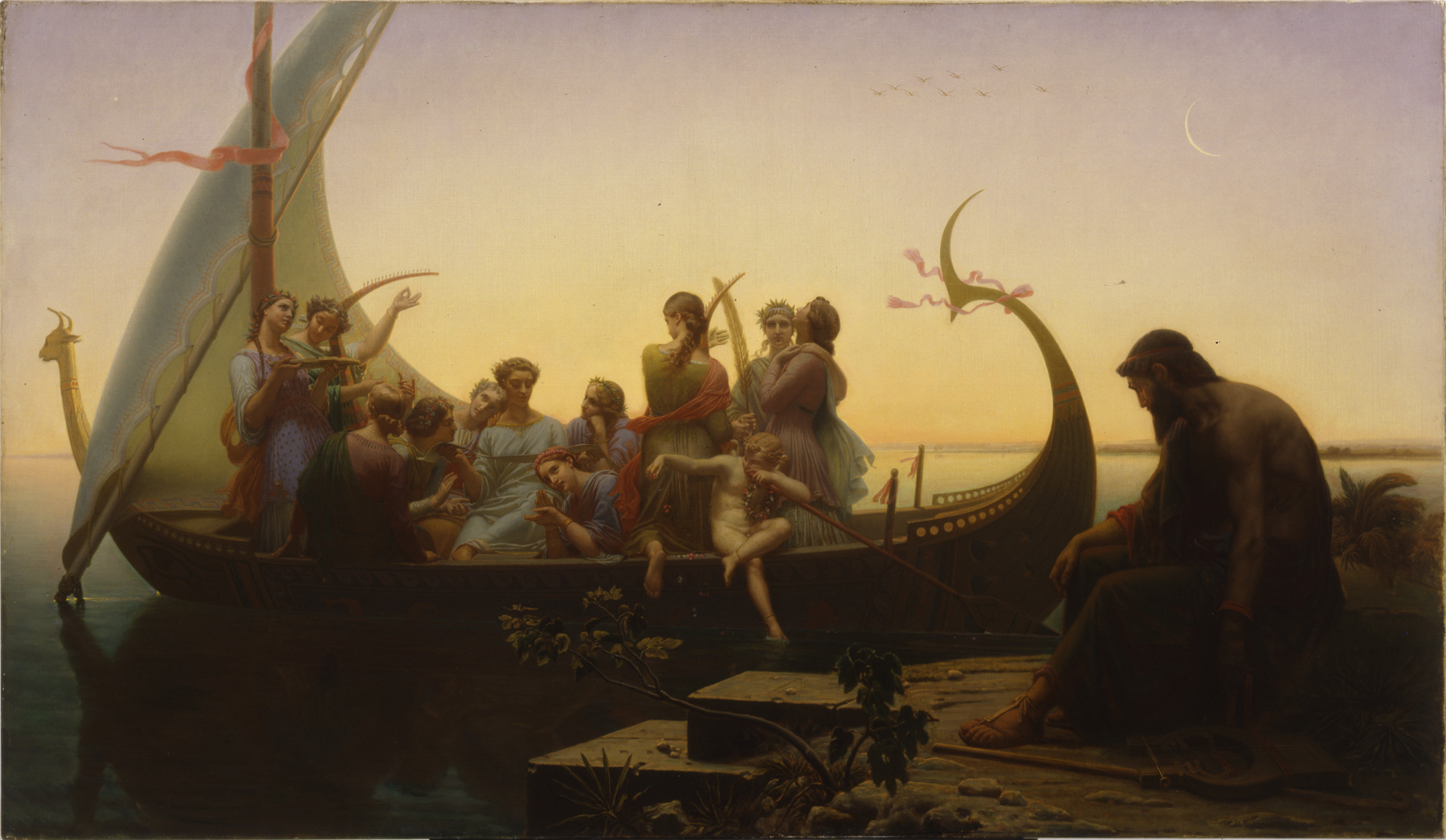 Gleyre claimed that "Lost Illusions" represented a vision that he had experienced on the evening of March 1, 1835, while sitting on the banks of the Nile River near Abydos, Egypt. An aging poet watches pensively as a mysterious boat carries away his youthful dreams and illusions, personified by music-making maidens and a cupid strewing flowers. Although the figures in the painting wear classical Greek dress, their vessel resembles a "dahabieh," an Egyptian river boat.

In 1843, Gleyre succeeded Paul Delaroche as the head of the major private studio in Paris. His pupils included such diverse figures as the Academic artist Jean-Léon Gérôme, the future Impressionists Alfred Sisley and Auguste Renoir (1841-1919), and the American James Abbott McNeill Whistler (1834-1904). This painting, begun by Gleyre's pupil Léon Dussart and reworked by Gleyre himself, replicates Gleyre's masterpiece "Le Soir" (now in the Louvre Museum, Paris). William Walters commissioned this painting from the artist through the Parisian art dealers Goupil & Cie. in 1865. It took two years to complete. Conscious of the delay, the firm wrote to Walters:

Mr. Gleyre has finally nearly finished his reproduction of his picture. . . We are happy to be able to tell you that this reproduction is beautifully done. It has taken a long time and has required more trouble from the painter than he thought.