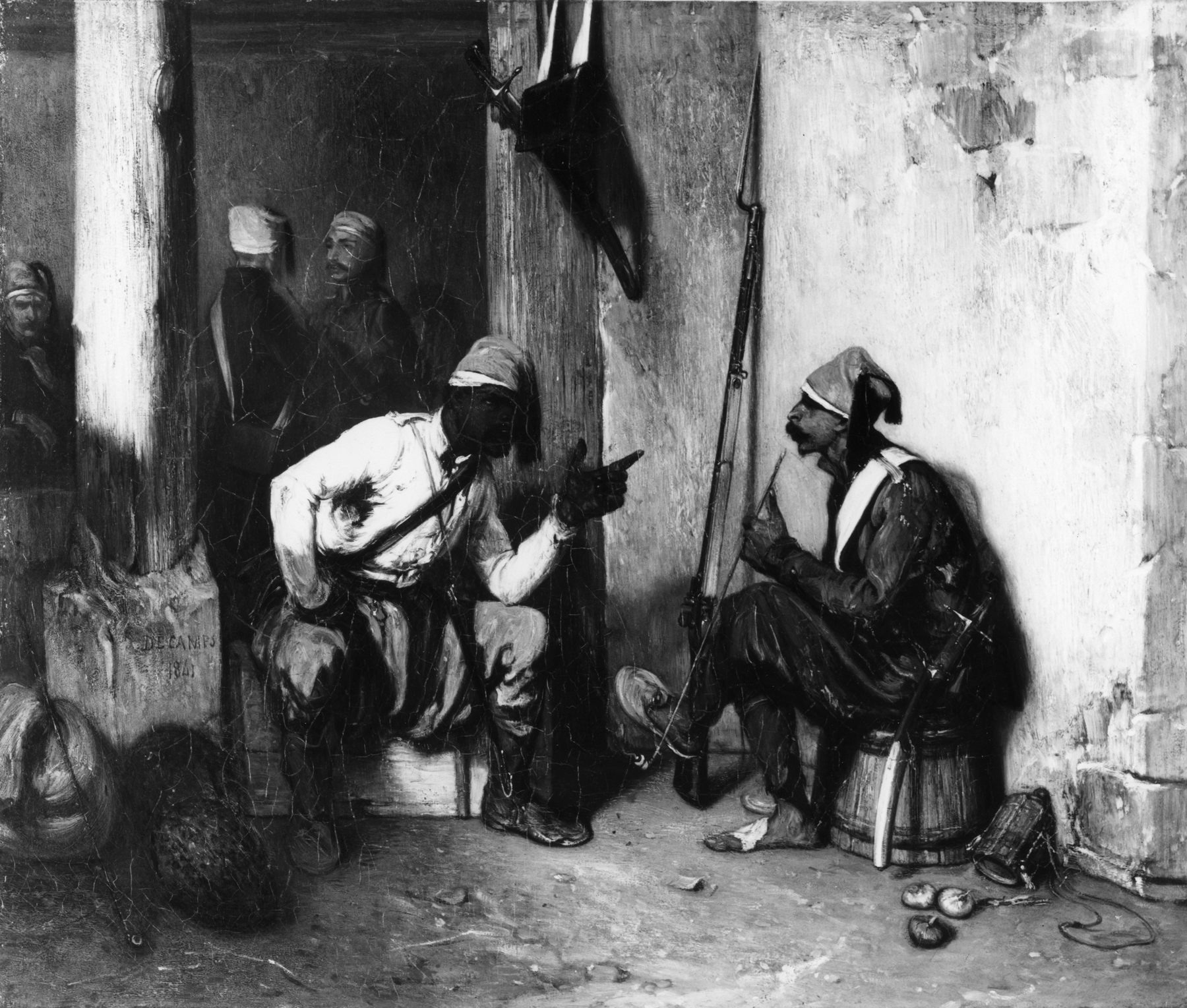 In a Turkish guardroom or barracks, two soldiers are seated conversing. One with African features gesticulates while addressing the other who listens impassively, smoking his long pipe. On the ground beside the speaker, are a cloth-wrapped bundle, a couple of melons, and a pipe. Three other soldiers are discernible in the background. Behind the figure smoking is a crumbling masonry wall, a recurrent motif in Decamps' pictures.