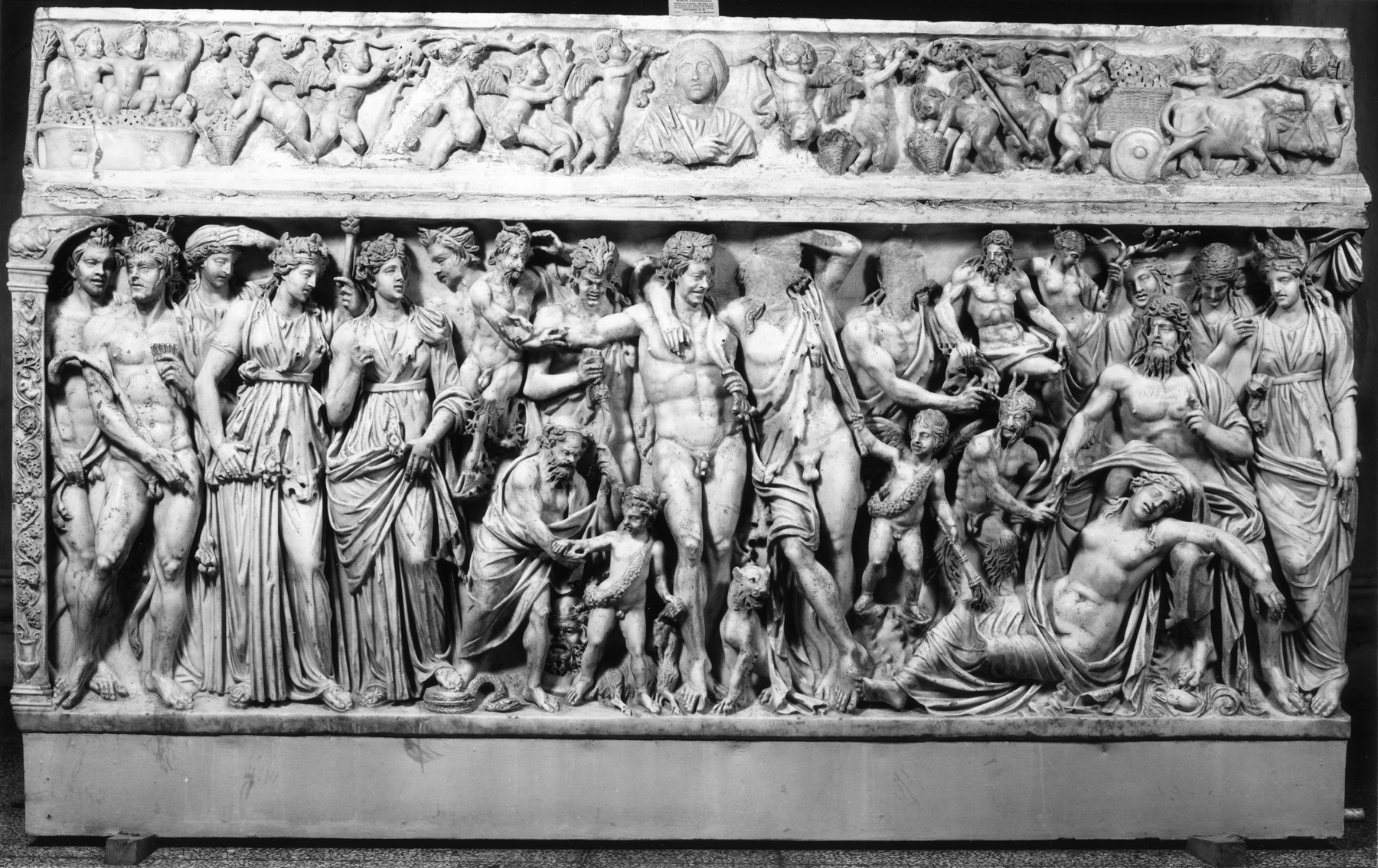 Sarcophagus with Dionysus and Ariadne

Carved in high relief, Dionysus approaches the sleeping Ariadne on the island of Naxos where Theseus, whom she had rescued from the Minotaur's labyrinth, had abandoned her. He is surrounded by his attendants, including satyrs, maenads, and multiple figures of the half-man, half-goat deity Pan. To the right, beside the sea (indicated by waves and a small dolphin below), Ariadne lies with her head in the lap of Thanatos, god of death. Eros draws Dionysus (panther at his feet) towards the maiden, who will be released from her death-like state and marry him. Dionysus's ability to overcome death makes this appropriate imagery for a sarcophagus.

Although the faces of Dionysus and the satyr to his left have unfortunately been destroyed, the brilliance of the carving, the tall, thin proportions of the figures, and the complexity of the composition reveal this work as a masterpiece of the late 2nd century. Like several of the other sarcophagi here, this example is large enough to accommodate the burial of a married couple. The lid, depicting Eros figures participating in the wine harvest, is a later addition.