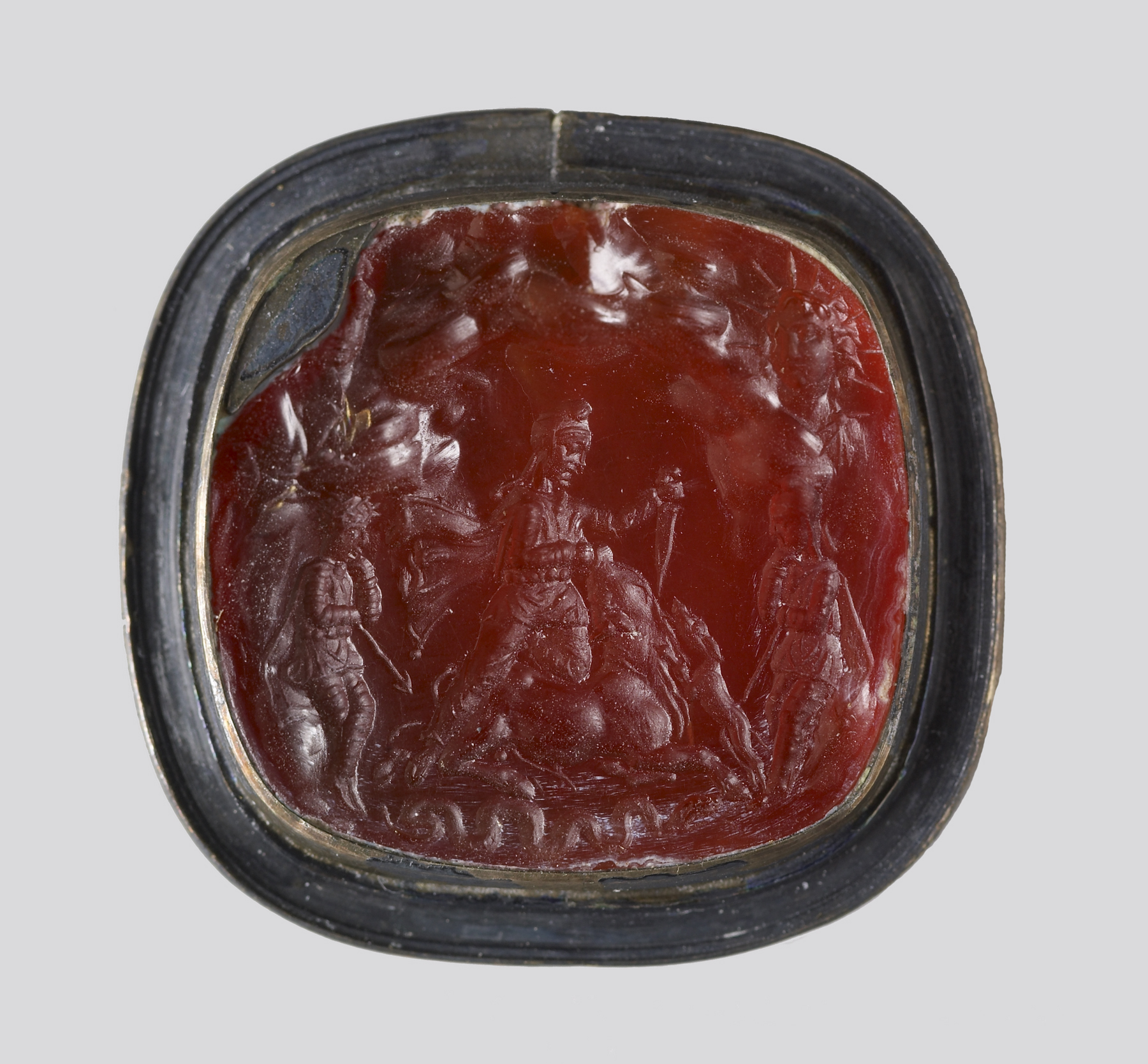 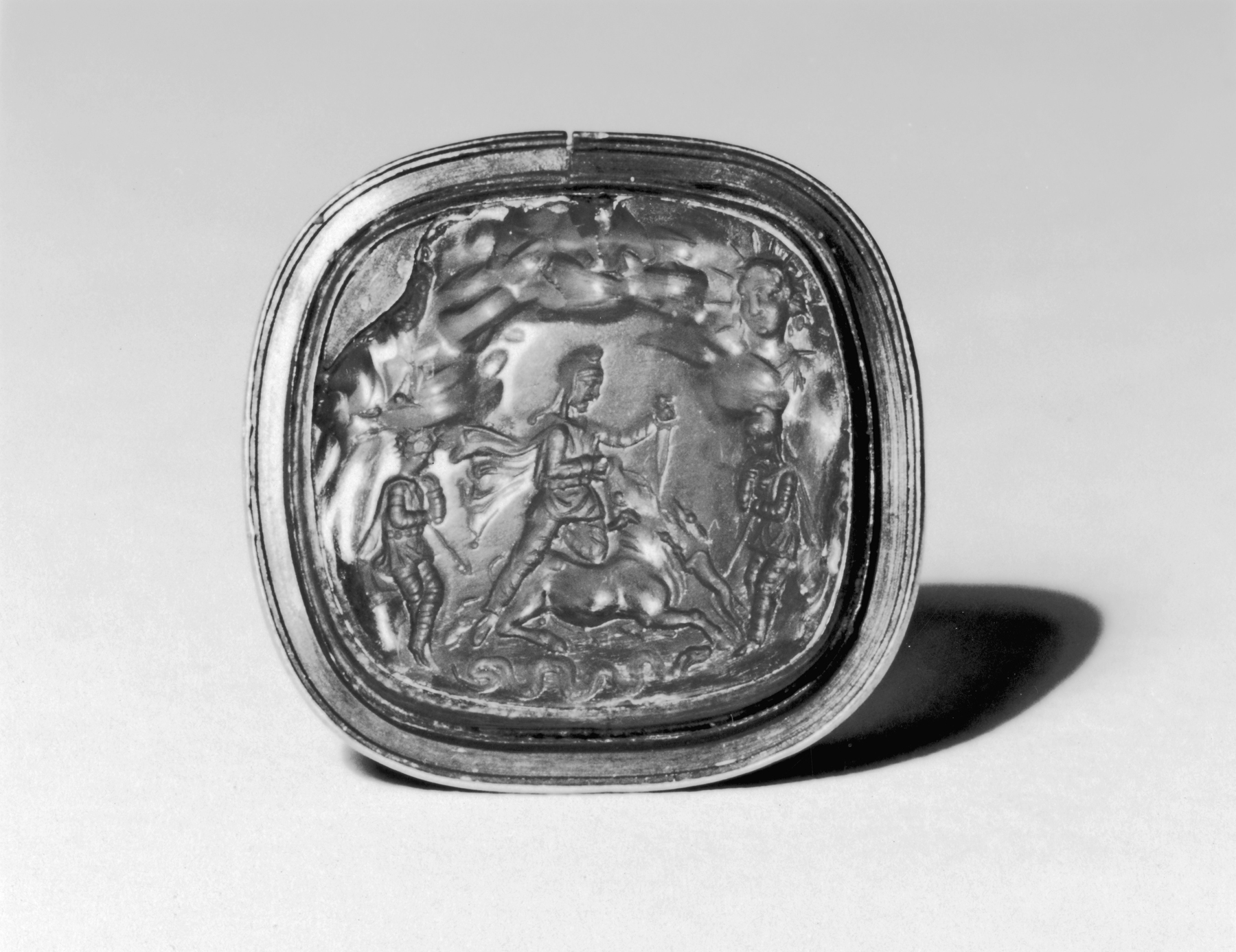 Intaglio of a Mithraic Sacrifice

Mithras was a Persian creation god, as well as the god of light. Mithraism, the mystery religion associated with him, spread throughout the Roman Empire. Initiation into Mithraism was restricted to men and was especially popular with soldiers in Rome and on the northern frontier during the 2nd and 3rd centuries AD.

According to the Persian myth, the sun god sent his messenger, the raven, to Mithras and ordered him to sacrifice the primeval white bull. At the moment of its death, the bull became the moon, and Mithras's cloak became the sky, stars, and planets. From the bull also came the first ears of grain and all the other creatures on earth. This scene of sacrifice, central to Mithraism, is called the Tauroctony and is represented as taking place in a cave, observed by Luna, the moon god, and Sol, the invincible Sun god, with whom he became associated in Roman times. Mithras is generally depicted flanked by his two attendants, Cautes and Cautopates, and accompanied by a dog, raven, snake, and scorpion.

In front of the cosmic cave, Mithras, flanked by his two torchbearers, Cautes and Cautopates, sacrifices the primeval bull. He is surrounded by his attributes, a dog, a snake, and the heads of the sun and moon gods. This is a rare early representation of the Tauroctony, and its fine carving and realistic detail differ from later versions of the god's image.