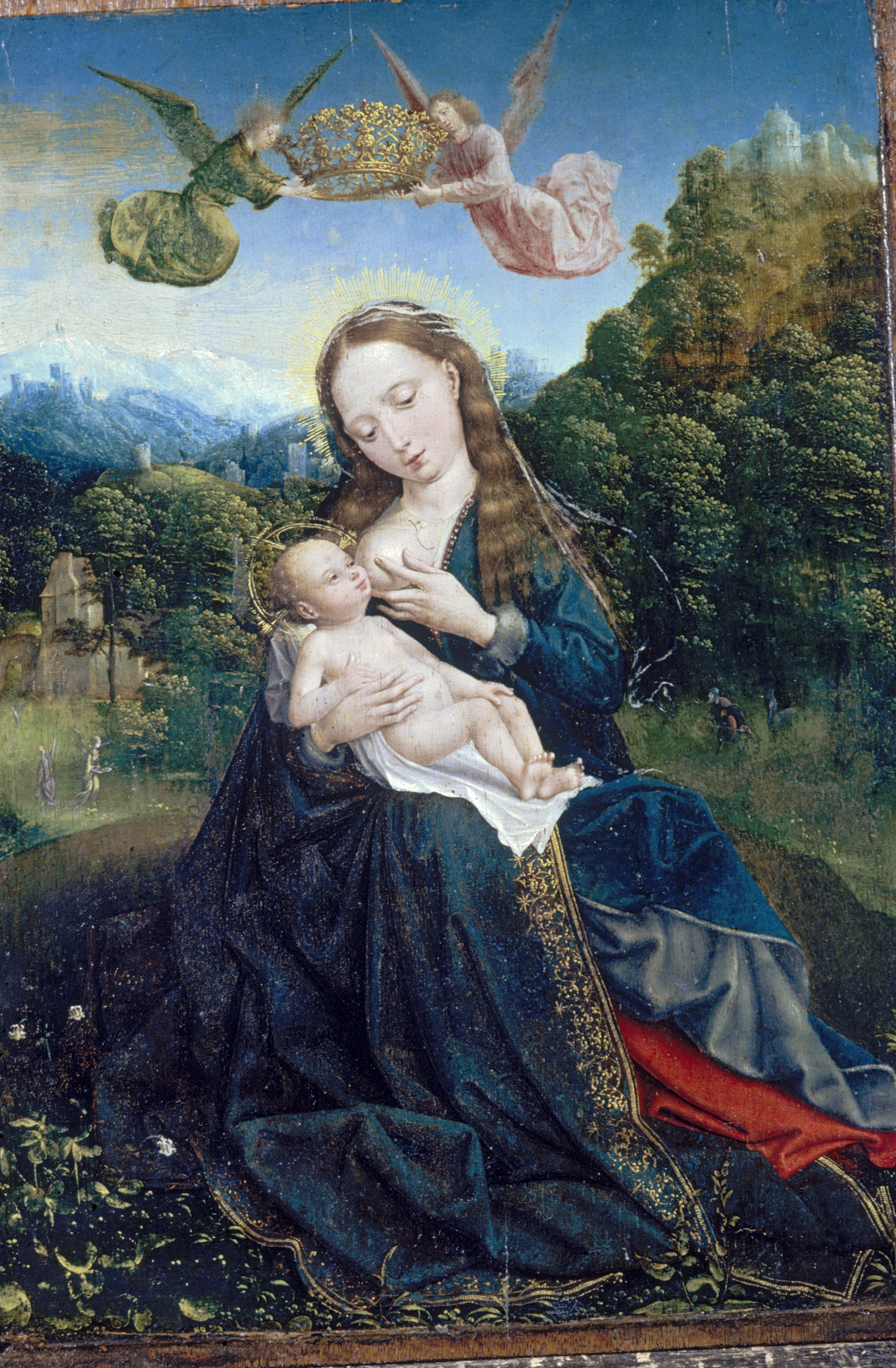 Rest on the Flight into Egypt

Simple images of the Virgin and Child were often found in private homes as an inspiration to prayer and meditation. The Gospels tell us little of the Holy Family's flight into Egypt to escape the wrath of Herod, though later legends describe the family stopping to rest and take nourishment. While the Virgin sits humbly on the ground and nurses her child, she is regally dressed, and angels hold a crown above her head in anticipation of her future role as Queen of Heaven. The columbines flowering in the foreground, an inn in the middle distance, and the wilderness through which the family has fled, depicted by overlapping hills receding to snowy peaks, reflect the new interest in the natural world among Antwerp painters at this time.