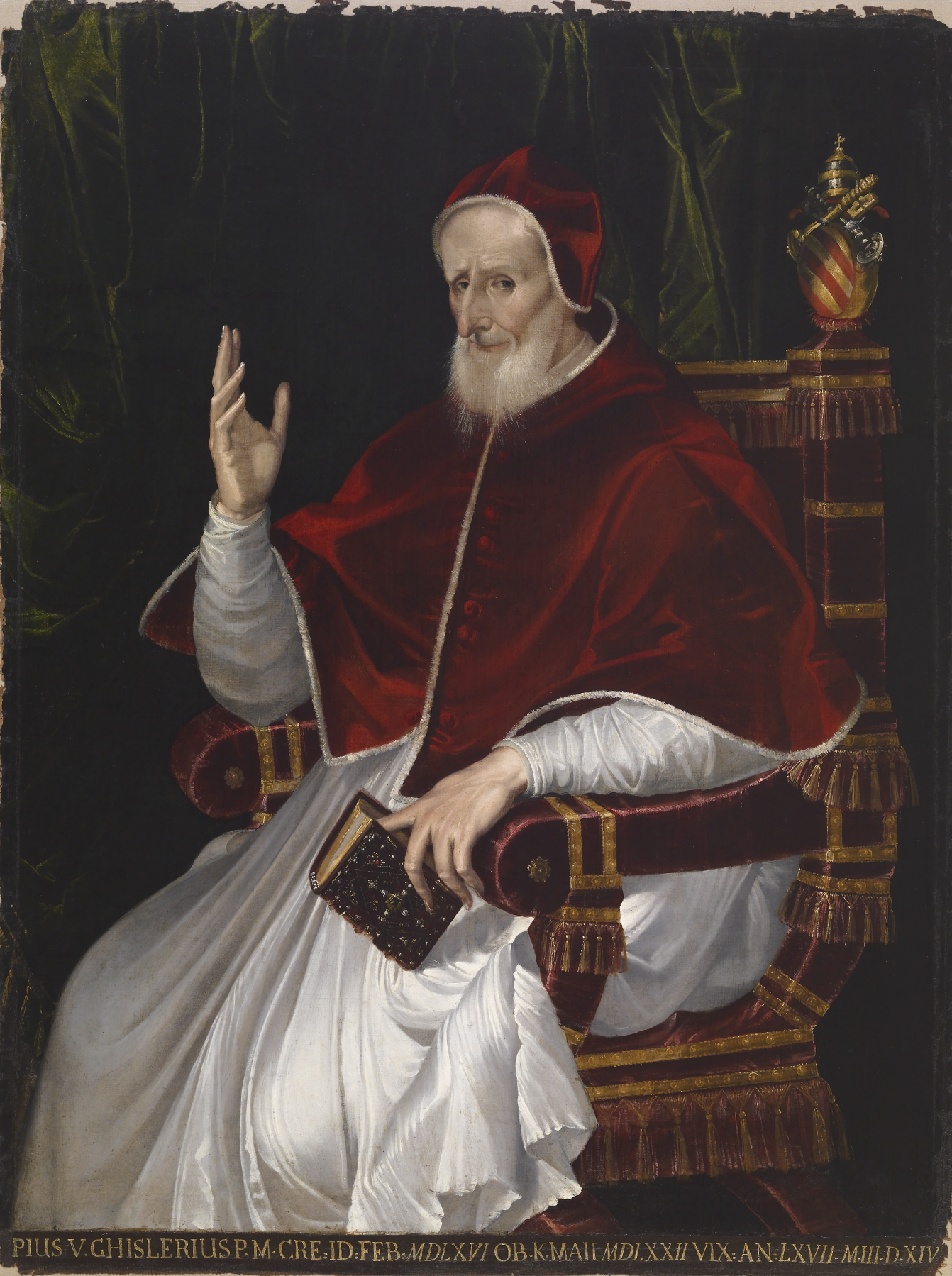 The aging, enthroned pope turns toward the viewer while making the sign of blessing with his right hand. Pius V (1566-1572) belonged to the Ghislieri family, and on the top of the back of the throne is his family's coat of arms crowned by the papal tiara and the keys of St. Peter, a symbol of the papacy's descent from Christ's apostle. The identifying inscription below is a later addition.

Passerotti worked in the mannerist style, which is characterized by strikingly elongated proportions. The pope's bony appearance reveals both his age and the artist's knowledge of human anatomy. The style of the paintings's execution lacks the subtlety of shading found in Passarotti's best portraits and this is most likely a workshop replica of the original portrait, now lost, perhaps that formerly in the Sacchetti collection in Rome. Pius V was born Antoinio Ghislieri into a modest family in the duchy of Milan. He entered the Dominican order as a youth and throughout his life he maintained their austere lifetyle. Appointed cardinal in 1557, after the death of Pius IV, he was elected pope on 7 January 1566 and crowned as Pius V ten days later.