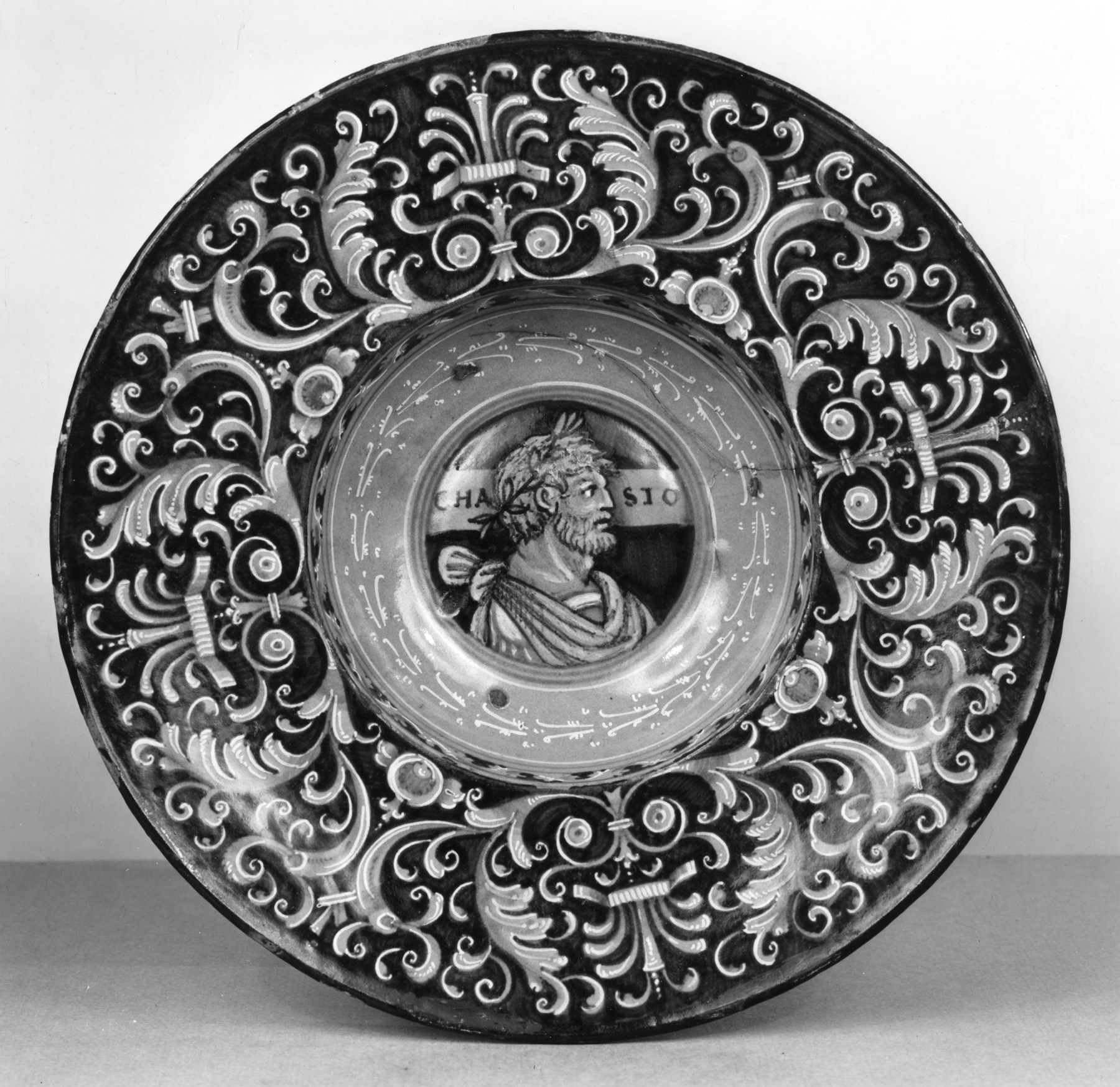 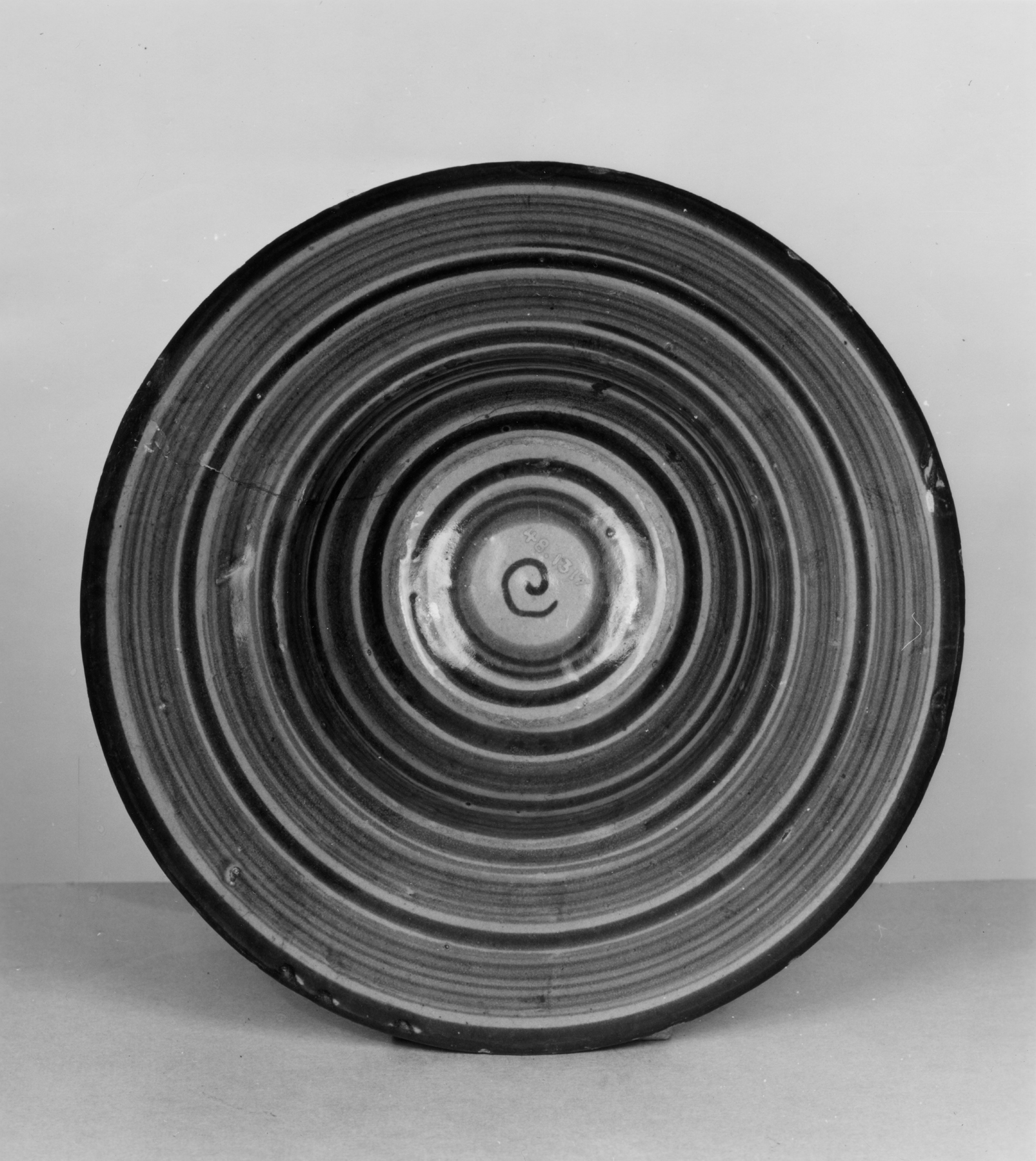 The center medallion of this dish portrays the profile of a man wearing a traditional ancient Roman toga and laurel wreath. The name “CHASIO” is inscribed in the background, probably referencing Gaius Cassius Longinus (87-42 BCE), one of Julius Caesar’s (100-44 BCE) assassins. The profile was likely adopted from a Roman coin, though not one of the many coins issued in the name of Cassius as his coins do not bear his portrait, but typically the head of Liberty veiled to symbolize the restrictions on liberty under Caesar.

The outer ring of this dish is decorated with palmettes, acanthus leaves, and scrolls, painted in a bluish-white tin glaze on a dark blue background. This decorative color scheme, known as “berettino,” became a specialty of Faenza potters during the first half of the sixteenth century. The back of the dish is painted with blue concentric circles alternating between dark and shaded bands, and a small dark blue spiral is at the center. The Faenza workshop that most likely produced the present dish is that known as the Casa Pirota Workshop. For other works from this workshop, click on the name in the creator field; for another maiolica dish with a Roman profile, see 48.1321; for more on ‘maiolica’ in general, see 48.1336.

[Maker's Mark] In the center of the back, between the foot ring, a small dark blue spiral