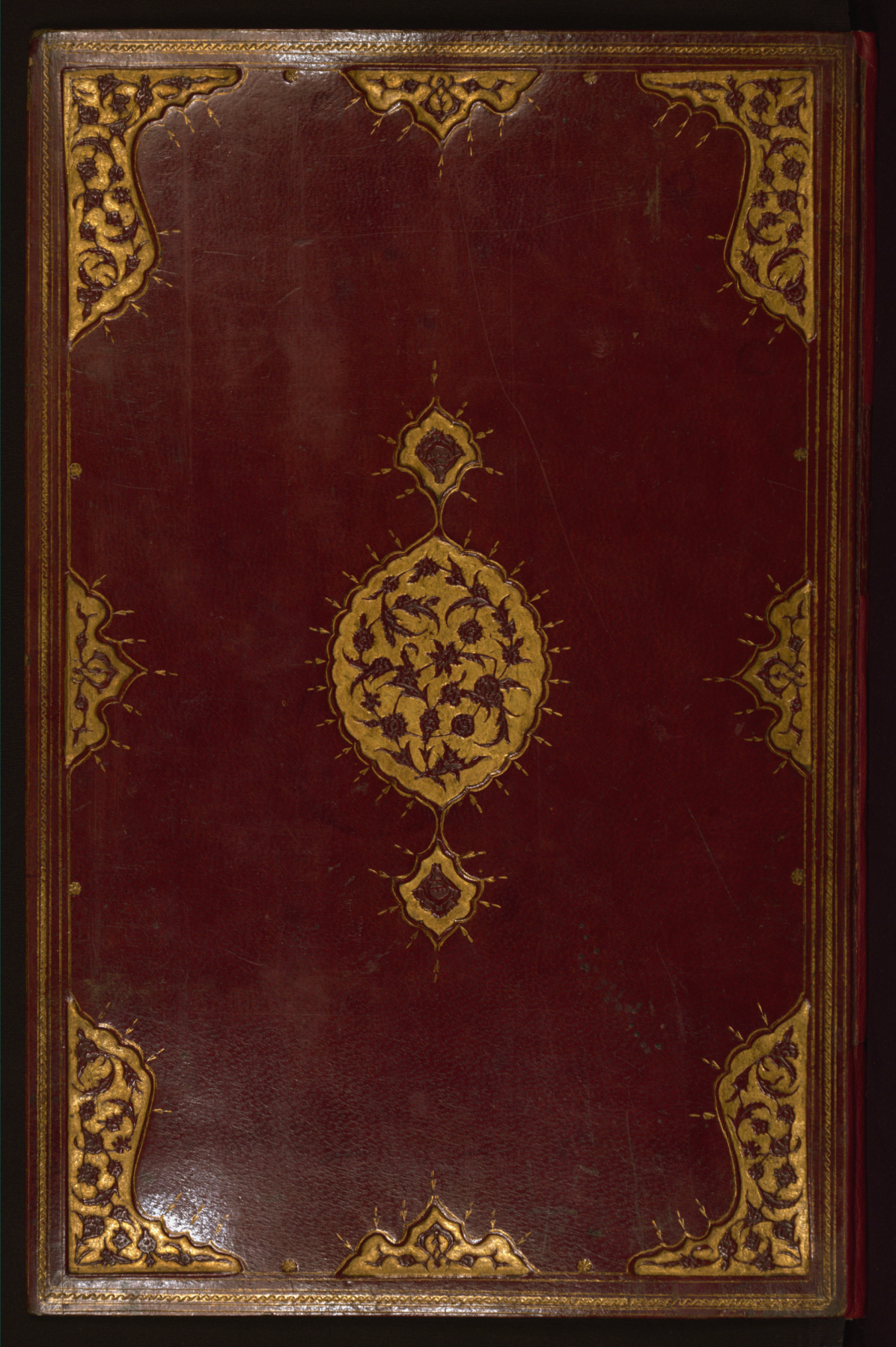 Poem in Honor of the Prophet Muhammad

Walters manuscript W.582 is an illuminated copy of the famous poem in honor of the Prophet Muhammad, popularly known as Qasidat al-burdah (Poem of the mantle), composed by Sharaf al-Din Muhammad al-Busiri (died 694 AH/AD 1294). The text was written in a variety of scripts in the 11th century AH/AD 17th. According to the colophon, written in Riqa' script, it was executed by Habib Allah ibn Dust Muhammad al-Khwarizmi. The text of the poem begins on fol. 5b. Each page has borders of various colors with illuminated floral and geometric motifs. The borders and brown leather binding date to the 12th century AH/AD 18th. 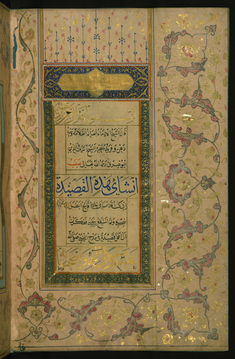 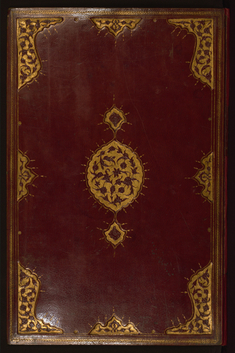 Binding from Poem in Honor of the Prophet Muhammad 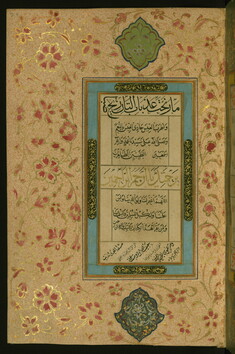 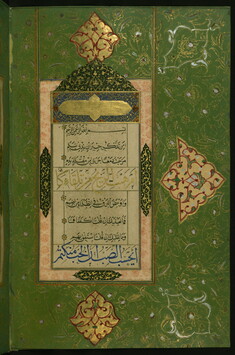