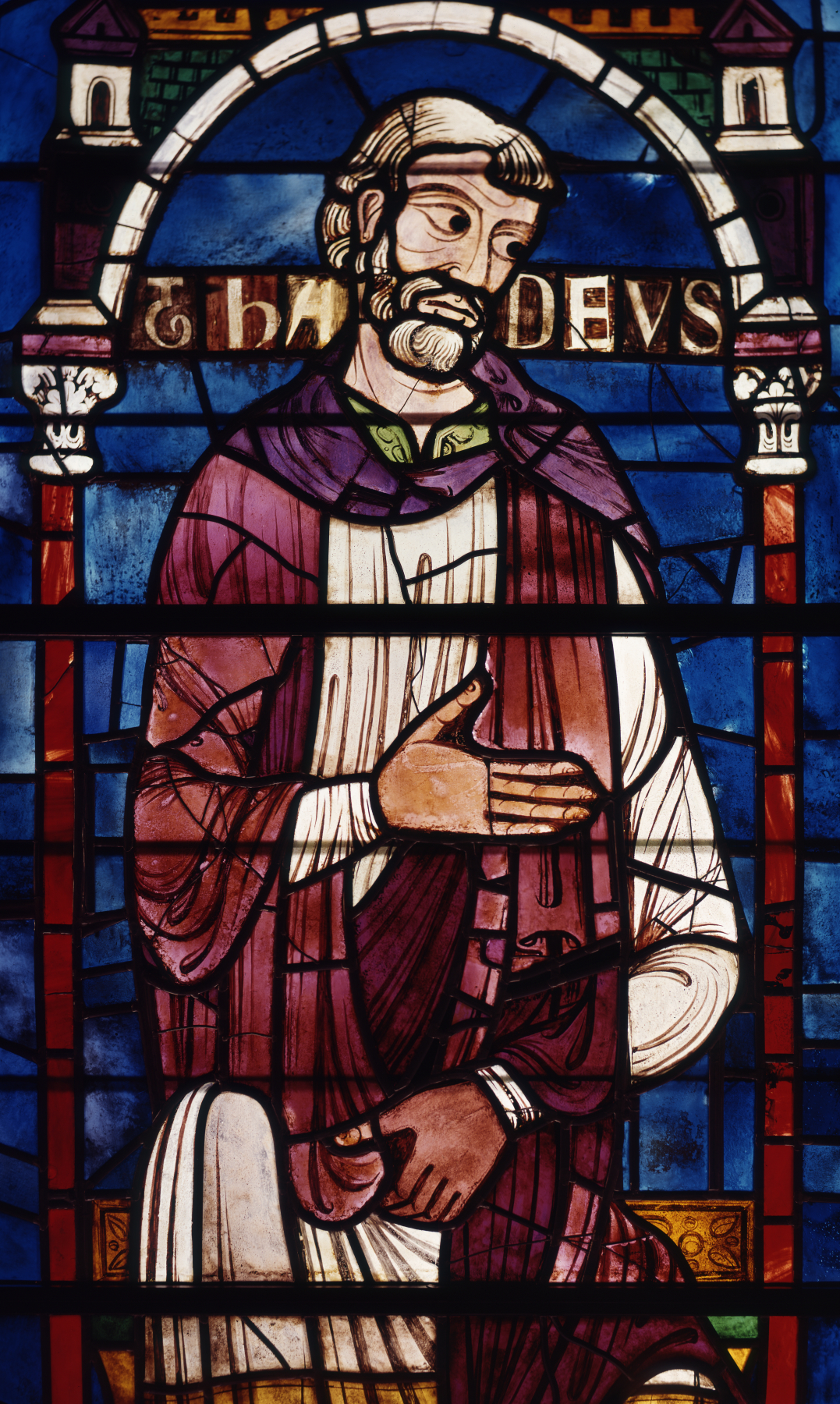 This figure may be one of a group of twelve ancestors of Christ from the abbey church of Saint-Yved in Braine, near Paris. The figure bears the name of the apostle Thaddeus, but since only three letters are original (the H, A and E), the name may in fact be Phaleg or Phares, Old Testament figures from the genealogy connecting Christ to Adam. Parts of the window, especially the bottom panel, are modern restorations.

Panels from this series have been connected in style and composition to the stained glass of Canterbury cathedral, illustrating the artistic ties between France and England during this period.