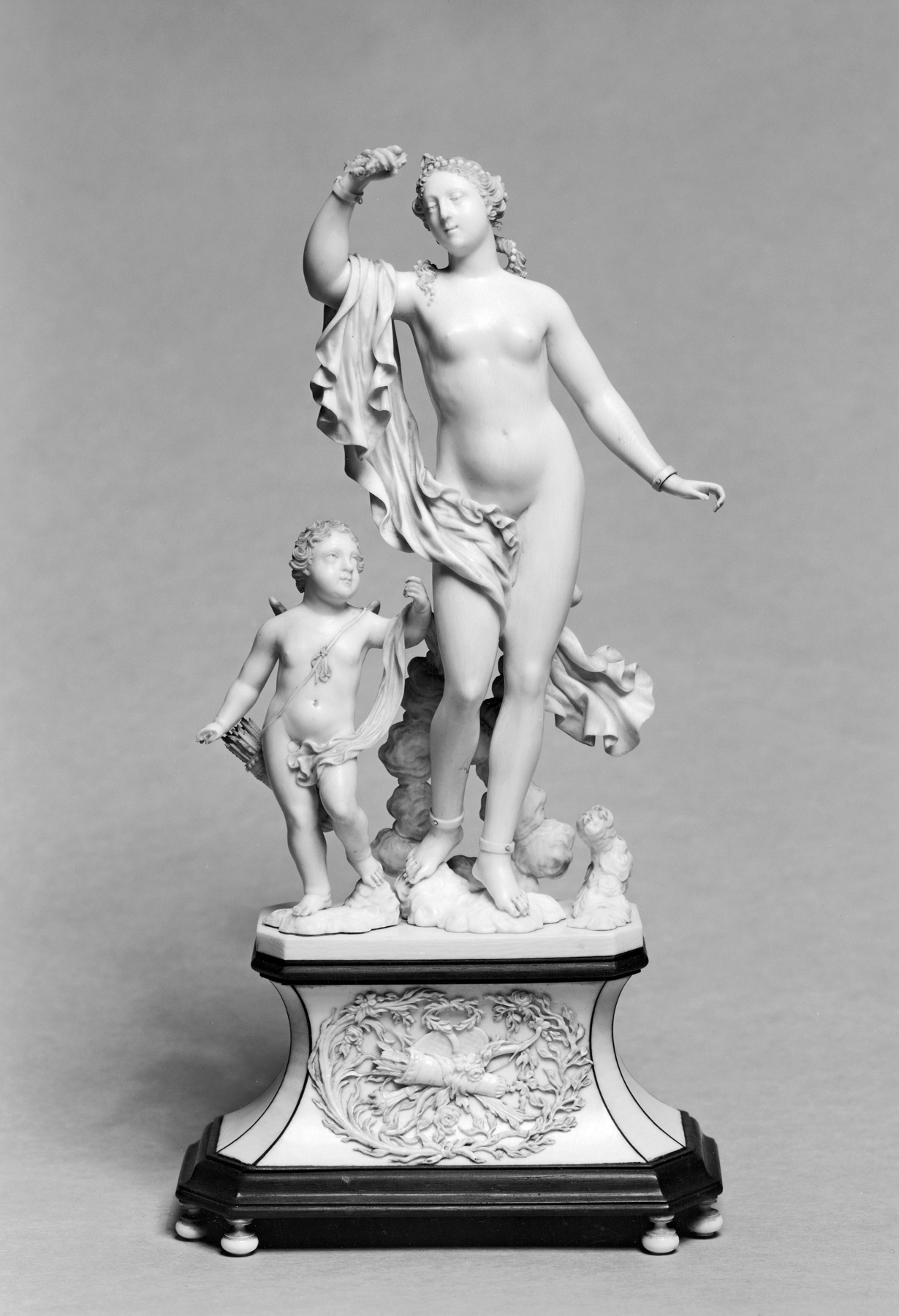 Statuette of Venus and Cupid

Venus, attended by Cupid, stands among clouds. An inscription on the reverse of this statuette, "Sculpté à . . . Par Belleteste," suggests that it was produced by a member of the Belleteste family, who were active in ivory carving in Dieppe and briefly at Versailles from the late 17th to the early 19th centuries.