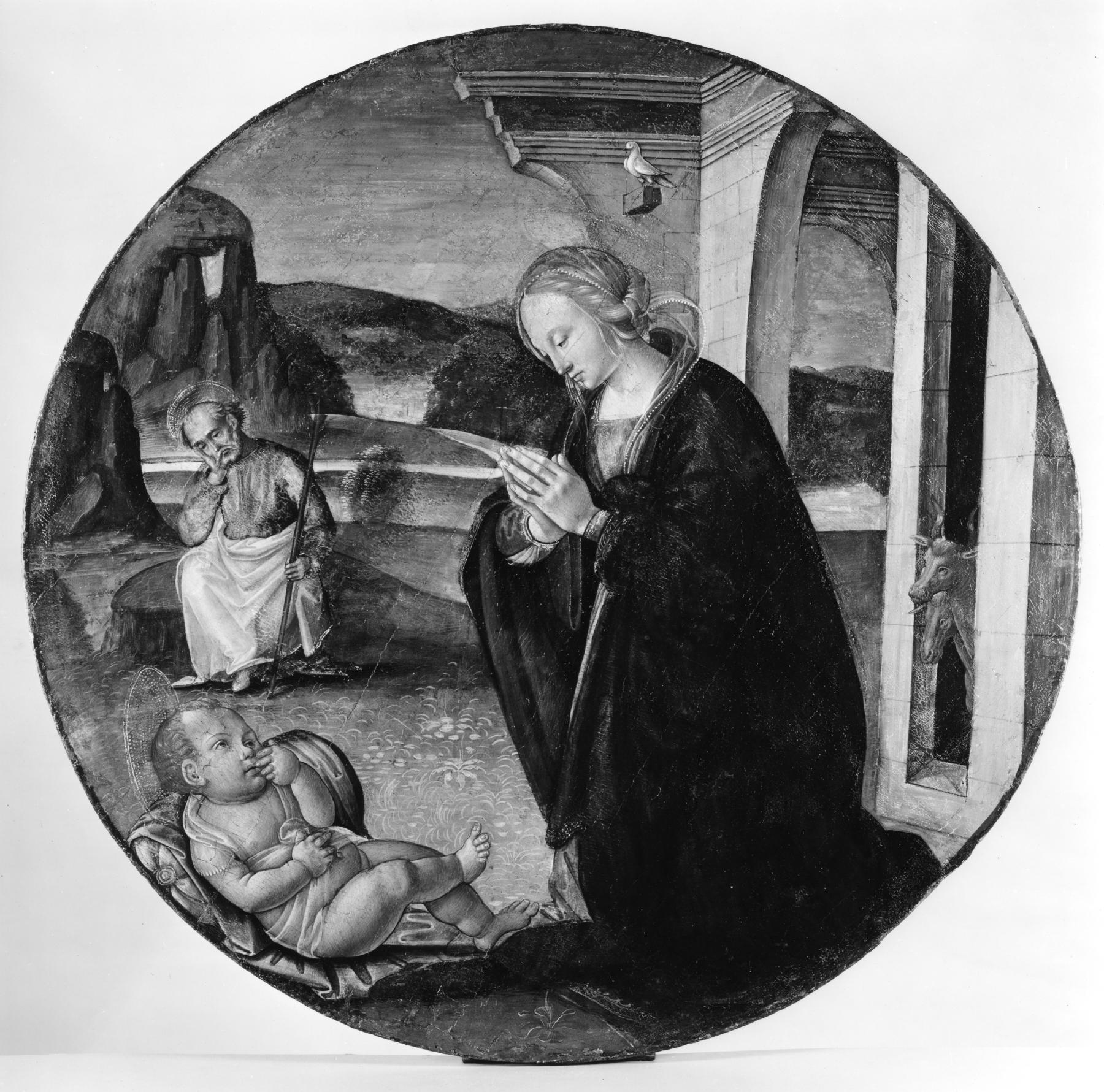 In this “tondo” (circular painting) of the Nativity, the Virgin Mary kneels in adoration of the Christ Child while Saint Joseph is asleep in the background. At the right, the ox and ass, both present in the biblical accounts of the Nativity, look out from the door of a ruined building. A white dove, representing the Holy Spirt, is perched on a stone above the Virgin's head.

Tondi were popular in Renaissance Florence, especially in domestic spaces where they were typically hung high on the wall. They were often commissioned to give thanks to God for special events such as the birth of a child—hence the large number of tondi depicting the Nativity. Artists often calculated their compositions in tondi to correspond to the shape of the panel; here, the curved bodies of the Christ Child and the Virgin compliment the panel's circular form.

Painted around 1500, this tondo has been attributed to the so-called “Pseudo Granacci,” a name given by art historians to an anonymous Florentine painter whose works used to be confused with those of Franceso Granacci (1469-1543). While it shows some similarities to that artist's works there are also notable differences: the Christ Child, for instance, is more robust and the landscape sparser than the painter's more characteristic tondi, such as those at the Speed Art Museum in Louisville, Kentucky, or the Galleria Palatina in Florence. The attribution therefore remains open.