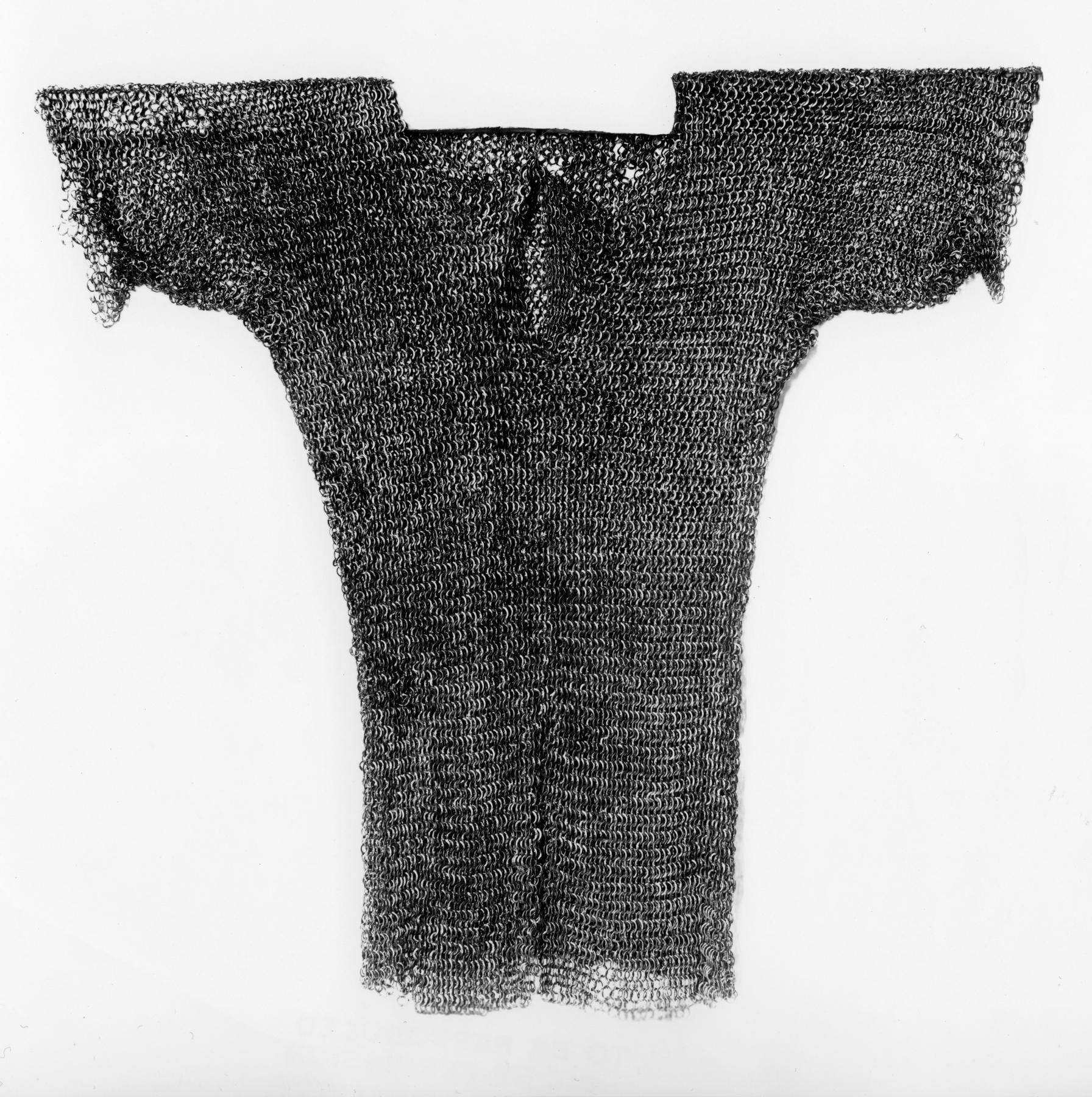 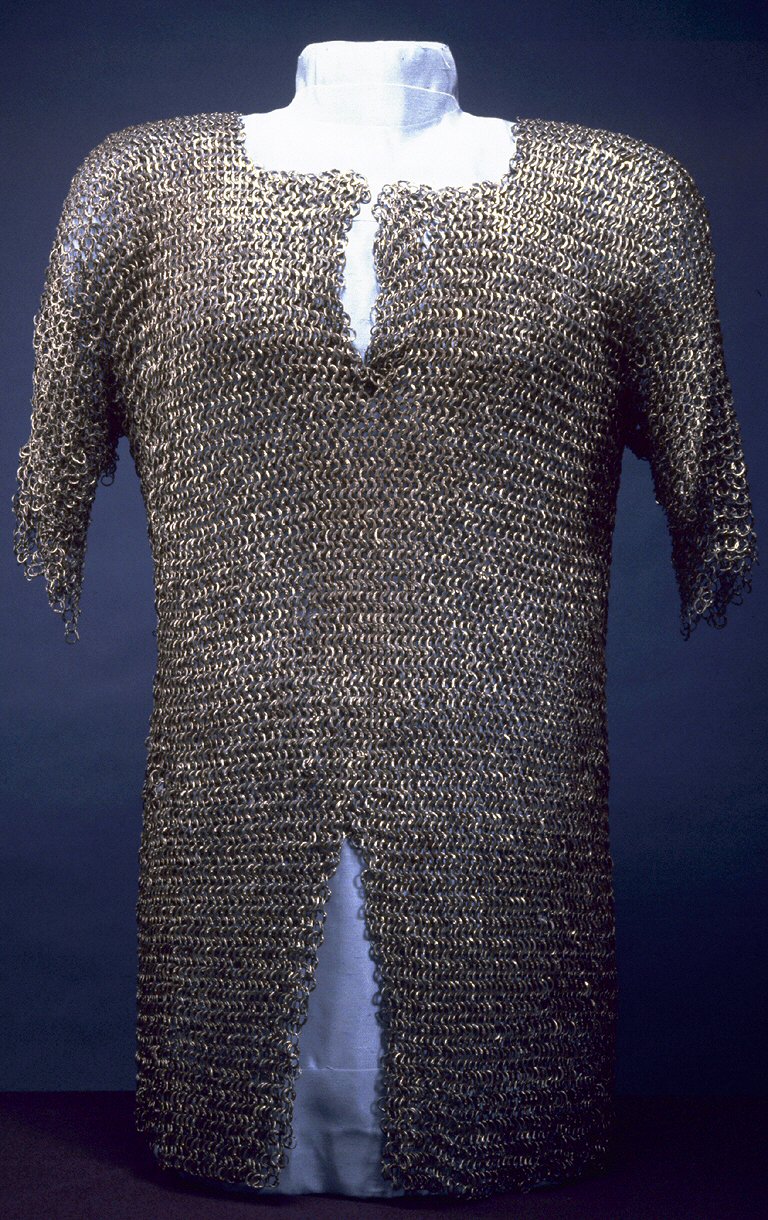 The mail (from the Latin word for mesh) worn by the Romans was made from interlocking iron rings, but the development during the Middle Ages of the capacity to refine iron into steel-harder and more durable than iron-meant higher quality armor as well as weapons. A typical shirt has about 30,000 rings, each individually riveted, and might weigh about 16 or 17 pounds. A shirt of mail was worn over a padded garment to protect the skin and soften the effect of a blow. It is more flexible than plate armor but is heavier for the wearer because all the weight is suspended from the shoulders. Mail was gradually replaced by plate armor in the 14th century, though it continued to be worn by some infantry soldiers and to fill gaps in a knight's armor.