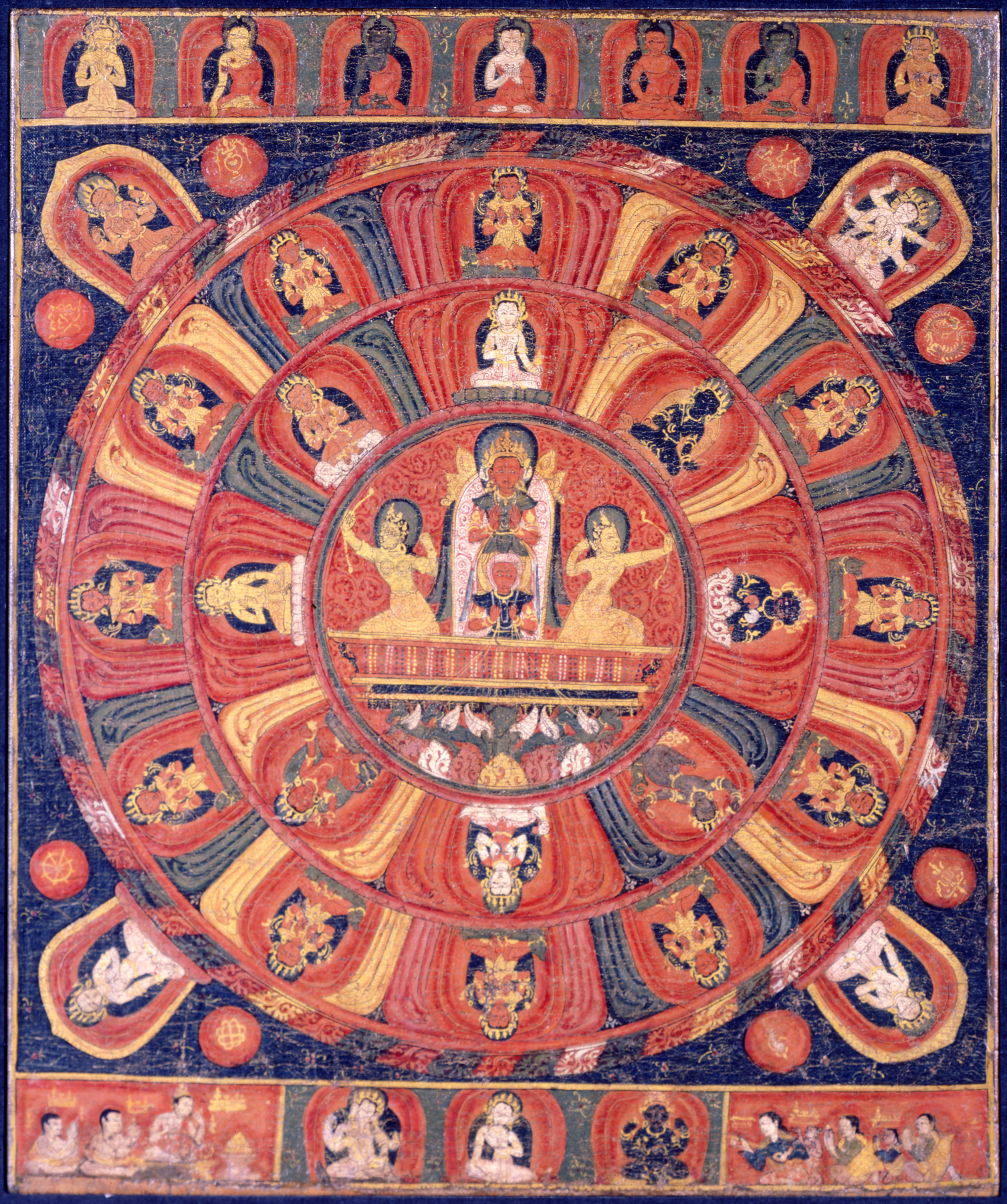 Mandala of Surya, the Sun God

Surya, the sun god, is worshiped by both Hindus and Buddhists in Nepal. He appears here at the center of a double-lotus mandala, standing behind his charioteer, Aruna, who drives Surya’s chariot across the sky each day, from dawn to sunset. The goddesses Usha and Pratyusha, Dawn and Pre-dawn, accompany him, shooting away darkness with their bows and arrows.

Surya is the first of nine planetary deities known as the "Navagraha," and the remaining eight occupy the first layer of lotus petals surrounding the central circle. On the second layer of lotus petals are the 12 solar deities known as "Adityas," each of whom is associated with a specific month in the year. Within the square space framing the mandala’s outer ring of flames are four Buddhist goddesses and the eight auspicious Buddhist symbols. Together with the five cosmic Buddhas sitting along the top, they point to the Buddhist dedication of this painting. Two bodhisattvas, white Manjushri and red Avalokiteshvara, flank the five Buddhas. On the bottom, the goddess white Tara is accompanied by the dark blue Mahakala and the elephant-headed god Ganesha. Like Surya, Ganesha is worshiped by both Hindus and Buddhists in Nepal.

In the lower left corner, a Buddhist priest and two assistants perform rituals before a fire altar, while in the lower right corner, the patron’s family looks on. Nepalese Buddhists carried out ceremonies intended to prevent evil influences from disturbing the sun and the moon. The sun may also be an object of meditation, paired with the moon and imagined inside one’s body.