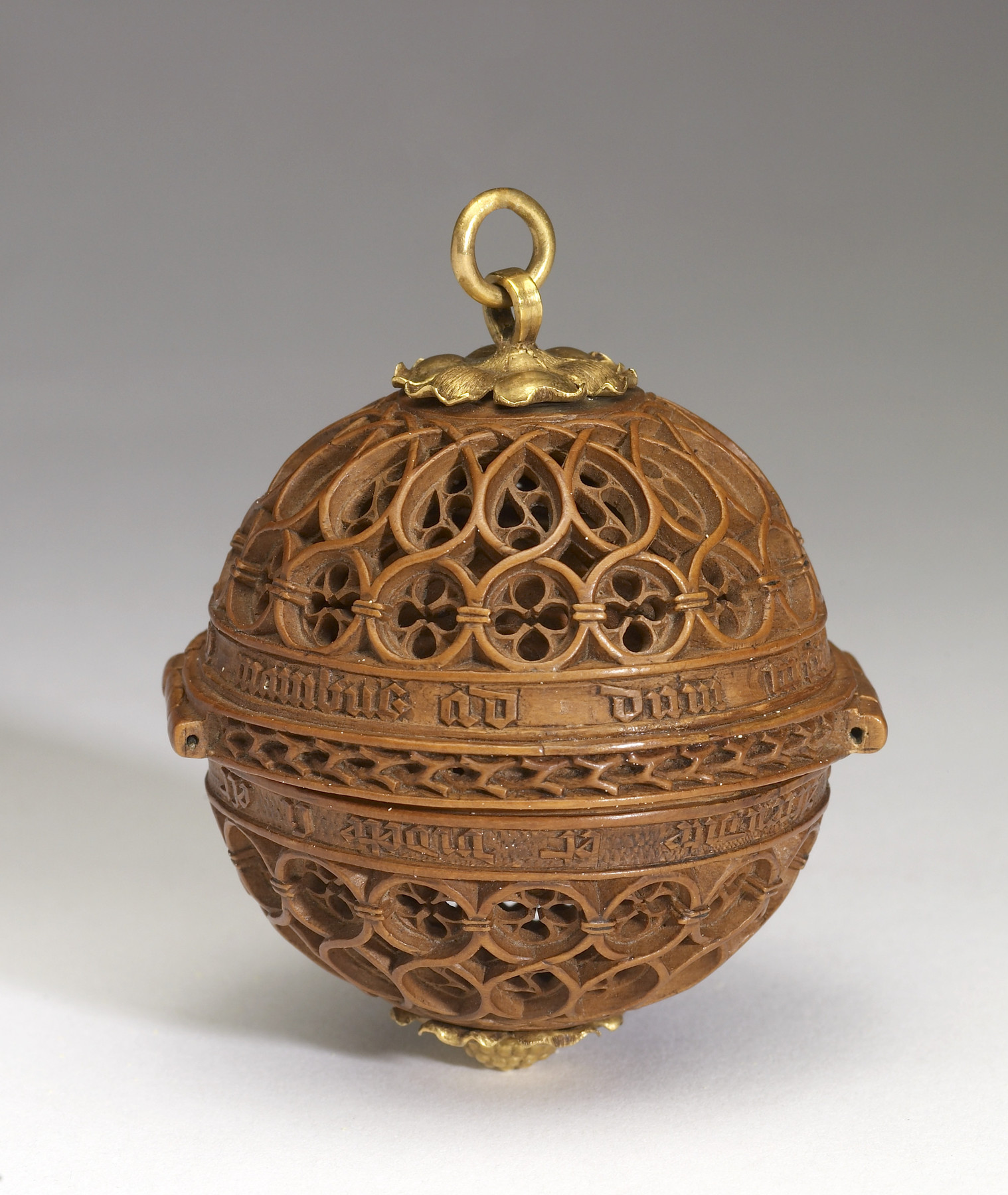 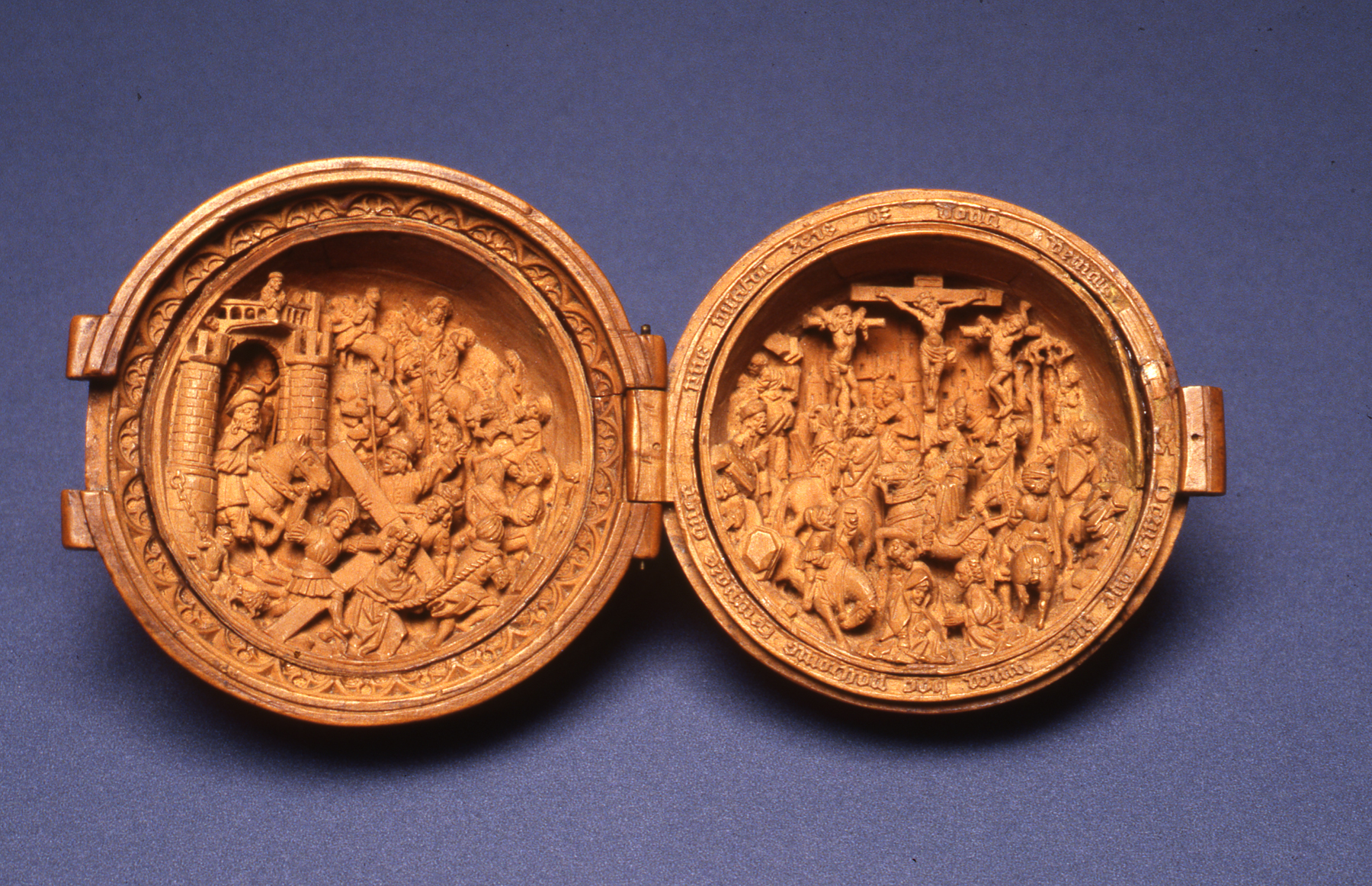 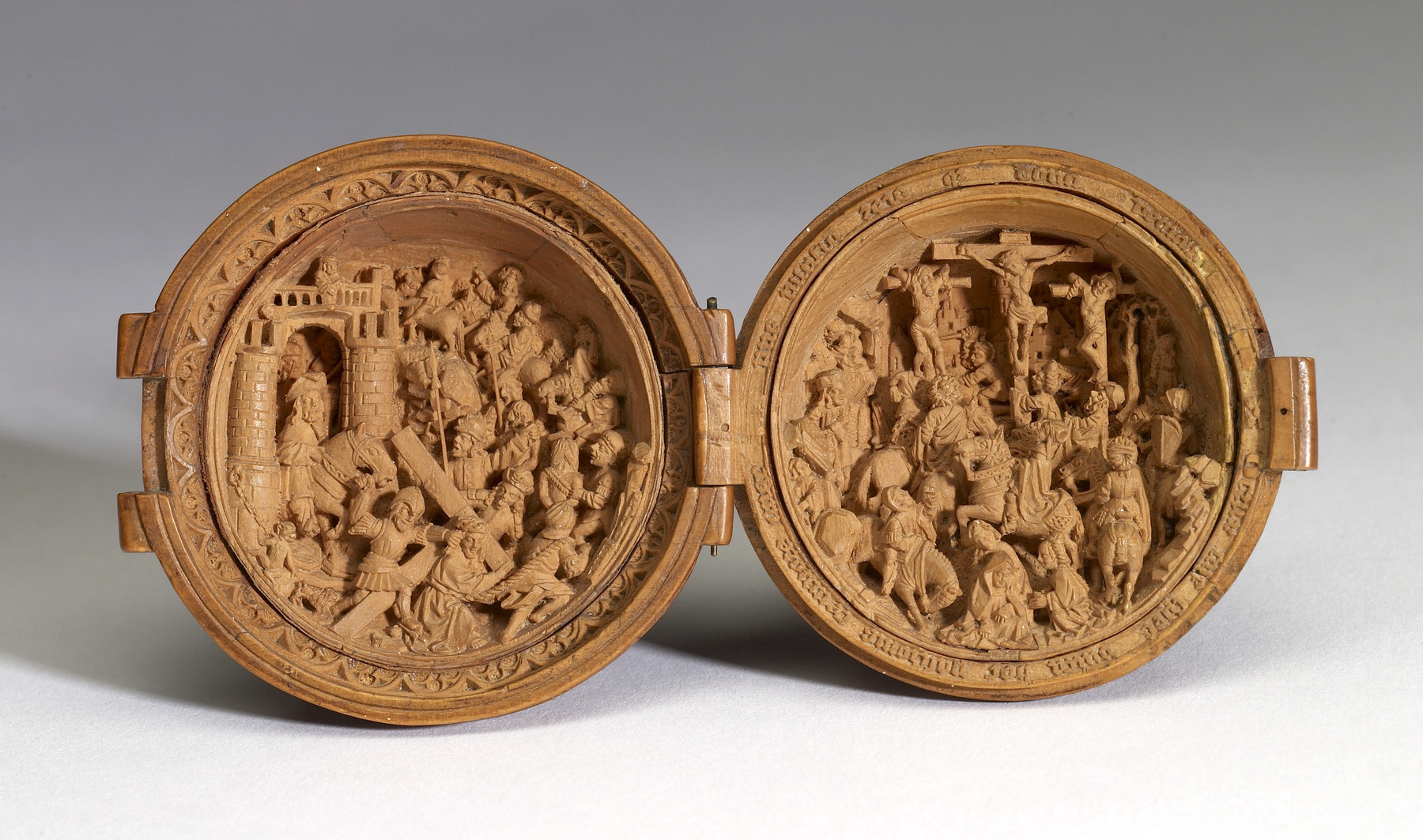 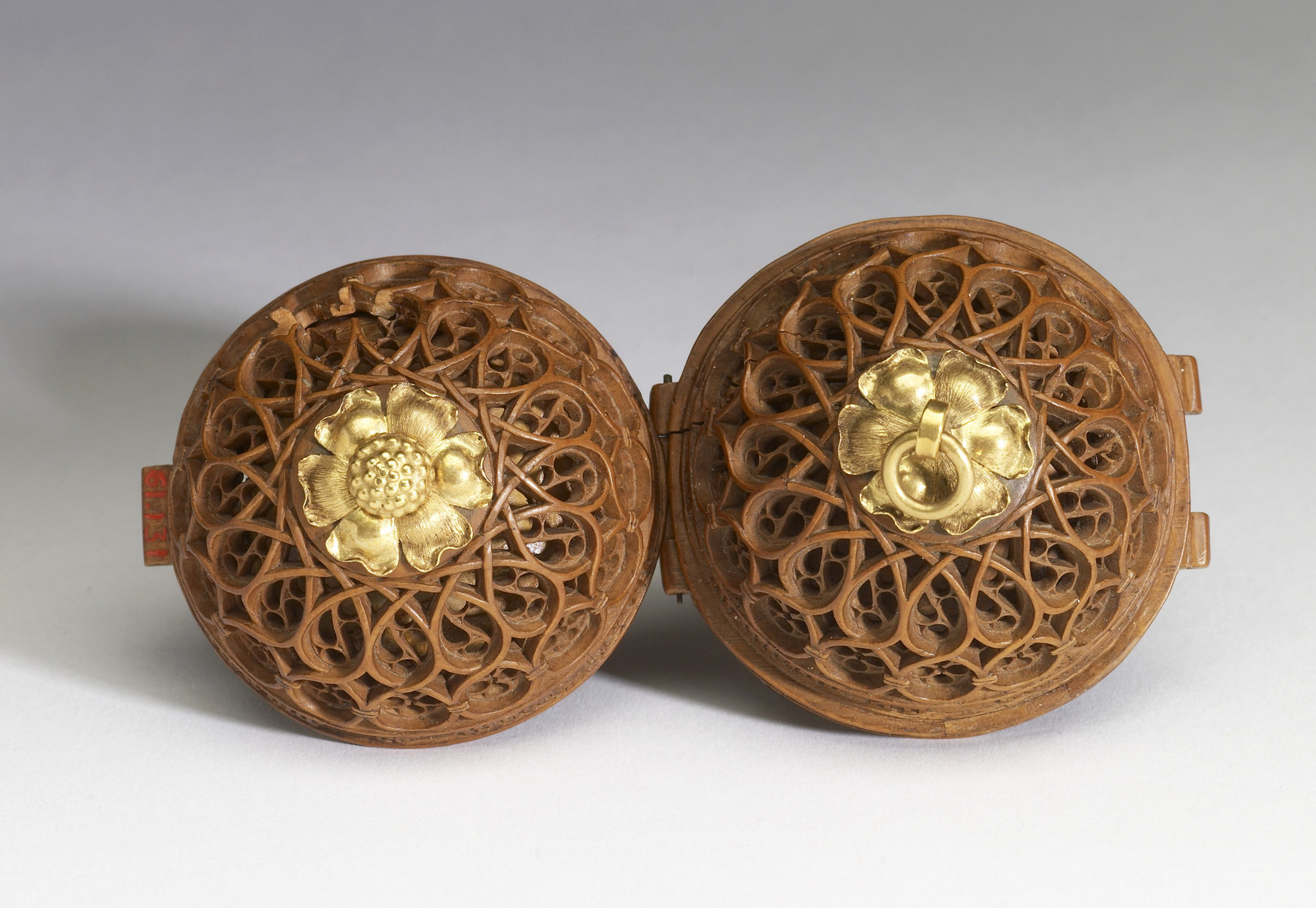 Rosary Bead with Scene of Christ Carrying the Cross

The rosary, a string of beads used by Catholics as an aid in reciting specific prayers, was an important tool for practicing personal, private devotion. Many highly crafted rosaries featured an additional pendant, for which ivory and boxwood were popular materials because they could be so intricately carved.

Here, the filigree resembles the tracery in late-Gothic church windows. This bead opens to reveal scenes of Christ Carrying the Cross and the Crucifixion.

Even after the style was no longer in fashion and a rosary with this kind of pendant had been replaced as an aide to devotion by a more "up-to-date" rosary, these pendants continued to be valued for the virtuosity of the carving on such a tiny scale.