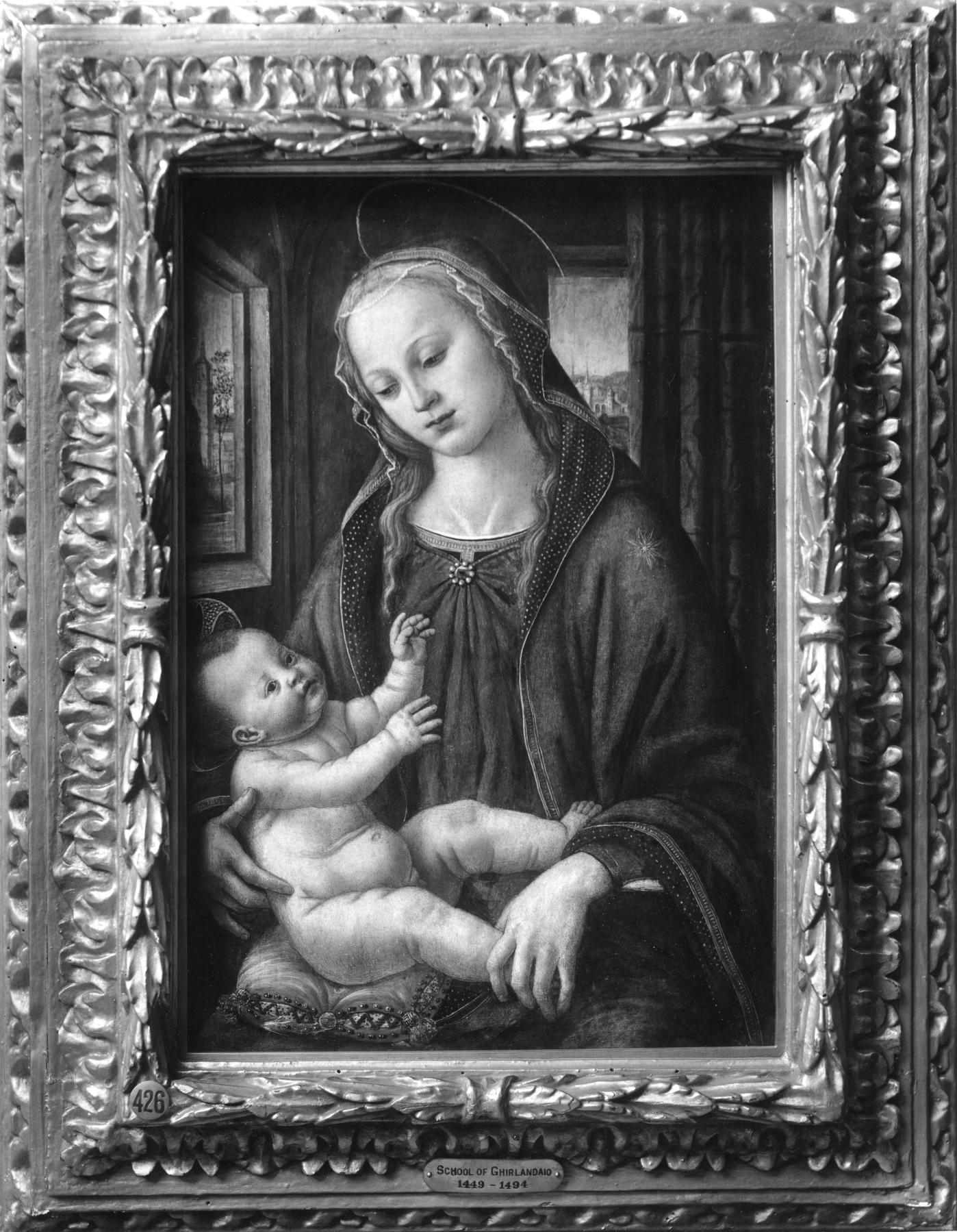 This small painting of the Madonna and Child—featuring the Christ Child lovingly reaching toward his mother as he kicks on her lap—was probably intended for private devotion in a home. The painting’s original setting seems to be recalled in the image itself, with the figures seated inside a domestic interior. They are placed in a small room before a dark green curtain pulled aside to reveal two windows opening onto a distant landscape. This latter motif is inspired by contemporary Netherlandish painting, which was highly coveted in Renaissance Florence.

Scholars have had difficulty determining the artist since the painting’s style reflects the influence of a number of artists working in Florence during the late 1400s. The famous early twentieth-century art historian Bernard Berenson considered the picture close to Leonardo da Vinci (1452-1519) and Piero del Pollaiolo (ca. 1441-1496), whereas later scholars have associated it with the workshops of David Ghirlandaio (1452-1525) and, more recently, Agnolo di Domenico del Mazziere (1466-1513).