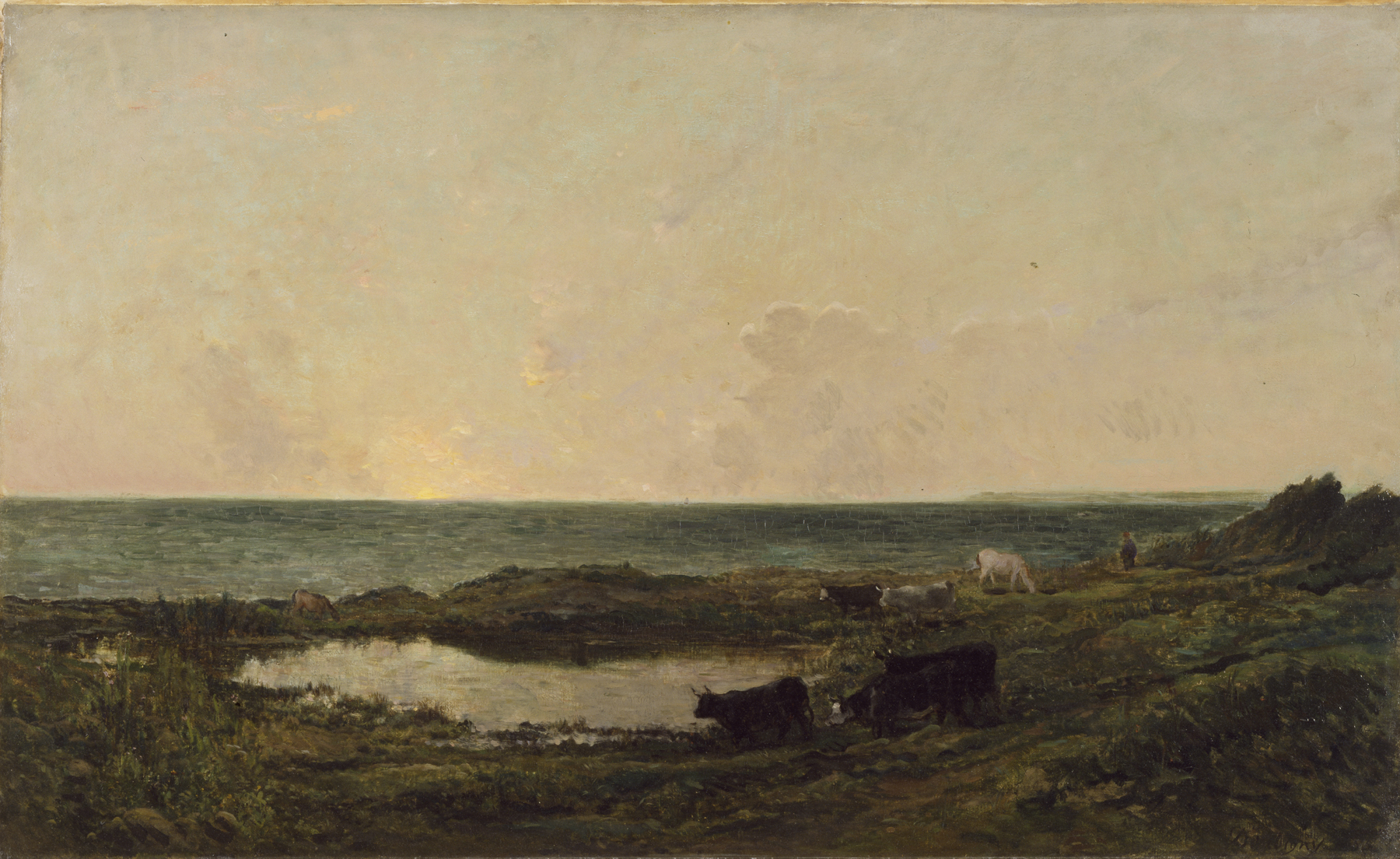 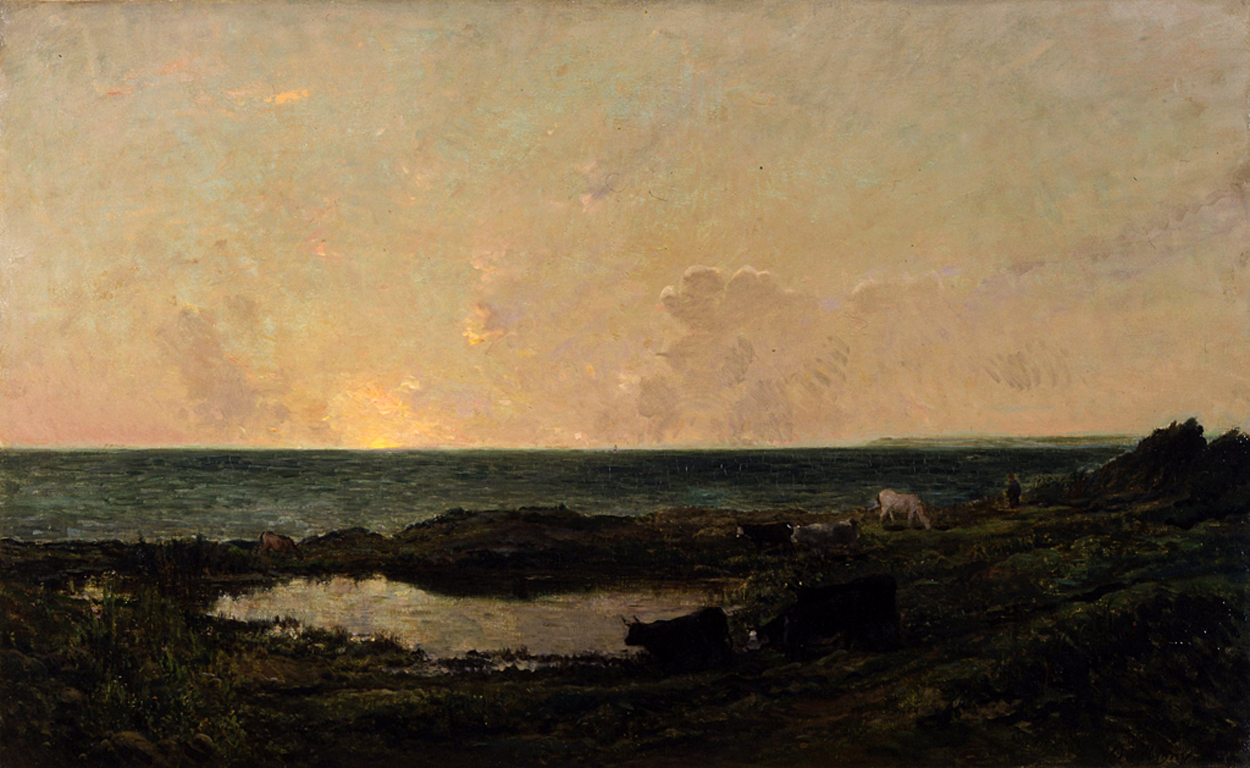 Sunset on the Coast at Villerville

Daubigny first visited Villerville in 1854 and returned each year thereafter. He built a lean-to hut for shelter and is known to have painted at least one of his large-scale paintings of the coast entirely on the spot. He wrote:

I look at the sea, and it is so beautiful that I have no desire to go anywhere else. . . . I have seen sunsets that make those of [the French Baroque painter] Claude Lorrain seem very dull.

In this sunset view, the range of colors in the sky, from pinks to lilacs to yellows, highlights Daubigny's ability as a colorist.