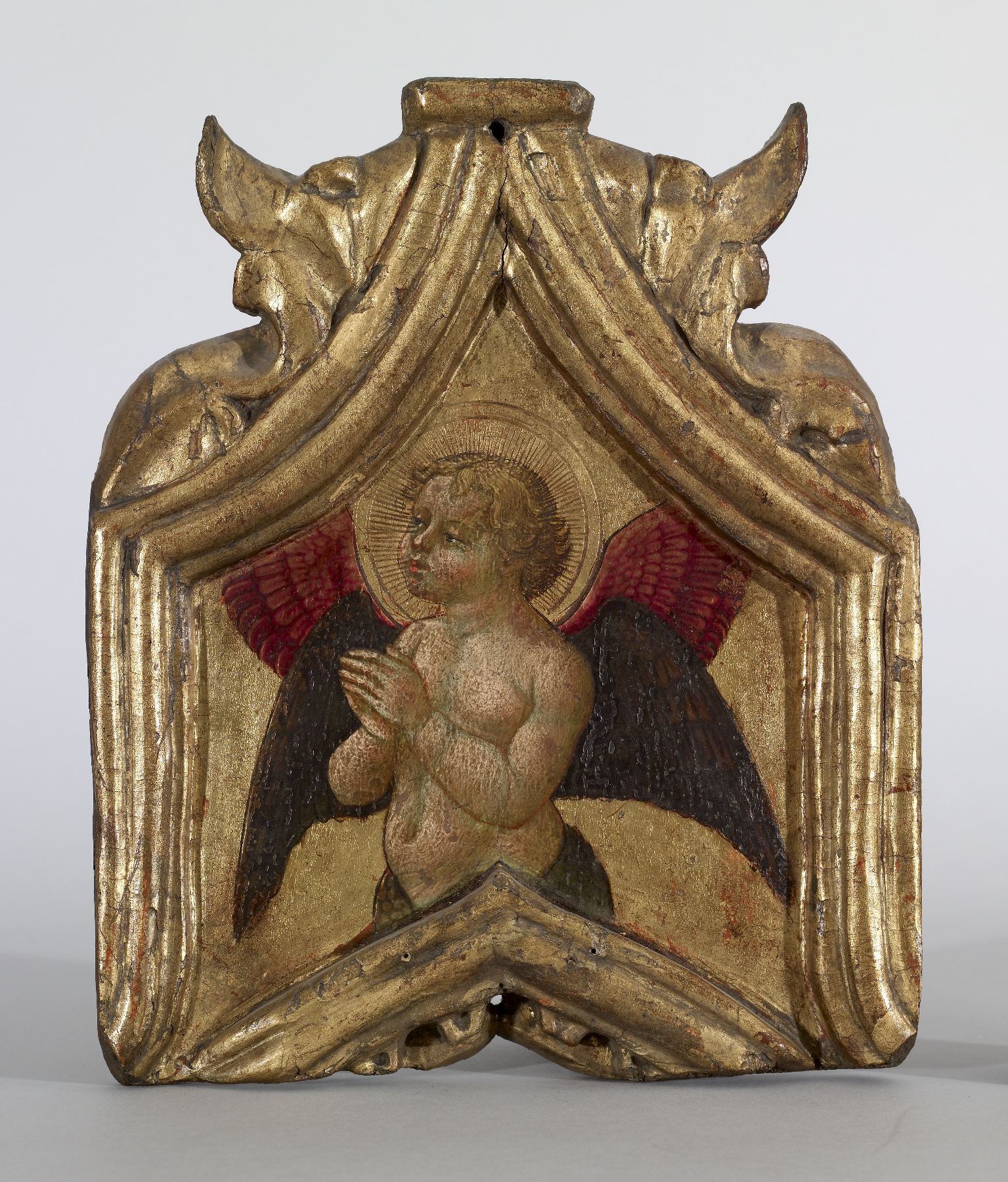 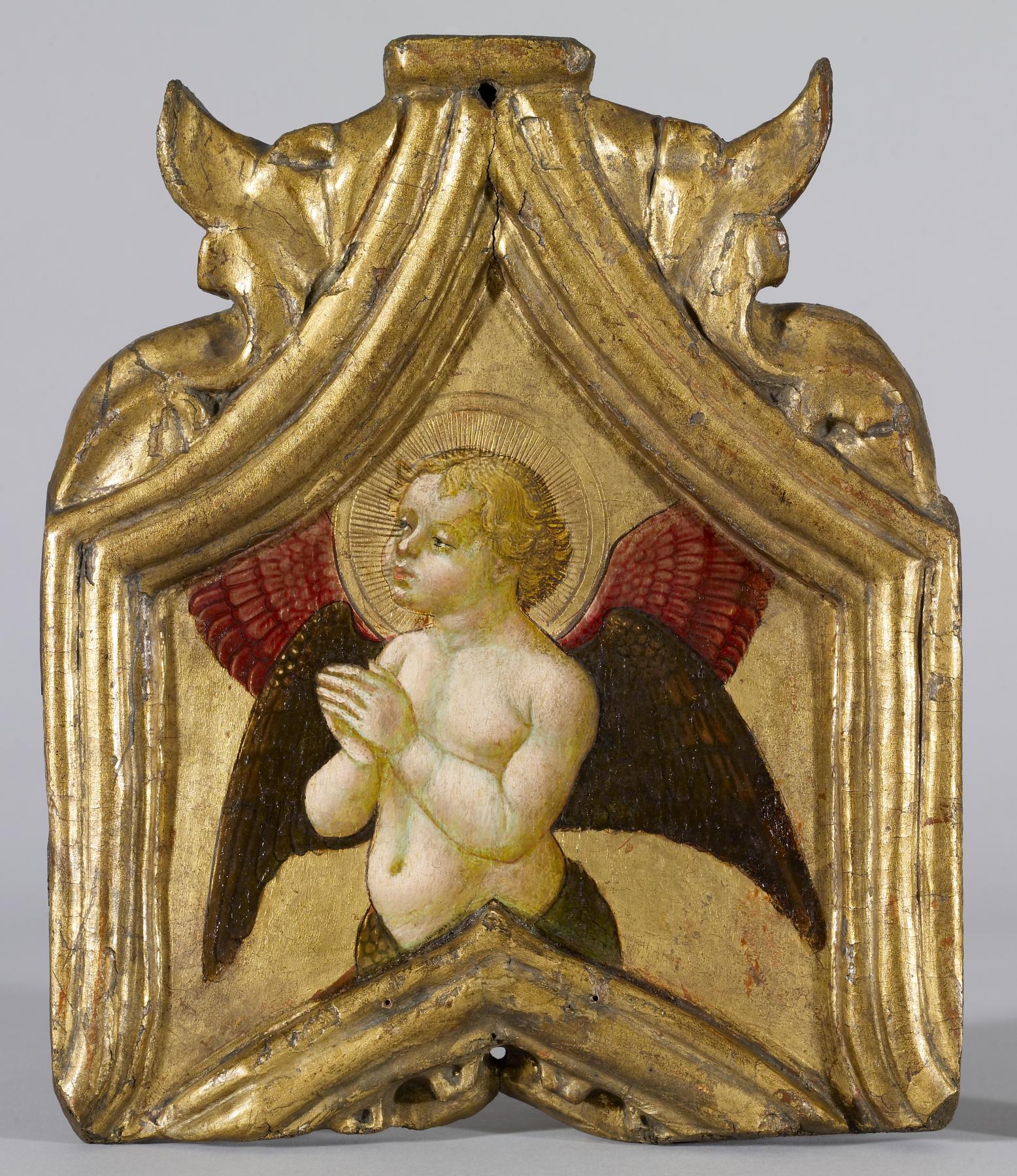 Together with 37.620A-E, this panel of a seraph, or six-winged angel, comes from the frame of a monumental polyptych, or multi-paneled altarpiece, by Niccolò da Foligno, one of the foremost painters in the Central Italian regions of Umbria and the Marches in the mid- to late 1400s. This panel was installed beneath the one of the pinnacles (crowning elements) of one of the central panels. The other panels from the altarpiece to which the Walters panels belonged remains lost or unidentified. For an intact altarpiece by Niccolò da Foligno with a similar set of pinnacles, see the example at the Vatican Picture Gallery in Rome. 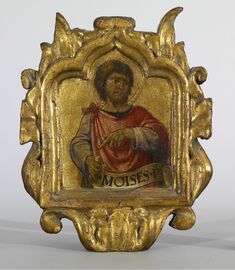 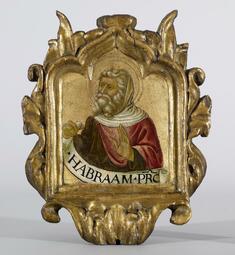 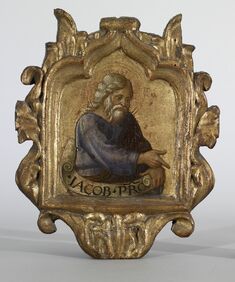 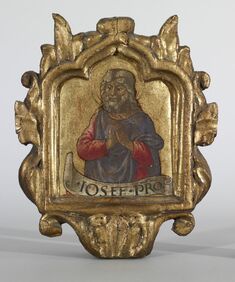 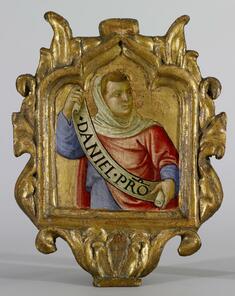