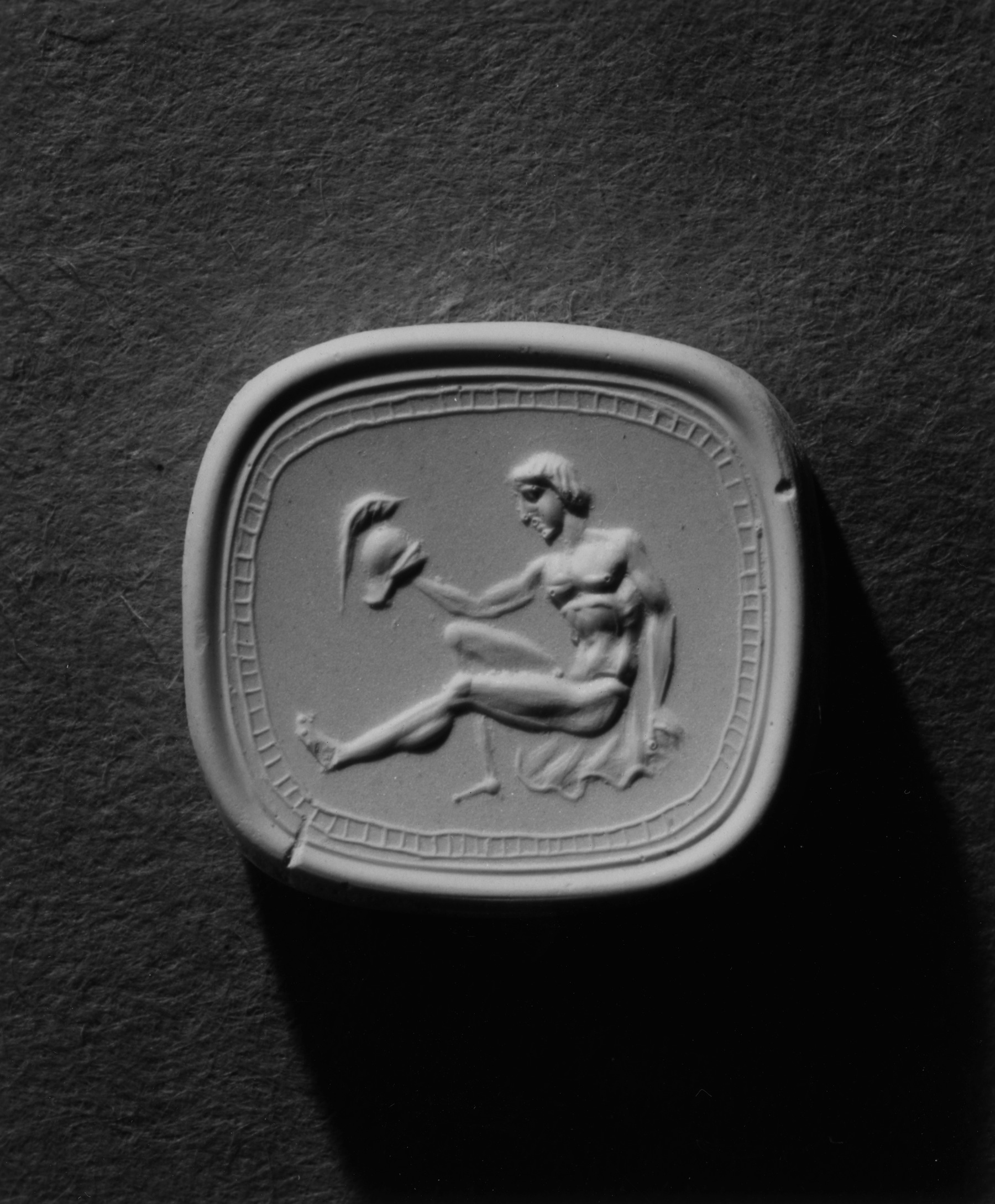 Intaglio with a Warrior Holding a Helmet Set in a Ring

This intaglio depicts a warrior, possibly Ajax or Achilles, seated on a cloth with one leg outstretched. He rests his elbow on his knee and looks at a crested helmet in his left hand. A segmented border runs around the outer edge. This gem may be an 18th century imitation of a 5th century BCE Etruscan gem.