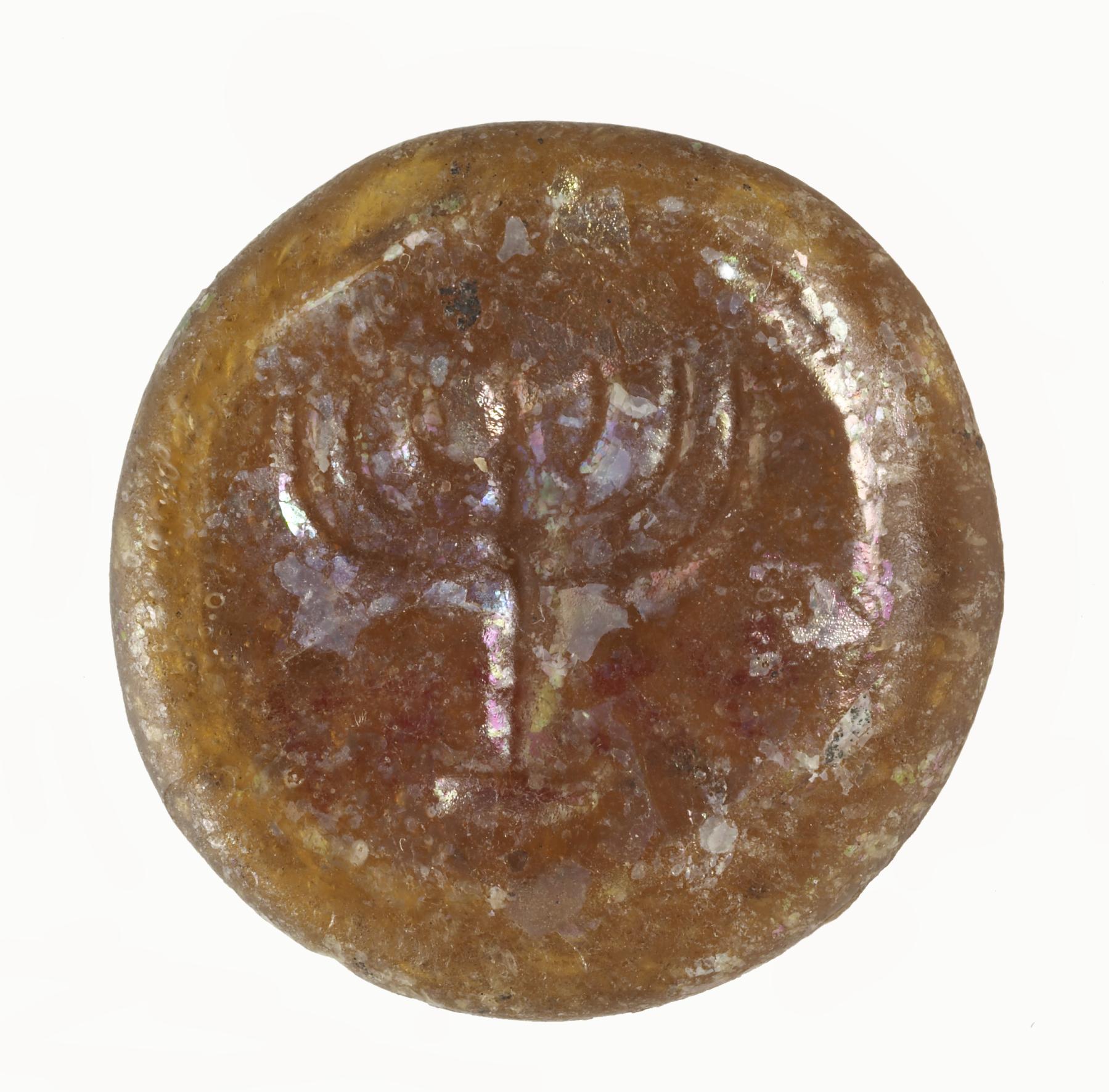 This token displays an image of the menorah, the seven-branched candlestick used in Jewish temples. Made for private use, such tokens were at times inscribed with the name of the owner. In this period, the menorah was considered a symbol of the Jewish hope for deliverance from persecution and was imprinted on small amulets throughout the eastern Mediterranean region.