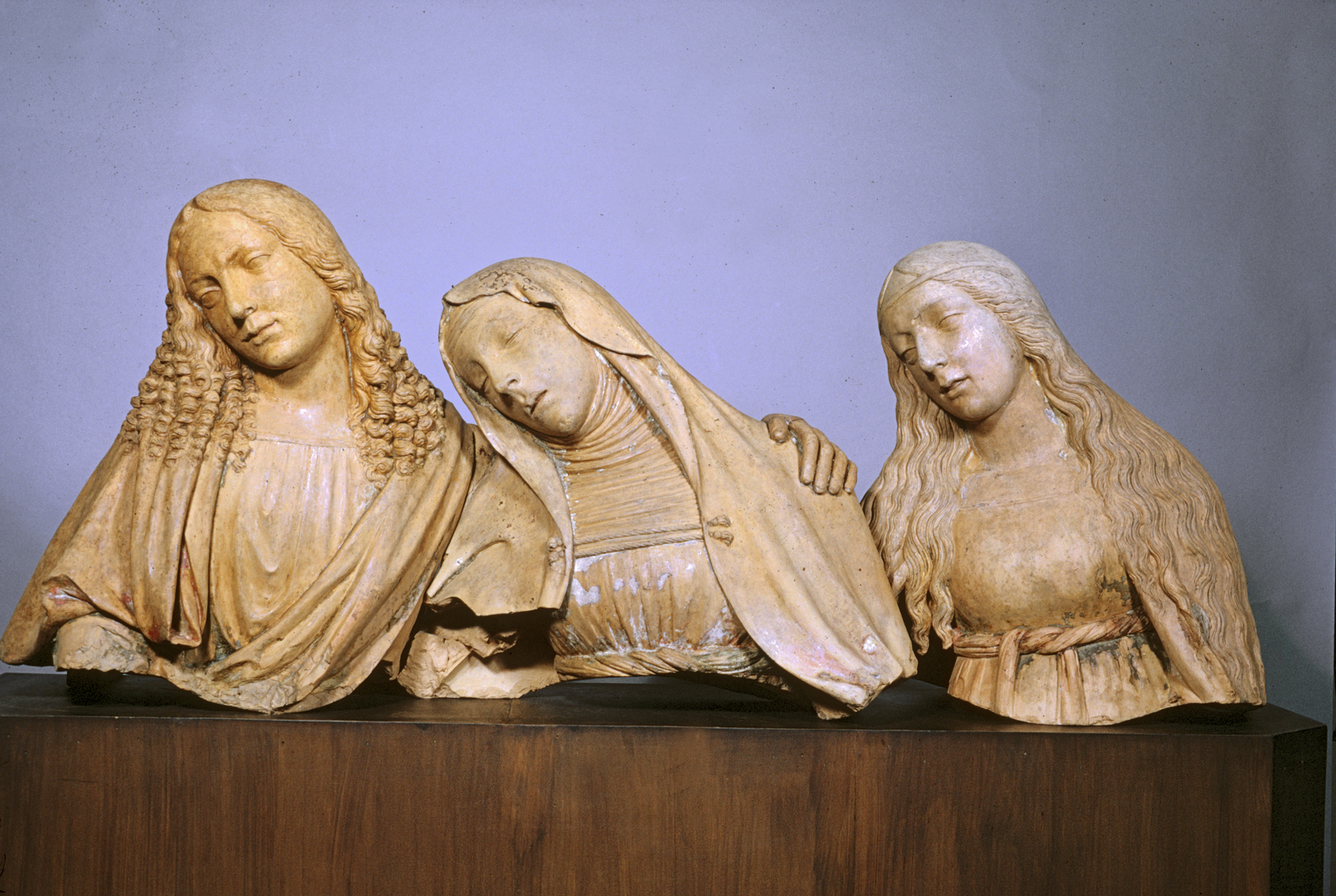 These three terracotta figures, which originally were painted with multiple colors, are from an unknown group of sculptures, probably showing the Lamentation of the Dead Christ. Such dramatic groups, which were installed in churches, were popular in northern Italy, where they provided the devout with a focus for meditation on the sufferings of Christ and those who loved him. These figures show subtle variations in their response to Christ's death.