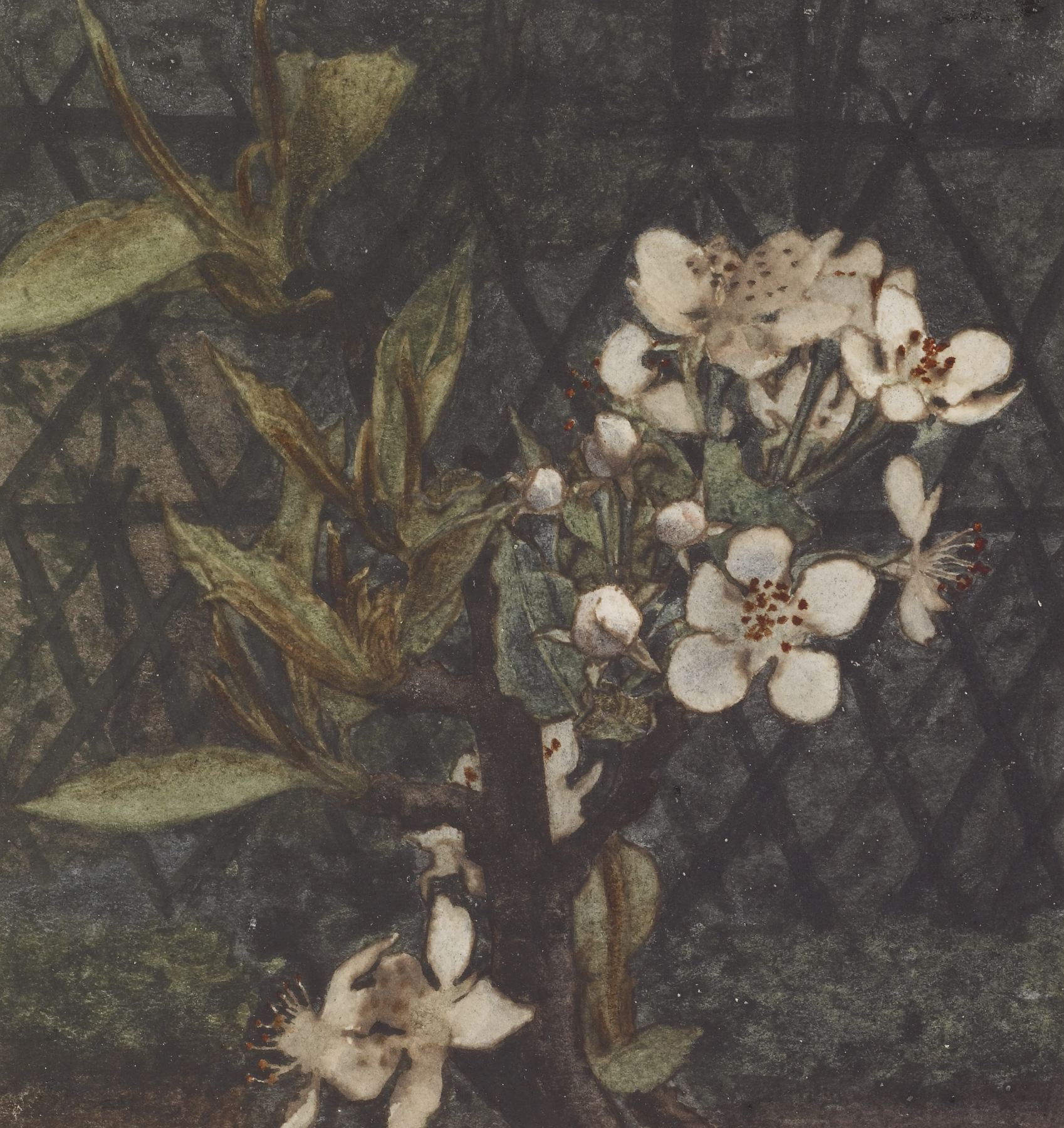 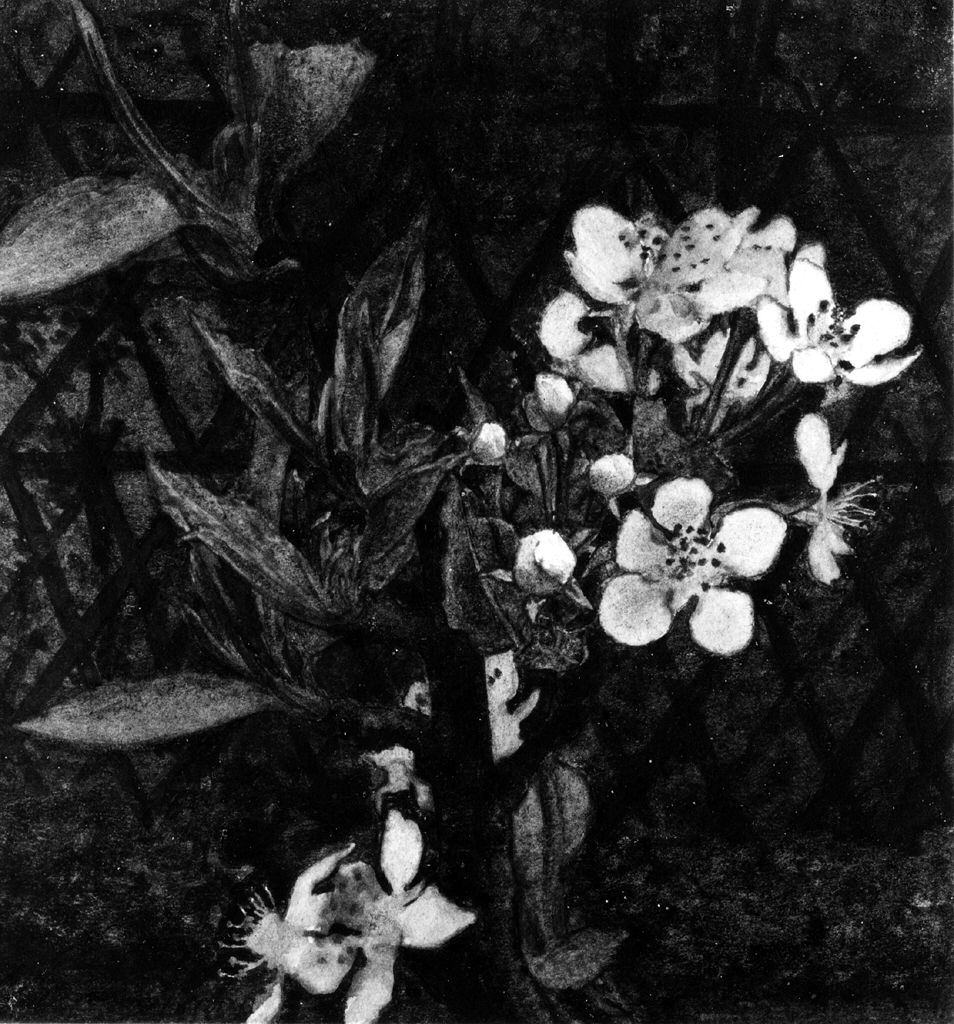 "It is a branch of an apple-tree in full bloom; the brown bark and the leaves without elegance set off with all the more vivacity the buds still enfolded and the open petals with the roseate virginal brightness. Starting from a trunk . . . the branch spreads its luminous or softly shaded mass against the background of a wooded inclosure [sic] forming a wall of leaves fretting the azure of the sky into a thousand blue lozenges and diamonds."
Philippe Burty, "Léon Bonvin," Harper's New Monthly Magazine, December 1885, sponsored by William T. Walters.