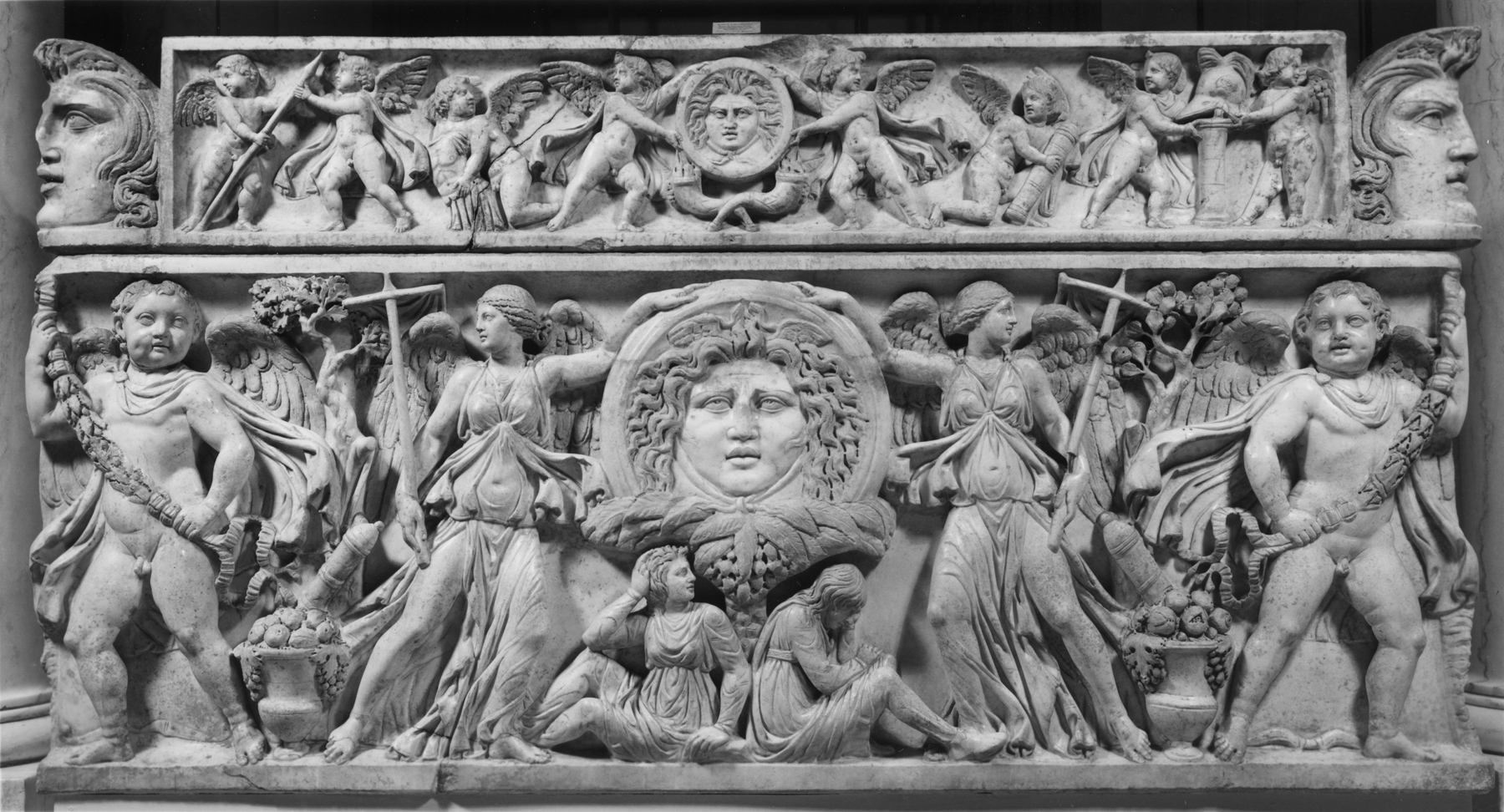 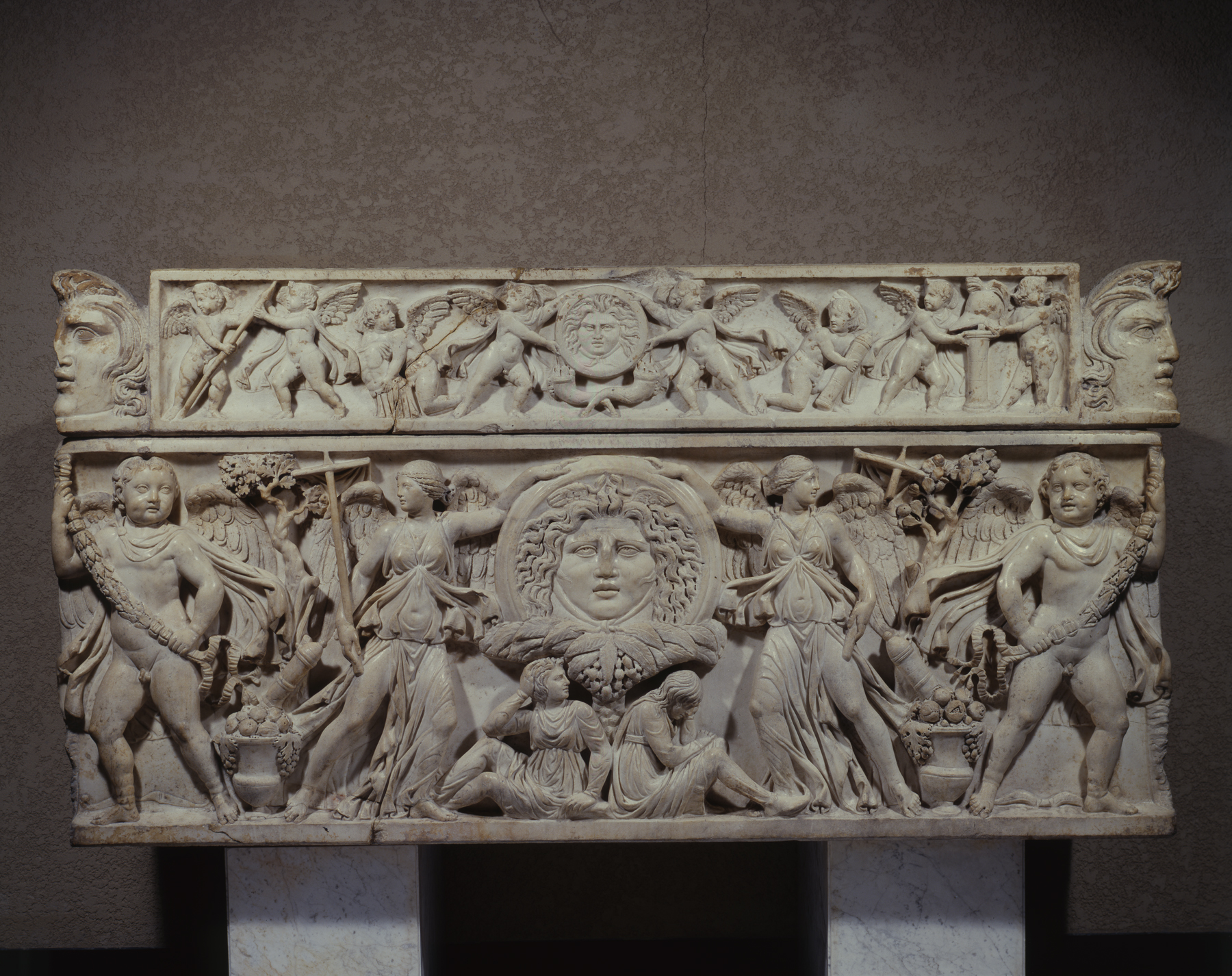 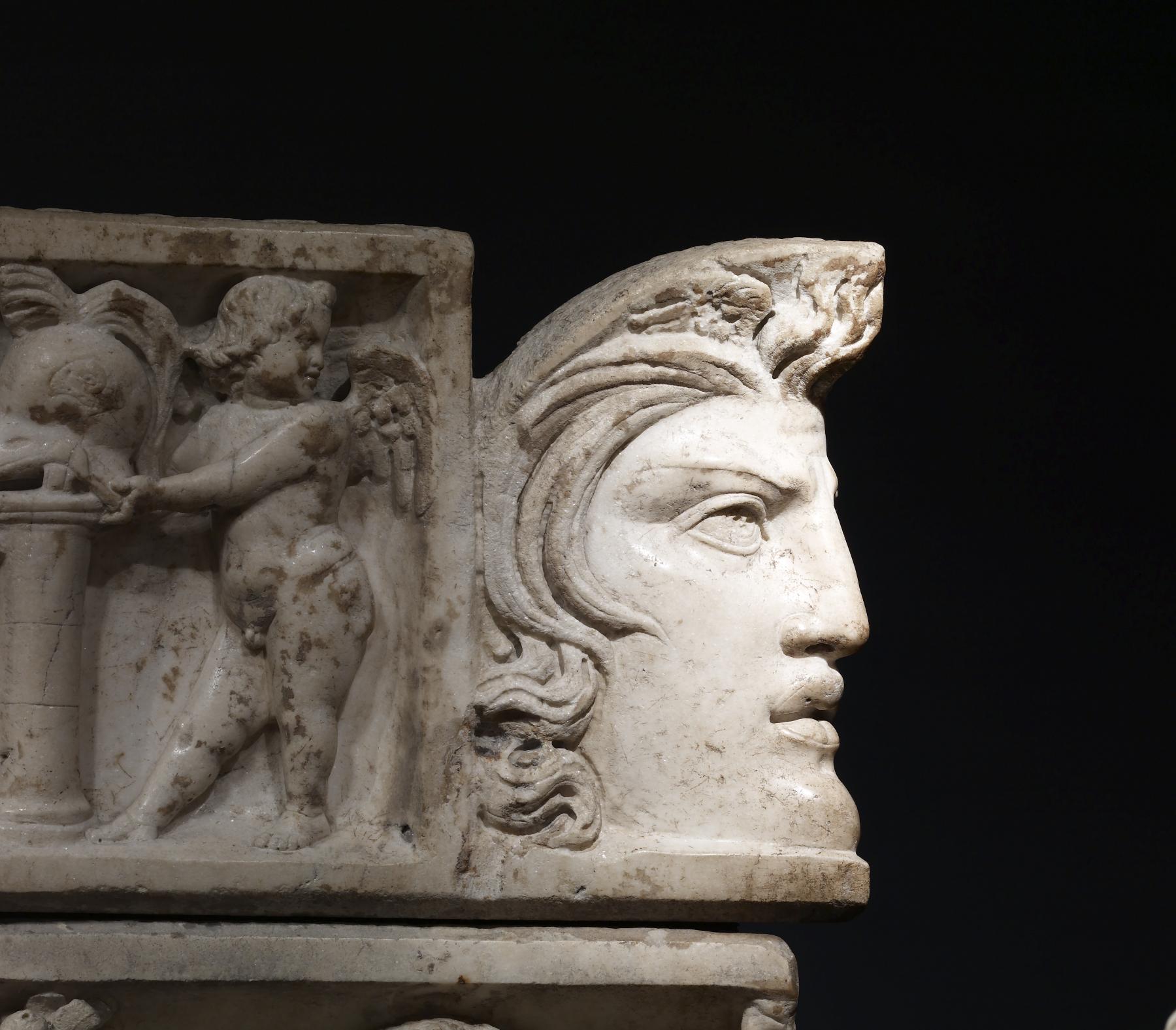 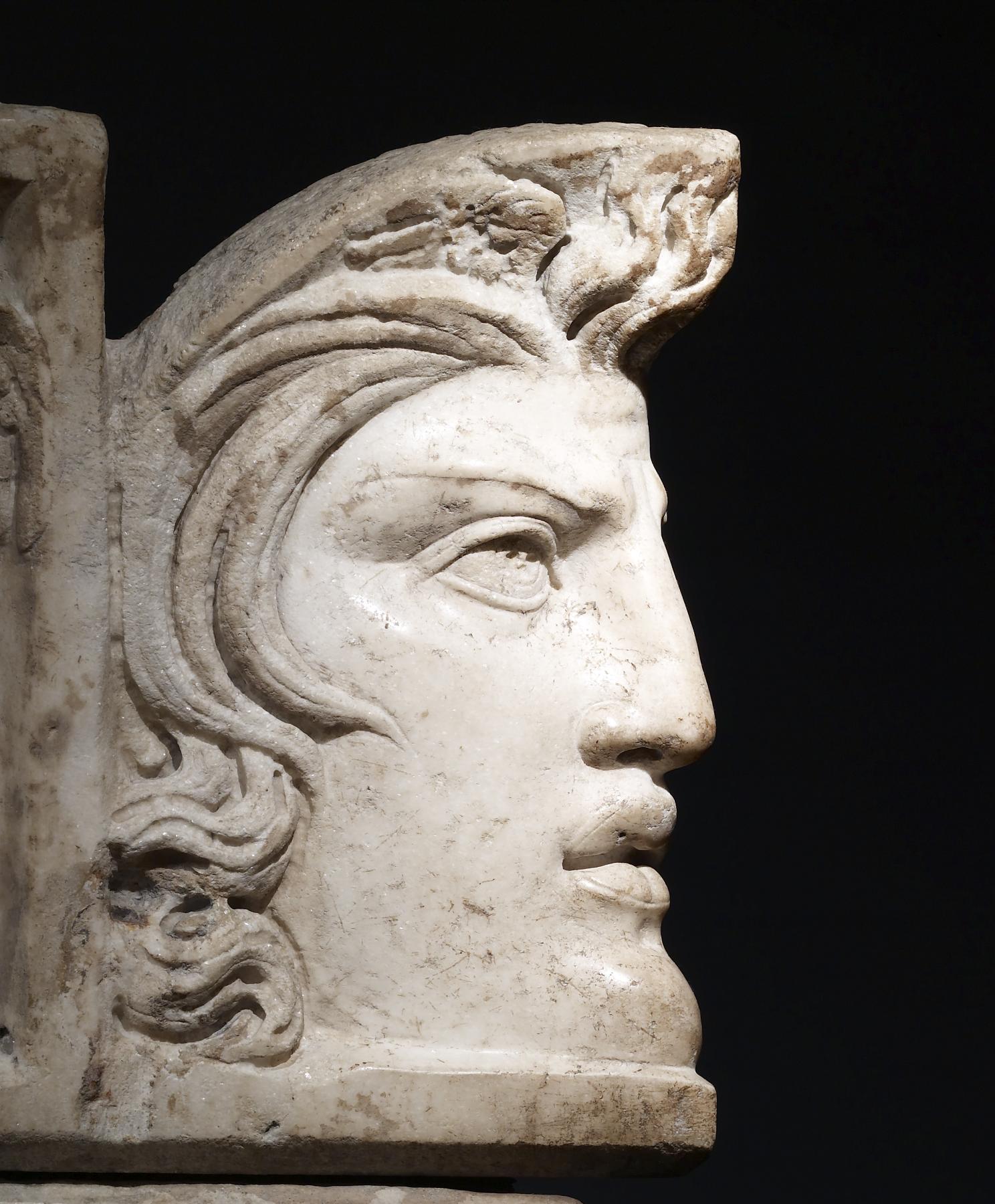 The scene on the front of this sarcophagus, carved in high relief, shows two figures of Victory holding standards and flanking a large shield decorated with a Gorgon's head. As is typical in Roman illustrations of triumphs, figures representing vanquished barbarian prisoners are seated below the central shield. Both prisoners are female; the one on the right appears lost in grief, while the figure on the left sits proudly with her head raised. Towards the corners, large Eros figures carry garlands of laurel. Across the front of the lid, winged Eros figures imitate the central scene below, while others erect a trophy from captured armor. The symbolism of the whole celebrates the victory of life over death.