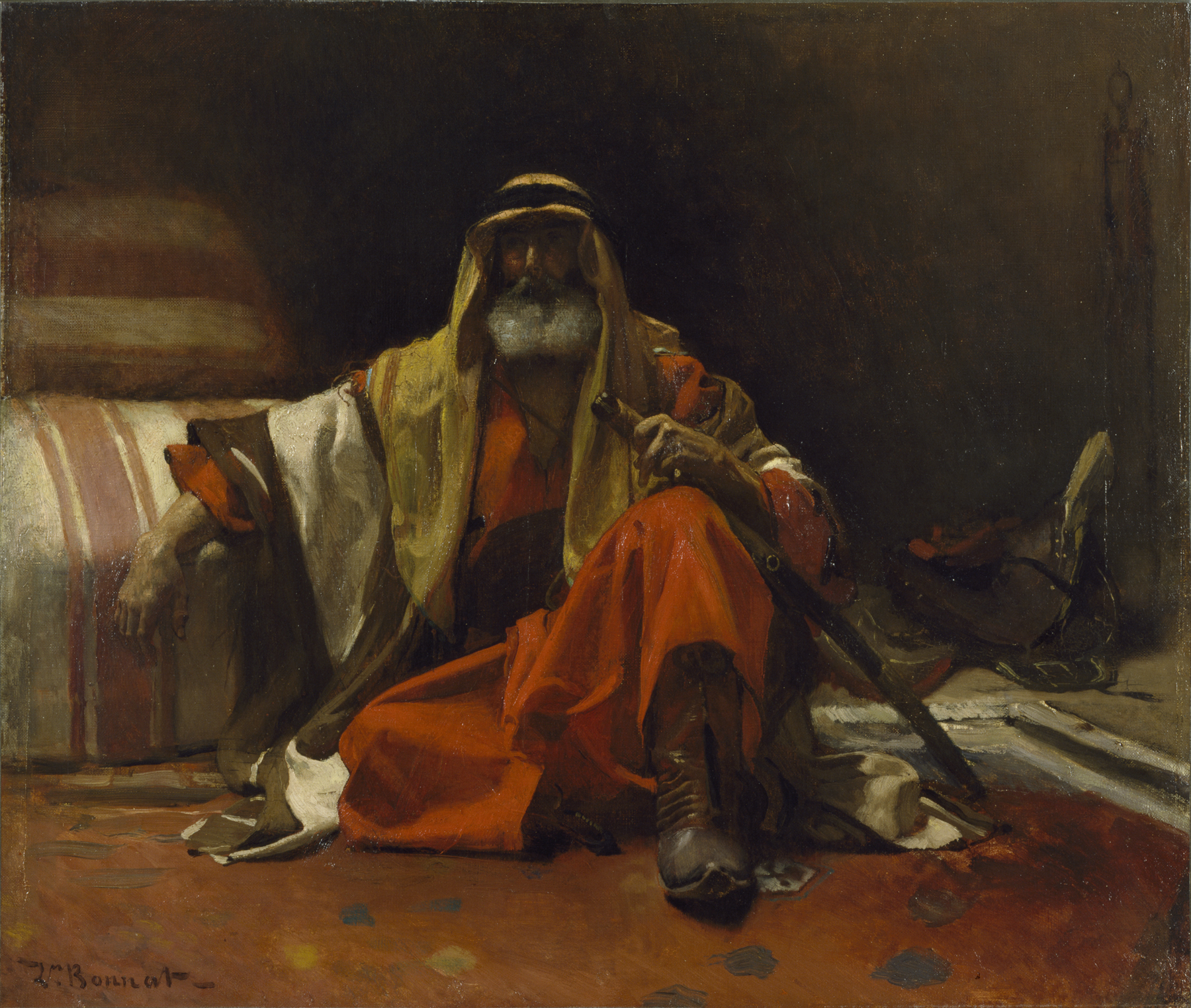 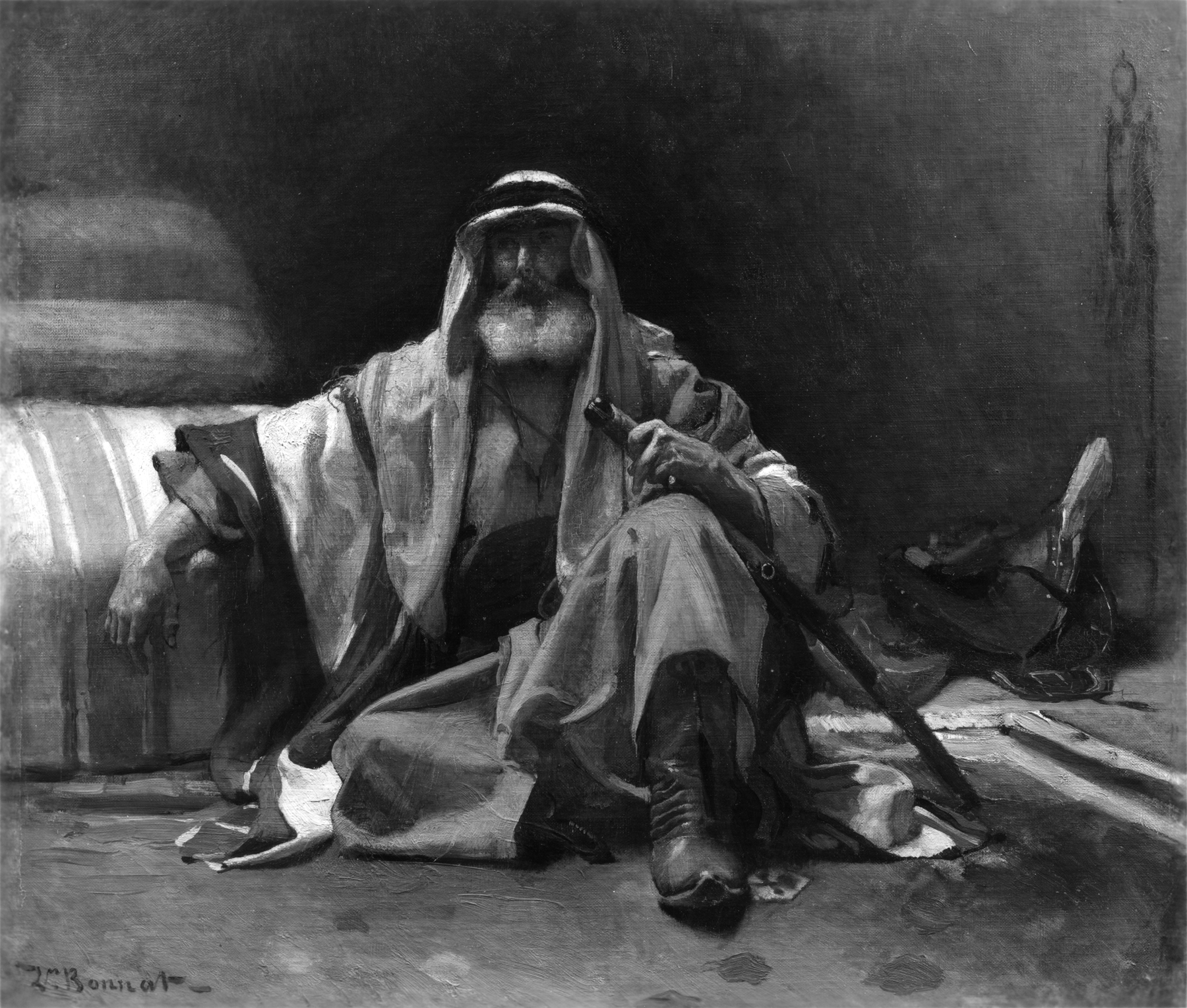 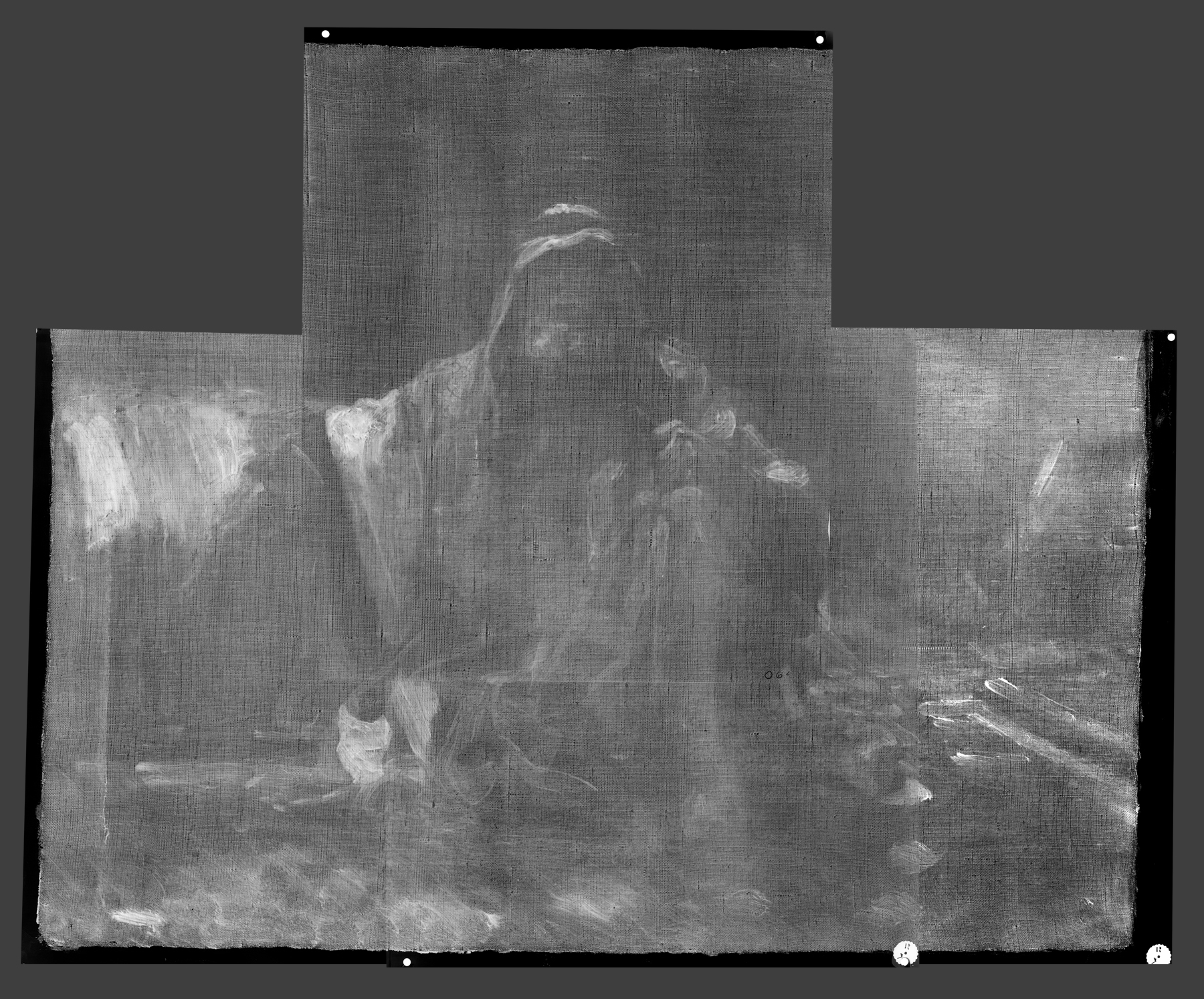 During 1868–69, the artist Léon Bonnat traveled throughout Egypt and the Holy Land of the Bible’s Old and New Testaments. Despite having observed firsthand the people living in these regions, Bonnat’s painting of a sheik, painted on his return to France, reflects a limited view of Middle Eastern cultures. It is likely that Bonnat combined multiple sources in this work: a French model for the seated figure; objects, like the saddle, brought back from his travels or copied from books; and his sketched notations made while traveling. These sources were collaged together to create a painting that appears persuasively accurate, but was, nonetheless, very much the product of European stereotypes. For example, striking an imposing impression, the sheik holds a sword, which suggests his power is dependent on and maintained through force. It was a common stereotype that cultures in the Middle East and elsewhere were ruled by violence, in contrast to the supposedly more “civilized” societies of Europe and North America.

Bonnat was an influential teacher at the École des Beaux-Arts in Paris and included among his pupils Henri de Toulouse-Lautrec and Thomas Eakins.