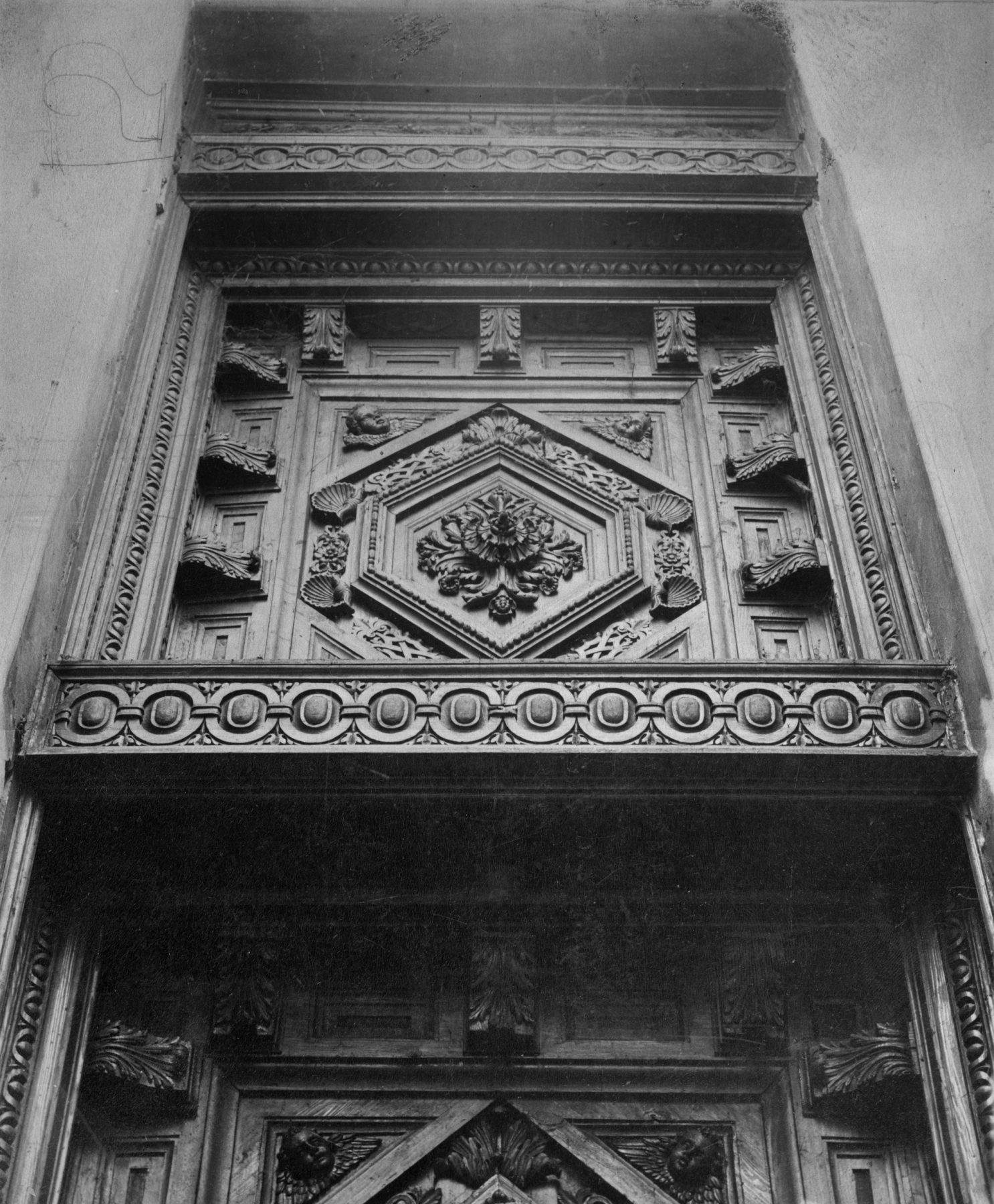 Coffered Ceiling from the Palazzo Aliverti

This coffered ceiling, a fine example of Late Renaissance architectural desgin, originiated in a Milanese palace belonging to the nobleman Costopolino Aliverti (died 1582) and was masterfully carved by two local craftsmen. It would have been a splendid complement to the frescoes that covered the walls below. The decoration includes uplifting sayings in Latin carved into plaques, such as EX LABORE GLORIA ORITUR ("Glory arises from hard work").

Henry Walters purchased this ceiling through a Venetian dealer in 1903. He removed it from its original location in Milan and had it incorporated into his museum. The shape of the room, the Chamber of Wonders, is based on the dimensions of the ceiling. The attached photograph of a single section was taken when the ceiling parts were being unpacked. Since it is now hard to photograph in its entirety, you'll need to visit the Chamber of Wonders to fully experience it! See the article by C.D. Dickerson, III, "A Renaissance Ceiling in Baltimore from the Palazzo Aliverti in Milan," in "The Journal of the Walters Art Museum" 63 (issue year 2005; published 2009).